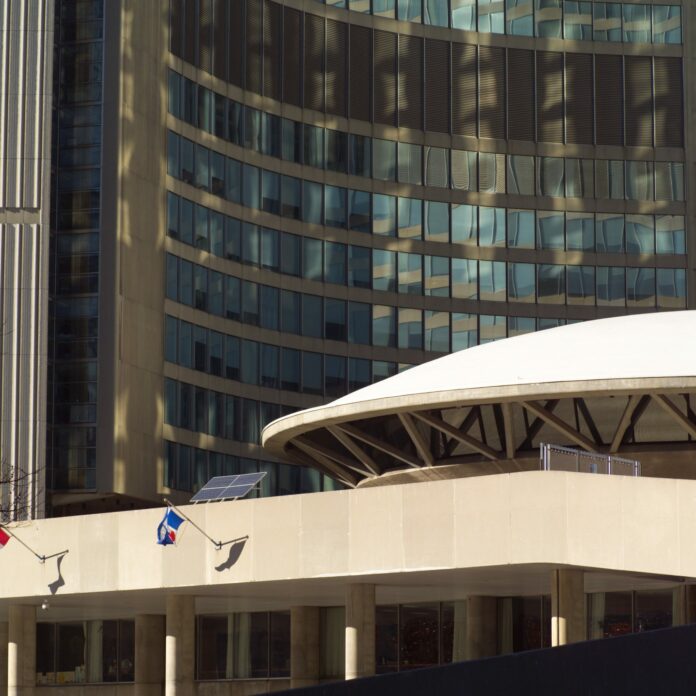 Canadian cyber-security experts from both the public and private sector descended upon Toronto today to take part in Technicity, an event co-hosted by IT World Canada and the City of Toronto.

In between the keynote presentations and panel discussions, the ITBusiness.ca team connected with some of the speakers about their highlights of the day and key takeaway lessons.

More Technicity coverage:
The Internet is a ‘friend, but there are foes,’ Michael Geist says
Toronto’s top-notch ICT cluster [infographic]

The City of Toronto launched its innovative open data initiative to give its citizens better access to publicly available information and improve transparency at City Hall. It allows users to sift through everything from councillor’s budget usage to TTC ridership and food bank visitor numbers. The city hopes such data will be used for positive purposes, says Rob Meikle, CIO at the City of Toronto, and that has been seen with mobile apps such as Rocket Man, which helps navigate TTC routes and see when your bus is coming. But an organization that presents data without a clearly identified purpose must also be prepared for the data to be used in a negative way, possibly as part of nefarious activities.

Is Canada ready for the modern risks posed by the cyber-security landscape? That is the question that was put to panelists moderated by Andy Papadopoulos, president of Navantis. He learned that in today’s world, the local police department is expected to deal with a stolen WiFi signal, and every corporation is likely breached even if they don’t yet realize it.

Companies are facing the tension of letting employees use technology they are comfortable with and more likely to be productive with versus the security risks of allowing that sort of access, says Doug Cooke, director of engineering at McAfee Canada. To make securing an organization manageable, those responsible for doing so must talk to business leaders about what data is critical to the business and then focusing a plan around that.

Brian Jacksonhttp://www.itbusiness.ca
Editorial director of IT World Canada. Covering technology as it applies to business users. Multiple COPA award winner and now judge. Paddles a canoe as much as possible.
Previous article
The Internet is a ‘friend, but there are foes,’ Michael Geist says
Next article
How the City of Toronto tackles cybersecurity