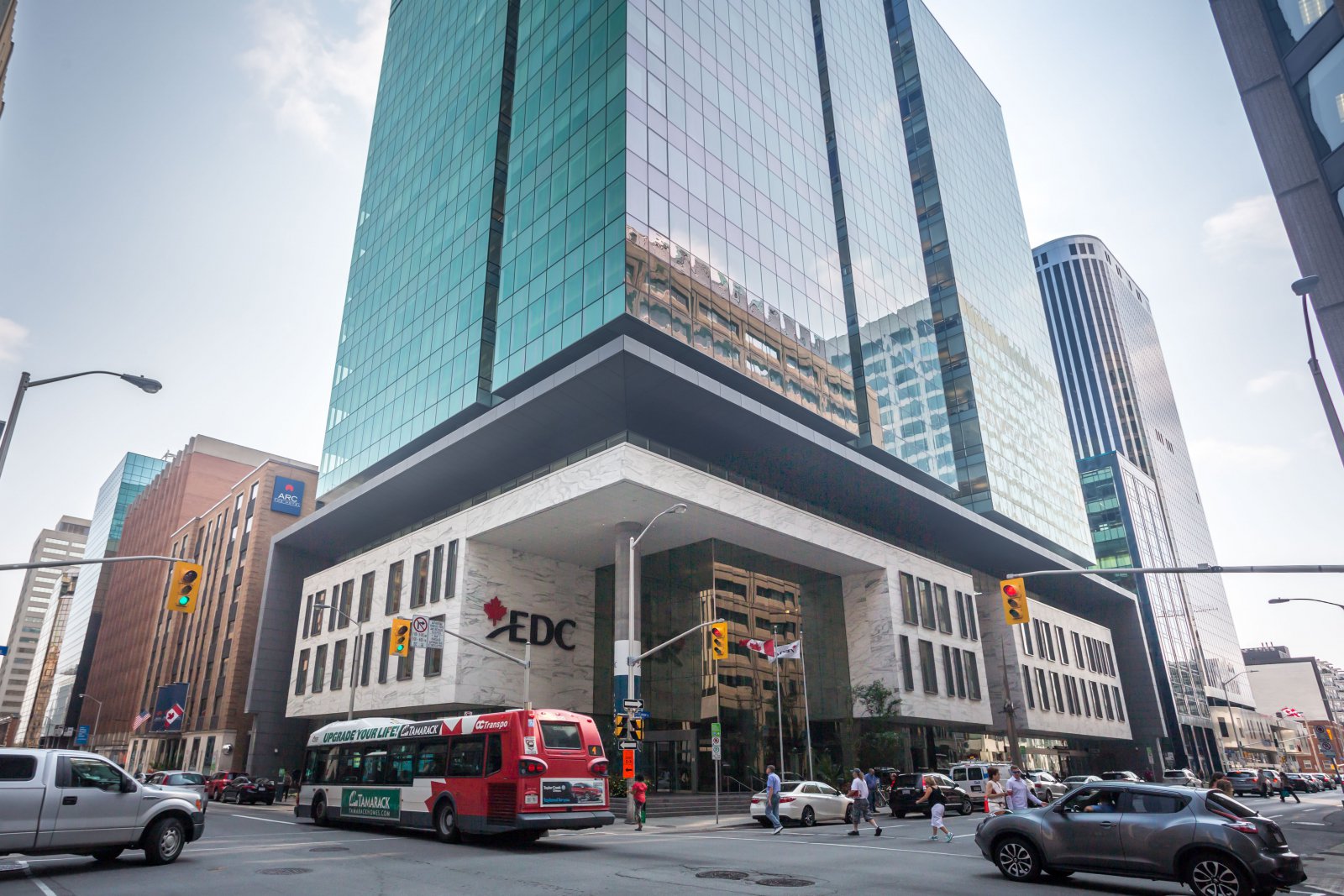 Having come through a period of market flux since 2008, Export Development Canada (EDC) set its sights on transformation.

“EDC’s world was being changed by factors beyond its control,” Ian Lee, National Transformation Leader at Deloitte Digital, wrote in the organization’s nomination form. “They had three choices: do nothing and hope things went back to the way they were; make a few tweaks and hope for the best; or do what had to be done in a bid to remain relevant.”

EDC, a Canadian Crown corporation that provides trade finance and risk management services to Canadian exporters and investors in up to 200 markets worldwide, went with the third option; its digital transformation, underpinned by culture change, became a five-alarm call to action.

EDC, which has been nominated for a Digital Transformation Award in the Large Public Sector Transformation category, wanted to build on previously established Lean transformation initiatives. To ensure its continued relevance in the marketplace, the organization established ambitious goals for 2020, such as doubling operating revenue and quadrupling the size of its customer base.

“To achieve these goals, EDC came up with a digital strategy entailing a relentless focus on customer centricity, enterprise-wide digital agile capabilities, and operating model redesign,” Lee wrote. “The organization also recognized that new ways of working and smart strategies to embed new behaviours into EDC’s culture would be required.”

Sign up! ITWC’s Digital Transformation Awards ceremony to be held in Toronto on August 14, 2018.

A Digital Agile centre of excellence was established, accompanied by a broad-ranging change management and communications plan, forming the core of what became known as Digital Delivery Enablement (DDE).

Through a series of immersive workshops involving executives, middle management and team members, key components of DDE were decided on:

In addition to these and other tangible business benefits, EDC also noticed a strong support for Digital Delivery adoption and improvement in the implementation of its principles, contributing to higher employee satisfaction.

It was also essential that EDC redesign its culture and leadership. To that end, it undertook a digital maturity assessment, measuring its organizational traits, mindset, and behaviours against 23 dimensions that have been shown through academic research to be the most critical indicators of a strong digital culture.

“A broad survey cohort across multiple areas of the business was assessed,” Lee wrote. “Working from the indicators determined to be the most critical to EDC’s 2020 goals, organizational playbooks were developed for each, which laid out the plan and activities for incremental and lasting culture change. Importantly, they took into account and built upon pre-existing work, communications, and values of the organization.”

IT World Canada Staff
Previous articleHashtag Trending – Increased tech use could lead to ADHD in teens, IBM sues Groupon, human-machine mind control may be a reality
Next articlePrime Day brings in record sales for Amazon

Removing friction on the journey to digital transformation – CMO Talks with...