If your business has a Black Friday or Cyber Monday sale that relies on a smartphone app to reach mobile consumers, you have millions of reasons to make sure it’s in good working order.

Nearly $300 million USD in revenue is at risk, according to mobile research firm Apteligent, Inc., which has helpfully calculated the impact app crashes could have on this year’s Black Friday shoppers based on sales data from last year.

“The best case scenario is that an app experiences zero crashes,” Apteligent co-founder and chief strategy officer Andrew Levy explained in a Nov. 18 blog post. “Even then only about 80 per cent of consumers will return the next day.”

According to a recent Apteligent study, the number of returning customers falls to 55 per cent if they load the app once and it crashes, Levy wrote – so if every retail app user experienced at least one crash while shopping at peak hours, the losses could quickly start adding up: 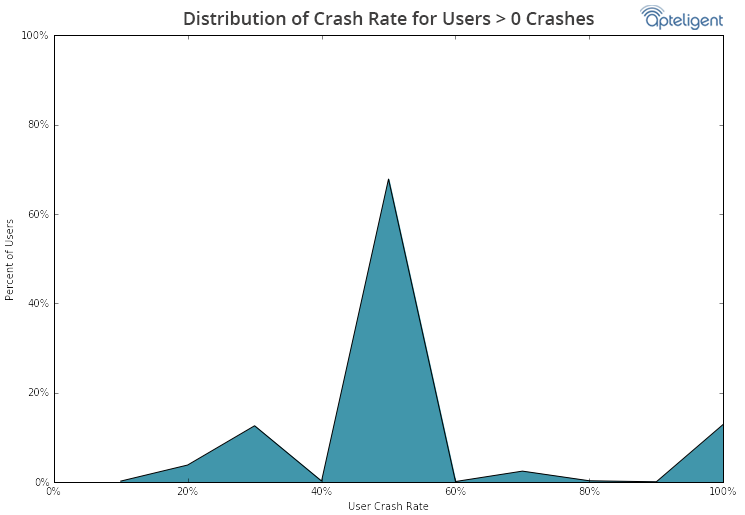 To determine the value of each customer lost, Apteligent started with the total amount spent on Black Friday in 2015 – $2.72 billion USD – calculated the amount that came from mobile customers – 34 per cent, according to Adobe Systems Inc., or $925 million USD – and divided that by the total number of mobile shoppers – 15 million – arriving at a total of around $60 per person ($61.66, to be exact), Levy wrote.

Last year, more than 74 million people shopped on Black Friday, spending an average of $60 per person.

If a similar number of users log in this year, he wrote, and their apps crash in the manner depicted above, that means:

“We of course expect better performance from shopping apps, but a fun exercise nevertheless to consider the potential consequences of crashes,” Levy wrote.

Eric Emin Wood
Former editor of ITBusiness.ca turned consultant with public relations firm Porter Novelli. When not writing for the tech industry enjoys photography, movies, travelling, the Oxford comma, and will talk your ear off about animation if you give him an opening.
Previous article
Vancouver Canucks use SAP Hybris to get personal with fans
Next article
Artificial Intelligence for sport wearables