Contract disputes fuelled the bulk of complaints made by Canada’s small and medium sized businesses (SMBs) about their telecom services in the past year.

According to data provided exclusively to ITBusiness.ca by theCommissioner for Complaints for Telecommunications Services (CCTS), 47per cent of all issues raised by SMBs in complaints during the past 12months involved contract disputers with service providers. Bycomparison, contracts were involved in just 27 per cent of issuesraised in all CCTS complaints overall – from both SMBs and consumers combined.

“A lot of business (telecom) services are provided under fixed termcontracts and a lot of concerns are about automatic renewals or consentto renew contracts,” said CCTS commissioner Howard Maker from hisOttawa office. “And many contracts come with early termination fees,”which typically result in complaints, he added.

The real culprit may be confusion, said Roberta J. Fox, chairman and chiefinnovation officer at Fox Group Technology, a firm in Mount Albert, Ont. that provides IT, telecom and call centre consulting. In her experience with SMB clients, businesstelecom contracts are usually much more complicated than consumercontracts. 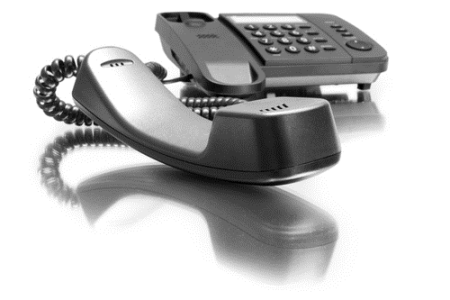 Since most SMBs refuse to ditchbusiness landline service, they filed more complaints about it thanwireless last year. (Photo: Shutterstock)

Most businesses sign up for a greater variety of telecom services thanconsumers: some are bundled together by the provider; some are not, Foxsaid. In addition, some business services are bound by tariffs – a setof complex rules and rates governed by the Canadian Radio-televisionand Telecommunications Commission (CRTC) – while others are not. Plus,tariffs differ depending on the service involved and which carrier isproviding it.

So when an SMB tries to cancel or modify certain services in theirtelecom contract, it often gets confusing and frustrating for SMBsubscribers.

“It’s very confusing which (services) tariffed and which aren’t,” Foxsaid. “You may have a combination as well. If it’s tariffed, thecontract and the service were approved by the regulators so thecarriers can’t easily change it unless they reapply for that tariff. Sothe SMB customers can’t easily know that.”

OtherSMB differences vs consumers
Things can get even trickier when resellers are involved.

“If it’s a new VAR (value added reseller) reselling a tariffed serviceand employing their enhanced (services) on top of that, it can alsocause confusion. (The VAR) may want to add something new and differentbut they’re still bound by that tariff,” Fox said.

Besides contract disputes, there were other areas in which SMBsdiffered from consumers in their complaints to the CCTS, a non-profitbody incorporated under federal legislation in 2007 to deal with issuesbetween Canadian telecom service providers and their customers.

SMBs made fewercomplaints: Issues raised by SMBS made up only six toeight per cent of issues raised by all complainants overall. Could itbe a lack of awareness about CCTS? Fox puts it down to a simple fact:SMB owners are often too busy to deal with telecom issues. “It takestime away from their business to complain,” Fox said. “Usually the onlytime I see them complain is when it affects their customer service.”(CCTS defines SMBs as businesses whose average net monthly invoice fortelecom services for the previous three months was $2,500 or less.)

SMBs complained moreabout landlines vs wireless: Wireless serviceswere involved in 60 per cent of all complaints overall but generatedjust 30 per cent of complaints from SMBs. Instead, the combinedcategory of landline and voice over Internet protocol (VOIP) servicewas the top annoyance among SMBs. That’s likely because consumers areditching their home landlines to go completely wireless – somethingmost businesses won’t do. “Small business is much more reliant onwireline phone service than consumers tend to be,” Maker said.

The SMB complaints data for 2011-2012 can’t be compared with previousyears because this is the first time the CCTS has ever crunchedspecific numbers for SMBs, a request it filled exclusively forITBusiness.ca this year.

Christine Wonghttp://www.itbusiness.ca
Christine Wong has been an on-air reporter for a national daily show on Rogers TV and at High Tech TV, a weekly news magazine on CTV's Ottawa affiliate. She was also an associate producer at Report On Business Television (now called BNN) and CBC's The Hour With George Stroumboulopoulos. As an associate producer at Slice TV, she helped launch two national daily talk shows, The Mom Show and Three Takes. Recently, she was a Staff Writer at ITBusiness.ca and is now a freelance contributor.
Previous articleAll Hands on Tech: iPad with Retina Display
Next articleMobile marketing advice from fast food brands