The social psychologist Stanley Milgram is credited with coining the phrase “six degrees of separation,” which says that everyone is linked to everyone else in just six steps. This isn’t quite correct. Instead, it really means that a very small number of people are linked to everyone else in a few steps. In reality, as Milgram discovered, not all degrees are equal, and so the vast majority are linked to the world through a few special people. In every organization, in every social group, there exists someone called a connector or network hub.

Connectors love to socialize with different people from a wide variety of social circles both at work and in social groups. While the rest of us may know many people in a few social circles such as family, friends from school and professionals with similar jobs, connectors have an nth degree of social circles and have many more conversations daily.

There are compelling advantages for understanding connectors as discussed in a 2005 networking article from Harvard Business Review by Brian Uzzi and Shannon Dunlap. First, we live in a world where public information has become abundant and inexpensive. It is the private information gathered from personal contacts that can provide a significant competitive edge. Some examples the authors cite include a “release date of a new product, unpublished software code or knowledge about what an interviewer looks for in a job candidate.” Since private information cannot be verified, acceptance depends on the level of trust that exists in the network of relationships.

Another advantage associated with connectors is that they provide access to an interdisciplinary network with diverse skill sets. Most professionals tend to cluster around like-minded people who affirm their point of view and satisfy their egos. An individual’s success in moving forward is best determined by his or her ability to transcend the natural limitations of his or her own skills and integrate with disparate skills and people. When asked the reason for his remarkable success, Linus Pauling, one of two people to ever win the Nobel Prize in two areas, said it was his diverse contacts that sparked many ideas from various disciplines.

The super connector of tomorrow will thrive in organizations that are flat without bureaucratic, power-based hierarchies that traditionally stifle innovation. The shape will resemble a pancake rather than a pyramid and one’s position or status will be less relevant in identifying these connectors. Instead, interest-based networks where different people are linked based on a common purpose and a shared goal will create powerful trust relationships and influencer relationships. Smart executives will quickly realize connectors who have a rare ability to link disparate people and departments can come from anywhere in the organization.

An example of an unlikely connector was Bill Gates’ mother, who was instrumental in jump-starting her son’s career. In the early 1980s, Mary Gates, a librarian, sat on the board of the United Way with John Akers, an executive with IBM. Both shared an interest in volunteering their time for a worthy cause. As expected, they learned about each other’s personal and professional backgrounds and developed a trusting relationship. When Akers mentioned IBM was looking for a large software company to partner with, Mary suggested he consider proposals from smaller, more innovative companies, one of which eventually came from Microsoft.

The next time you come across someone who has an uncanny ability to remember birthdays and knows an eclectic array of people, stop and take a moment to connect with this influencer.

Flavian DeLima is a career and business writer and consultant. [email protected] 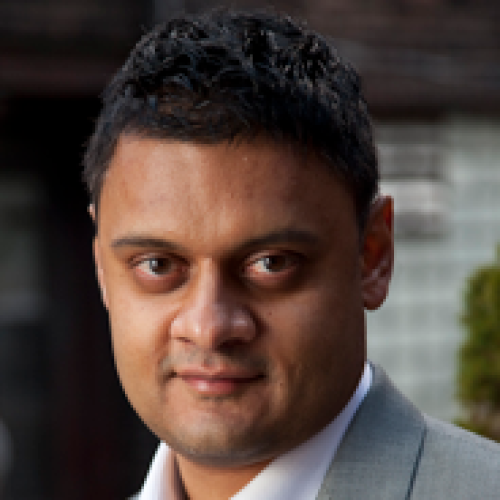 The good is the enemy of the best