How legal marijuana will be distributed with blockchain

As the legalization of marijuana in Canada inches closer, companies are tapping into blockchain technology to help distributors, and provincial governments, minimize fraud and potential criminal activity.

Budbo, a California-based analytics company focused on the marijuana sector, recently announced the sale of tokens for its upcoming ethereum-based blockchain platform while emphasizing its focus on the Canadian market.

The tokens will allow users to access all of Budbo’s business suite functions, which range from equipment ordering and inventory management, to seed-to-sale tracking.

In a whitepaper, Budbo says blockchain technology is the logical tool to help will help people access an ecosystem that is still shrouded in the black market.

“As it stands, there is significant separation between cannabis producers, growers, labs, craftsmen, and dispensaries,” according to the whitepaper.

The company’s app, released in November 2016, allows users and medical patients to swipe through thousands of locally available marijuana products. It has nearly 100,000 mobile users.

Budbo is hoping to be the first, fully-integrated blockchain-based solution for all aspects of the marijuana industry, said Luke Patterson, president and co-founder of Budbo, in a press release.

“Imagine, if you will, the entire cannabis industry as a decentralized autonomous organization,” he said. “A patient’s identification and medication regimen will be encrypted and safely stored within the ledger of a blockchain. The smart contract enables the safe transfer of goods through verifiable proof-of-pickup, bill of lading, and proof of delivery. Medical testing of cannabis potency is verified and immutable as the product is moved from lab to dispensary.” 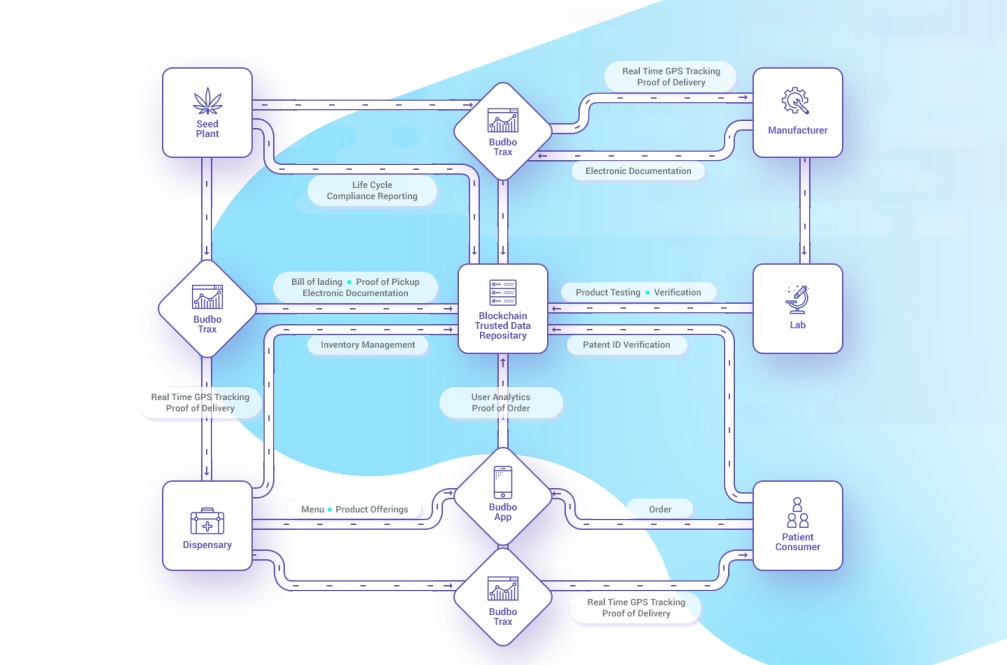 Budbo Token transactions will be instant, and average transaction confirmation time will be within minutes, according to the company’s whitepaper. Source: Budbo

But Budbo isn’t the only player seeking a major role in the marijuana distribution business.

Blox’s announcement, in turn, came one month after IBM Corp. provided the B.C. government with a report on how blockchain technology could be applied to the distribution of marijuana.

“Blockchain is rapidly becoming a world leading technology enabling the assured exchange of value in both digital and tangible assets, while protecting privacy and eliminating fraud,” said the report, adding retailers and producers, in addition to the government itself, could benefit greatly from the use of blockchain.

Canada has announced that it plans to legalize marijuana in July 1 of this year. Canadian sales for recreational marijuana are expected to reach $4.5 billion by 2021, according to bloomberg.com.

Storify is no more, but a few alternatives exist