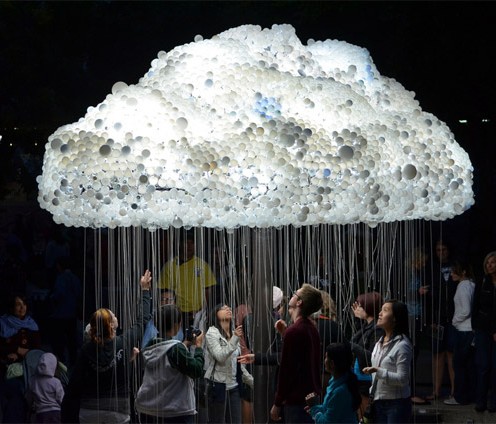 Businesses using cloud in a big way are outpacing their less cloud-savvy competitors, with those using cloud computing growing their revenue at almost double the rate compared to those who aren’t, according to a new study from IBM Corp.

In a study of about 800 CEOs, CIOs, CMOs, and professionals in finance and human resources based all over the world, working in both enterprise organizations and small businesses, IBM divided its respondents into three categories – pacesetters, challengers, and chasers.

It classified pacesetters as organizations who were taking advantage of the cloud and had deployed it across the board, with about 18 per cent of its respondents falling into this category. IBM said these pacesetters had reported a compound annual growth rate (CAGR) of 12.7 per cent from 2009 to 2012. That’s about 1.9 times as much as the CAGR of the other two categories, IBM said.


For the 51 per cent of organizations that have also adopted cloud, but hadn’t differentiated themselves or were slower to respond to the market, they were named challengers. They reported a growth rate of 6.6 per cent during the same period.

And for the 31 per cent of organizations who are still hanging back and testing the waters with cloud computing, IBM classified them as chasers, indicating their CAGR was around 6.8 per cent.

And inside their companies, those using cloud were doing a better job of collaborating than their competitors, according to the IBM study. About 58 per cent of pacesetters said they were using the cloud to collaborate across their organizations, compared to 45 per cent of challengers and 34 per cent of chasers.

“This allows them to benefit from both scale and specialization. Cloud can bring together masses of collaborators, spreading knowledge faster and drawing on the collective wisdom of the crowd. And it helps pacesetters capitalize on ‘long-tail’ expertise. With cloud-sized reach, they can tap remote niches of specialized knowledge or skill that were previously impractical, if not impossible, to engage,” the study’s authors wrote.

Still, beyond improving customer relations, data analytics, and collaboration, cloud users want to see bigger and better things in the future. Pacesetters said in the future, they hope to see a more fragmented cloud, where customers can mix and match new products and services within the cloud to fit their needs.

They’re also hoping for cloud platforms tailored towards their industries, whether that be retail, healthcare, or anything else that might require a more customized cloud.

And finally, across the board, pacesetters, challengers, and chasers said the cloud should ideally have an even bigger store of big data. There are still huge chunks of data that organizations can’t access nor manage – something that might help them grow their businesses in the future.

Candice Sohttp://www.itbusiness.ca
Candice is a graduate of Carleton University and has worked in several newsrooms as a freelance reporter and intern, including the Edmonton Journal, the Ottawa Citizen, the Globe and Mail, and the Windsor Star. Candice is a dog lover and a coffee drinker.
Previous article
How you can use big data to answer the big questions
Next article
Surface 2 a great tablet, mediocre laptop replacement: reviewers