HAMILTON, ONT. – The Cities of Toronto, Mississauga, and Cambridge, along with the Town of Innisfil, were among the big winners at the Municipal Information Systems Association (MISA) Ontario chapter’s annual conference Monday night.

Two of the chapter’s Excellence in Municipal Systems awards, honouring the province’s top smart cities projects, were presented to the City of Toronto for two separate initiatives, while the other winners received one award each.

Other winners included City of Windsor CIO Harry Turnbull, who received a Lifetime Membership Award, and the Town of Innisfil, which received the conference’s coveted People’s Choice Award in addition to its Excellence in Municipal Systems award.

“I’m so proud of every one of the winners,” MISA Ontario president Connie McCutcheon told ITBusiness.ca. “This is what MISA is all about – getting excited and sharing your story so that others can build off the work that you’ve done.”

The Excellence in Municipal Systems award winners were judged by a panel made up of representatives from various municipalities, who were forced to choose between what MISA Ontario staff called “a record number” of digital transformation initiatives.

As MISA Ontario past president Christine Swenor put it when introducing the Excellence in Municipal Systems award winners, participants were judged based on how well their initiatives supported their city’s strategic objectives; the degree to which they demonstrated an improvement in service delivery to clients, citizens, or businesses; and their level of collaboration between IT and other city departments.

“It was a tough decision… because they’re all so high calibre, and what’s great is that we can learn from all of them,” Swenor said.

The five winners of MISA Ontario’s 2018 Excellence in Municipal Systems award, in no particular order, were: 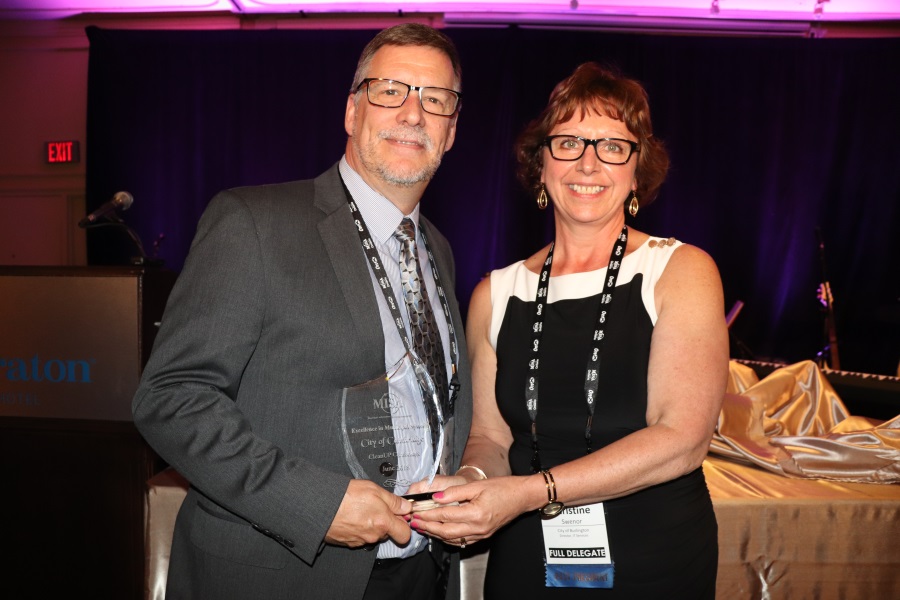 The City of Cambridge, represented here by IT manager Robert Delorme, for developing CleanUP Cambridge, a digital platform aimed at helping the city clean up drug waste. 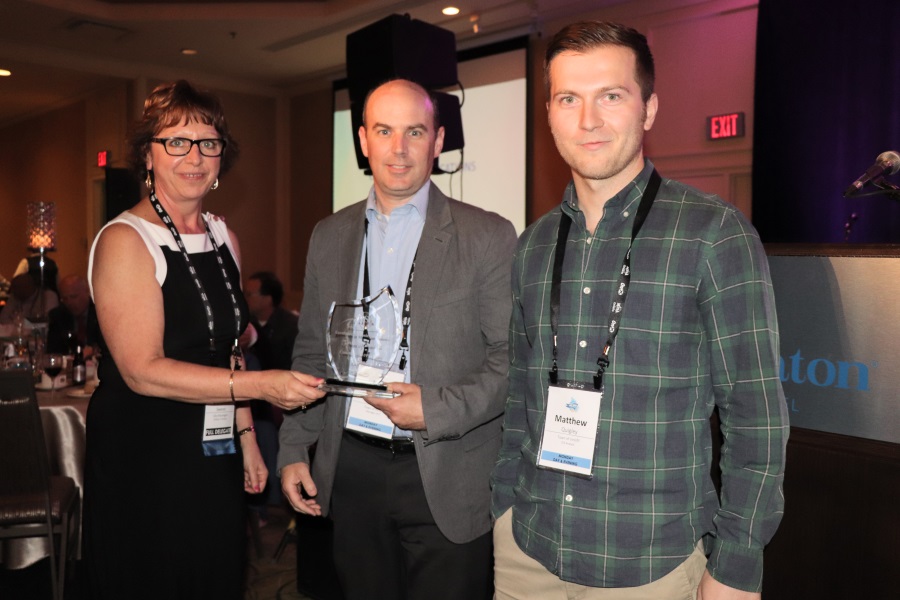 “It makes us very happy to be recognized among everybody here,” Cowan told ITBusiness.ca when asked about his dual win. “We were competing with some very good submissions.” 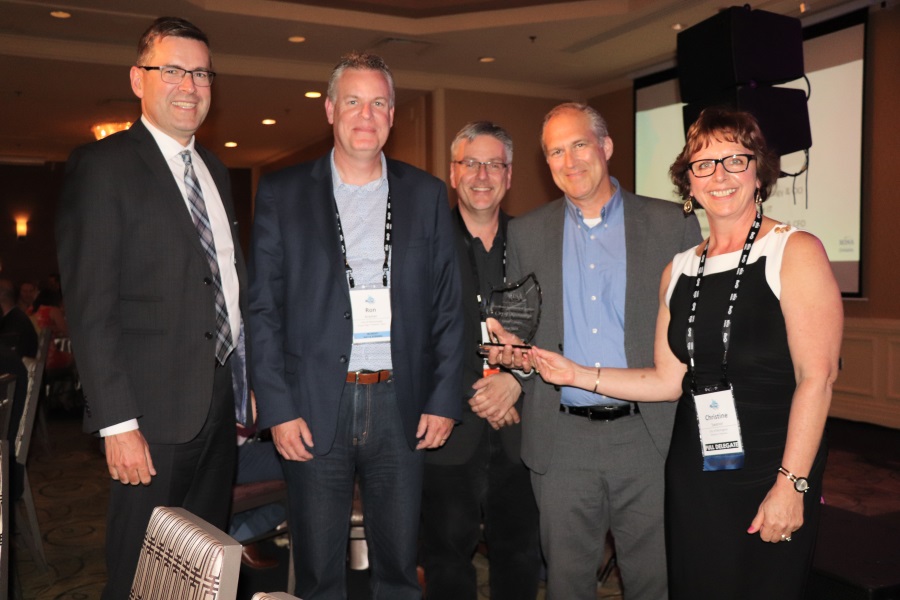 The City of Mississauga, represented here by CIO and IT director Shawn Slack (second from right) and IoT project manager Ron Kremer (second from left), for its Virtual Campus. 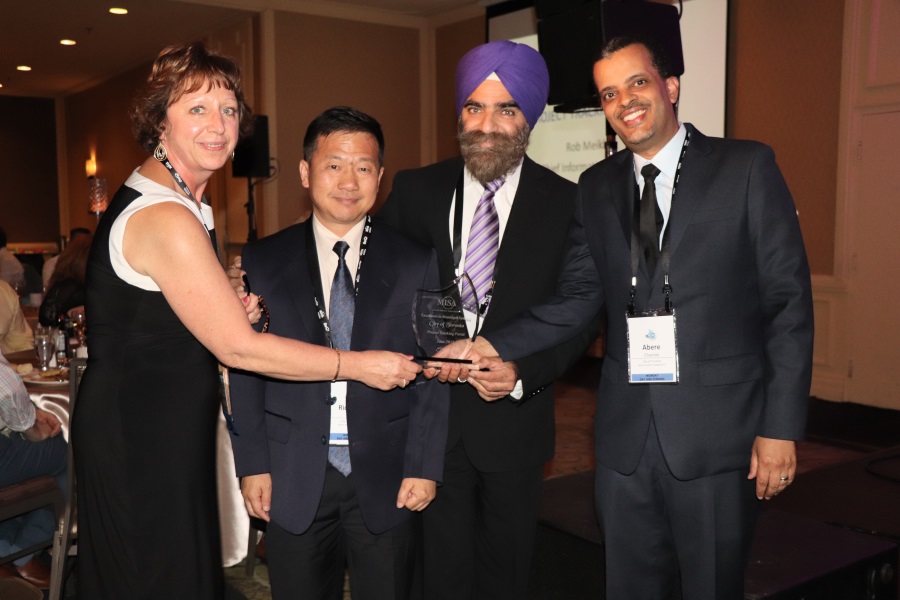 The City of Toronto’s first award, which Abere Channie (right) and Richard Ng (second from left) accepted on behalf of CIO Rob Meikle, was for its Project Tracking Portal, which the city uses to digitally coordinate road work. 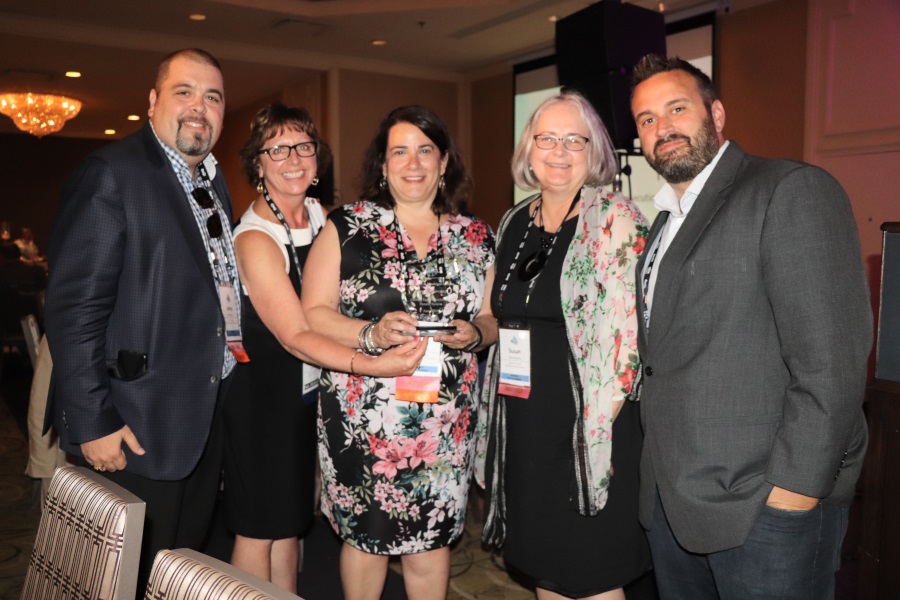 The evening’s other big winner was City of Windsor CIO Harry Turnbull, recipient of the 2018 MISA Ontario Lifetime Membership Award. 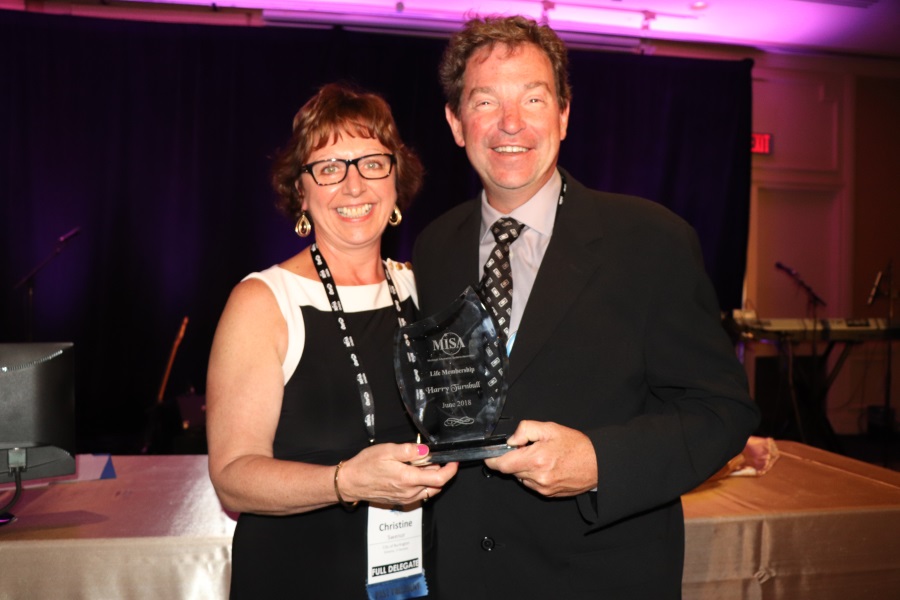 According to past president Swenor, Turnbull (above) won the award not only for supporting MISA Ontario for the past 26 years (18 of them as Windsor’s CIO), but for serving on the organization’s board of directors; for spending various years as vice president, president, and past president; for hosting the organization’s annual conference twice; and for proving instrumental in the creation of MISA Canada’s online InfoBase service and the organization’s international counterpart, the Linked Organization of Local Authority ICT Societies (LOLA).

“[Turnbull has] been a dedicated volunteer and a true ambassador of the organization,” Swenor said. “[He] is very deserving of a lifetime achievement award.”

Asked to share his own reaction, Turnbull called the award “fantastic” and emphasized that working in municipal government and collaborating with MISA was “a passion of mine”.

“There couldn’t be a better community than the MISA community,” he told ITBusiness.ca. “I love everything about this group, so it’s wonderful to win this award.”

Other award recipients included SHI Canada, which received the organization’s Partner of the Year Award for its ongoing support of MISA Ontario; Town of Whitby technology and information services manager Daniel Munns, who received the John Cushing Award of Merit; and former City of Waterloo IT director Garry Bezruki, who also received a Lifetime Membership Award.

Stay tuned to ITBusiness.ca for a more detailed breakdown of the five smart city projects that were declared Ontario’s best, to be published in time for the September 2018 issue of MISA’s official magazine, Municipal Interface.

Eric Emin Wood
Former editor of ITBusiness.ca turned consultant with public relations firm Porter Novelli. When not writing for the tech industry enjoys photography, movies, travelling, the Oxford comma, and will talk your ear off about animation if you give him an opening.
Previous articleApple’s WWDC18: An executive summary of every new feature announced on day one
Next articleVancouver, Montreal, Waterloo among 20 finalists for Smart Cities Challenge