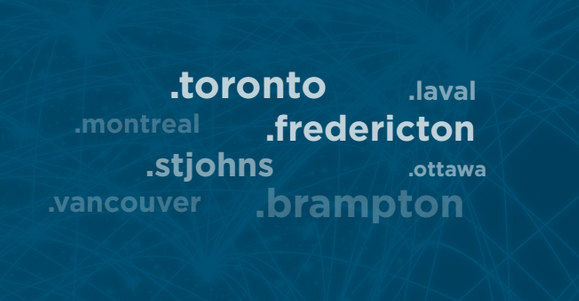 To date, Canadians best know the Canadian Internet Registration Authority (CIRA) as the operator of the dot-ca domain. But now the non-profit organization is hoping to operate many other top level domains (TLDs) on behalf of Canadian municipalities – perhaps domains like .Toronto, .Montreal, and .Vancouver.

CIRA will debut its pitch to Canadian cities at the Federation of Canadian Municipalities annual meeting in Edmonton on Thursday morning. Pointing to city-brand domains of world-class cities that so far include .nyc, .london, and .berlin, CIRA will suggest that Canada’s municipalities should secure their own TLDs in the next auction held by the Internet Corporation for Assigned Names and Numbers (ICANN) and call on CIRA’s services to operate them.

The new product initiative from CIRA is taking its experience operating the .ca domain since 2000 and using it to offer new services to the Canadian market, says Dave Chiswell, vice-president of product development at CIRA.

The last batch of new TLDs that started being released to the web last year were won in an auction held in 2012. Before that, there were just 22 general TLDs that you could choose to register a website. Now, new TLDs offer options for different addresses that are run by private entities. But running them comes at a cost.

ICANN charged a fee of $185,000 to apply to run a TLD in its last auction. Winners also have to pay $25,000 per year as an annual licence fee to ICANN. But CIRA is anticipating the new auction – possibly coming in 2017 – will see reduced fees for applicants because the anticipated legal fees weren’t as much as expected.

It’s time to start planning to take part in the auction now, Chiswell says, as operating a TLD will require the right business plan and technical capacity in place before its won. Running a whole domain is different from running a city website.

“It’s the cyber-branding of your city,” he says. “It takes it to another level where every city attribute… can own their own little space of the Internet rather that the space of a website.”

Related
CIRA funds projects with $1M to improve Internet for Canadians
Half of all new top-level domains will fail, CIRA says

CIRA’s role would be not only providing the technical infrastructure needed to operate a TLD, but also offering advice on how to put the domains to use.

While the first target of CIRA’s marketing push around its Registry Services program is municipalities, it is also open to running TLDs for other commercial entities, Chiswell says.

Canada’s domain authority is extending its mandate beyond operating just .ca addresses after observing the crowd of new registry operators that opened their doors after ICANN’s first auction.

“If we didn’t step up to offer Canadian municipalities this opportunity, then somebody else would,” Chiswell says. “That would be someone that is not Canadian, not understand the market, and it would be a disservice to the market.”

Ideally, several Canadian cities might come together and work collaboratively with CIRA to achieve a pricing model that would benefit from scale, he adds.

CIRA hasn’t set a price on the service yet, but it would be determined by the number of names operated on the domain and have a minimum starting cost.

Brian Jacksonhttp://www.itbusiness.ca
Editorial director of IT World Canada. Covering technology as it applies to business users. Multiple COPA award winner and now judge. Paddles a canoe as much as possible.
Previous articleTelus’ big data marketing done with customer privacy intact
Next articleHP Enterprise branding unveiled: Why is it a green rectangle?

Canadians’ reliance on internet has surged, and Facebook is the most toxic...