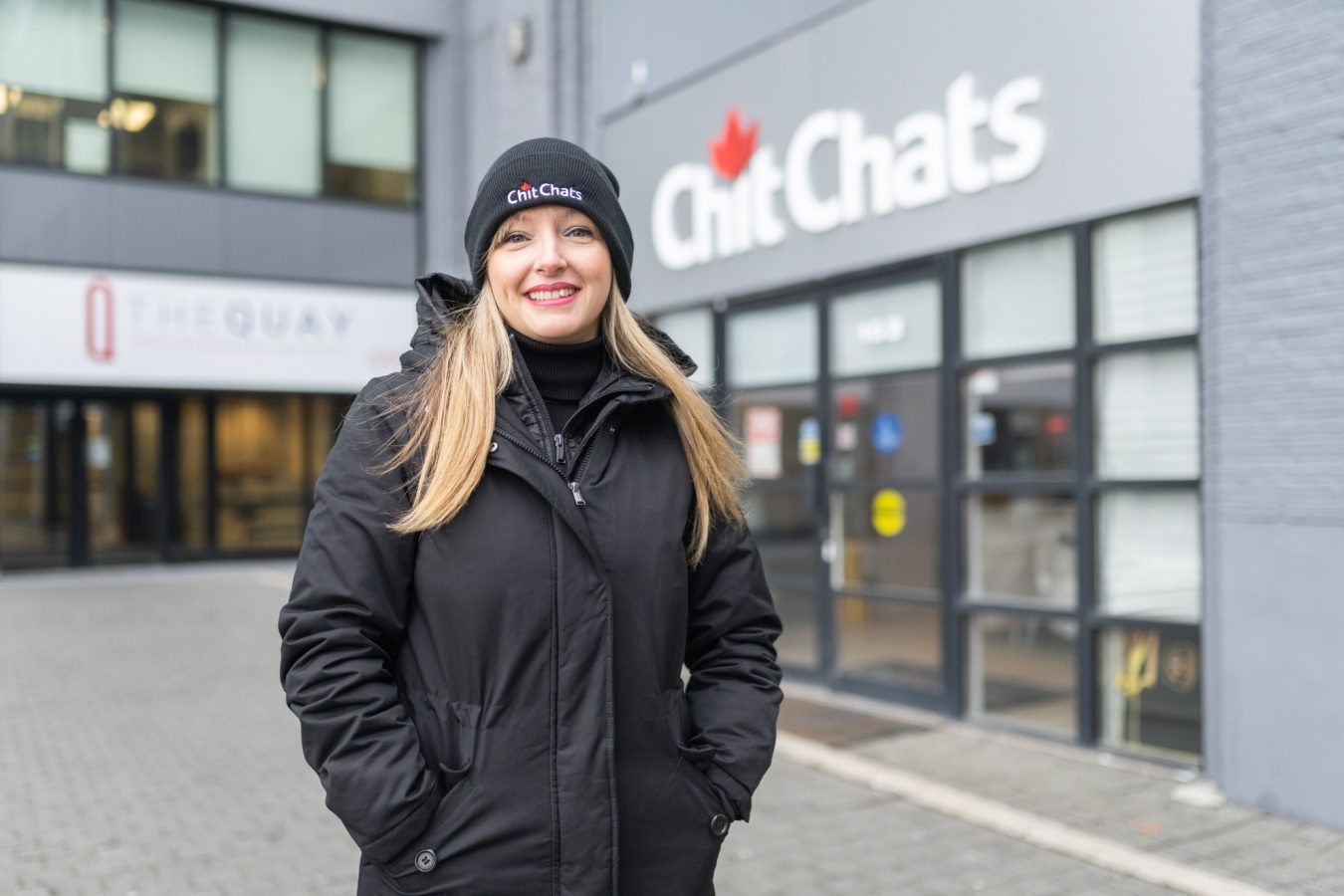 After grappling with the high cost of sending products to the U.S., Derek Nolan launched Chit Chats, a shipping and logistics company that helps small businesses sell to consumers all over the world. Since launching in 2001, the company has kept step with the rapid rise of e-commerce.

Inspired by the success of eBay, Scarborough bookseller Derek Nolan took his shop online in the late-nineties. After losing out on sales to the U.S. due to the cost of shipping, Nolan did what any entrepreneur would do: he found a workaround. Regularly, Nolan would stuff his station wagon full of book orders, drive to the Canada-U.S. border braving traffic and customs, and drop them directly at a U.S. post office.

“He was a social guy always telling other sellers ‘you guys should try this,’” recalls Carly Wood, Nolan’s daughter. “And so what ended up happening is a lot of these people were like, ‘yeah, we should totally do that and you should take our stuff down for us.’ ”

And just like that, quite accidentally, Nolan’s company Chit Chats – a shipping alternative for small businesses – was born. The company sorts shipments for small businesses selling online integrates with platforms like Etsy, Shopify, eBay and Amazon, and handles all the logistics for getting products directly to the end consumers. Users can either drop off their products at one of Chit Chats shops, schedule a pick-up or mail to Chit Chats which handles the rest.

“For many years we operated out of the home – every spare room, the garage, was full of books and staff,” says Wood, who took over as president and CEO when her father passed away in 2015.

Chit Chats opened its first retail store in 2011 in Markham in the midst of a postal strike. “It was really great timing for us,” says Wood. “There already was a client base.”

Today the company has 30 locations from Quebec to B.C. Over the years Chit Chats, which has 117 employees, has kept step as e-commerce has risen in popularity – something Nolan had predicted when he first took his bookselling online. “We’ve been around since the beginnings of some of these platforms like Etsy and we really watched not only our client-base grow but these platforms change and evolve over the years.”

Chit Chats has followed suit, investing in its own technology and automation. “For the most part, it’s been very organic growth,” says Wood. “So we’ve been able to build processes to support the growth.”

The company, which has a retail store downtown Toronto, has directly benefited from the city’s entrepreneurial community. “Of all of the GTA in terms of business communities of businesses supporting businesses, Toronto has always done a really good job of building the community and maintaining it,” says Wood.

It’s a community Chit Chats counts itself a part of both as a burgeoning small enterprise and a key partner for the city’s e-commerce upstarts. “We’re super proud to contribute to Toronto success stories,” says Wood.

She points to a Toronto retailer and client that was a part of a video series Chit Chats pulled together on those success stories. “It was able to take that store and create an online presence for themselves,” says Wood.

It taps into the essence of Nolan more than a decade and a half ago loading those books into that station wagon because he wanted to be more than the foot traffic passing by his Scarborough shop. And now, years later, his accidental vision is helping others do the same.

“And we’re super proud of that,” says Wood.