CFL hunts for a high tech game changer at SportsHack 2015 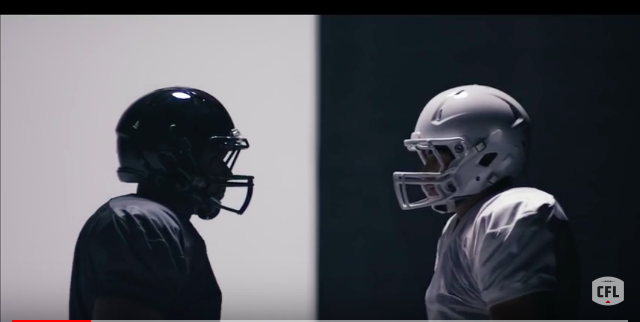 The timing was no coincidence: the Canadian Football League (CFL) was the main corporate partner for SportsHack 2015, where contestants were challenged to develop a data-based fan engagement solution for the CFL.

Their Fanalytics app allows fans to choose CFL game seats in sections where many people from similar demographics are also seated, such as ‘superfans’, ‘families’ or ‘first-timers.’

“The app’s goal is to not only improve the fan experience by creating a welcoming environment, but also creates opportunities to do targeted marketing for concessions and other types of advertising,” SportsHack organizers said in a statement announcing the winners.

While last year’s inaugural SportsHack took place in Toronto, the 2015 contest was expanded to include teams in Vancouver and Halifax as well. (This year’s second and third place teams both hailed from Vancouver.) Sponsors of the weekend competition included IBM, Ryerson University, Simon Fraser University and Halifax incubator Volta Labs. Judges included representatives from organizations such as the CFL, IBM and the Business Development Bank of Canada.

Data was the technology focus of this year’s SportsHack because “analytics rules the world now,” said Wendy Cukier, vice-president of research and innovation at Ryerson University. Sports is a natural fit for an analytics hackathon because “sports teams invest enormous amounts in tracking and analyzing performance in order to improve it,” she said in an interview at the Toronto event.

The sports world is so far ahead in using data that other industry sectors should take a page from its playbook, Cukier added.

“Sports is a gigantic business so they’re also using data about consumers’ behaviour to drive the creation of rich multifaceted experiences. It’s the convergence of entertainment, sport, retail, etc. that’s really driving the (professional sports) industry forward…There are huge opportunities to use the same kind of data (technology) to improve the performance of teachers in education or surgeons in health care.”

Hamilton Tiger-Cats defensive lineman Brian Bulcke kicked off the Toronto hackathon with a keynote speech. Bulcke is in a unique position to analyze the tech playing field as well as the football field; the Canadian has a master’s degree in management sciences and engineering from Stanford University, founded the startup FanTravel.com and oversees business development in the sport innovation unit at Ryerson’s Digital Media Zone incubator.

Bulcke told the Toronto participants that sports must embrace new technology because “people are consuming sports differently” today via platforms other than traditional TV and radio broadcasts. (TV ratings for CFL regular season games dipped by 15 per cent compared to 2014, although competing coverage of the Pan Am Games and the Blue Jays’ World Series run may have been partially to blame.)  If sports organizations don’t compete at that level, they’ll lose fans to other types of real time mobile, social and digital content, he said.

“No one has successfully created a customer relationship management or marketing suite to figure out the secret sauce” for sports the way Salesforce did for sales, Bulcke said in an interview at the Toronto hackathon. “We call it fan engagement but it’s really just a fancy way of saying marketing. What’s the difference between 100,000 people visiting a stadium every week versus visiting a website every week?”

The CFL apparently has similar goals in mind. The official directive issued to SportsHack contestants was to “develop a viable fan engagement solution” and “use data to re-imagine the CFL.” To help them design their concepts, hackathon teams were given access to CFL data from video, play-by-play broadcasts, player statistics, weather statistics, stadiums and social media.

The CFL has been diving deeper into the digital and social realms lately. Besides co-sponsoring this year’s SportsHack, the league launched a partnership with Twitter for the Grey Cup, announced a deal to live stream all playoff and Grey Cup games for free on YouTube and recently released a new logo, slogan and promotional video as part of its rebranding strategy.

Data in the NFL, NHL

South of the border, sensors were installed in the upper decks of all 31 National Football League stadiums this season. The sensors interact with wearable tags under each player’s shoulder pads to track their position, speed and other movement during games. The data is processed into player and game statistics, then streamed to broadcast networks, box score providers and Xbox One’s NFL portal.

The Toronto Maple Leafs caused a stir last season by hiring Kyle Dubas, then 28, as assistant general manager. Dubas went on to hire three analytics specialists and ink a deal with SAS to provide the Leafs with analytics for player and team data.

Christine Wonghttp://www.itbusiness.ca
Christine Wong has been an on-air reporter for a national daily show on Rogers TV and at High Tech TV, a weekly news magazine on CTV's Ottawa affiliate. She was also an associate producer at Report On Business Television (now called BNN) and CBC's The Hour With George Stroumboulopoulos. As an associate producer at Slice TV, she helped launch two national daily talk shows, The Mom Show and Three Takes. Recently, she was a Staff Writer at ITBusiness.ca and is now a freelance contributor.
Previous articleBuilding the Smart City: How we build intelligence into what we have now
Next articleBell continues to receive most complaints of any carrier, is least improved