Just in time for Earth Day, the Canadian Wireless Telecommunications Association (CWTA) is reminding Canadians to recycle their old cell phones, by releasing a report that indicates nearly half still have at least one device they are no longer using still lying around.

In fact, not only did 48 per cent of respondents to the 2015 Understanding Cell Phone Recycling Behaviours survey, which the CWTA released on April 20, tell researchers they had at least one cellphone in storage, almost a third were storing two, and 22 per cent said they had three or more.

Despite our apparent propensity for hoarding old phones, the survey also discovered that support for cell phone recycling was extremely high, with 95 per cent of Canadians either supporting or “somewhat supporting” the recycling of old, unused or unwanted phones, and 81 per cent saying they would be willing to recycle or return their old phones – a significant increase over the 63 per cent who said they would be willing to do so in 2014.

The survey was commissioned by the CWTA and conducted by Nanos Research, which polled 3,000 Canadians (300 in each province) between Dec. 2-15 last year.

Other findings from the survey:

The CWTA runs a free cell phone recycling program, Recycle My Cell, which offers more than 3,500 drop-off locations across Canada, along with printable postage-paid labels on its website that can be used to mail in unused devices for free. For more information, check out the infographic below (click for a larger version). 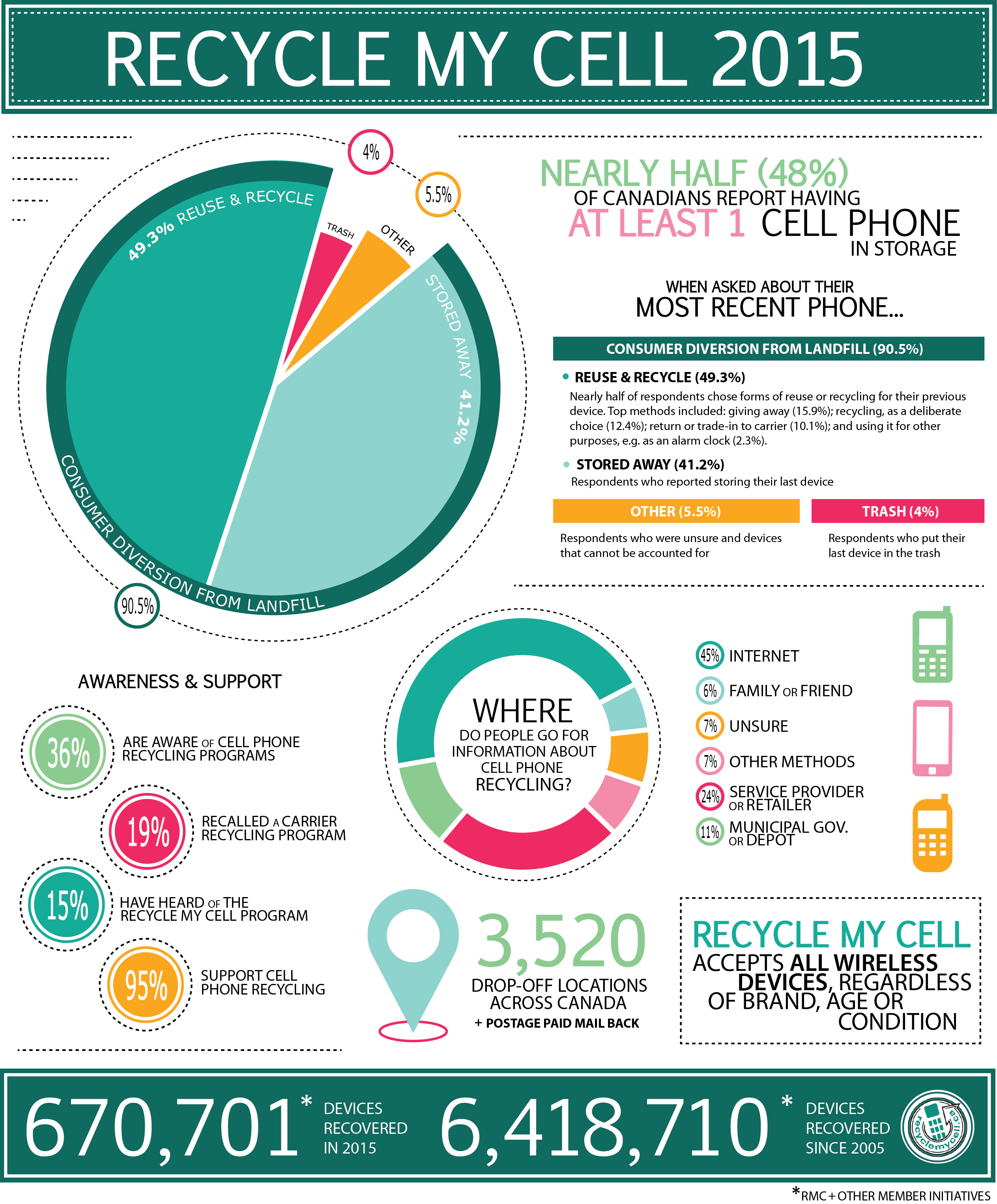 Eric Emin Wood
Former editor of ITBusiness.ca turned consultant with public relations firm Porter Novelli. When not writing for the tech industry enjoys photography, movies, travelling, the Oxford comma, and will talk your ear off about animation if you give him an opening.
Previous articleCanadian Tire’s $400 million drive to shift gears as a clicks-and-bricks retailer
Next articleCanadian Olympic skier launches social networking app for athletes