As the old saying goes: “Nothing is certain except death and taxes.”

Taxes, at least, appears to be the trending topic in Canada, according to a recent report by social intelligence company Meltwater Group.

The firm, which specializes in monitoring social media conversation, found that in over 160,000 social conversations among Canadians taxes figure prominently. The topic, according to Meltwater, enjoys a 15.2 per cent retweet rate or it has been retweeted 25,000 times during the month of April.

An infographic produced by the firm also noted that Toronto, Calagary and Vancouver and Montreal are the most “tax-obcessed” cities in Canada.

The favourite tax service provider or tax applications in the country are: 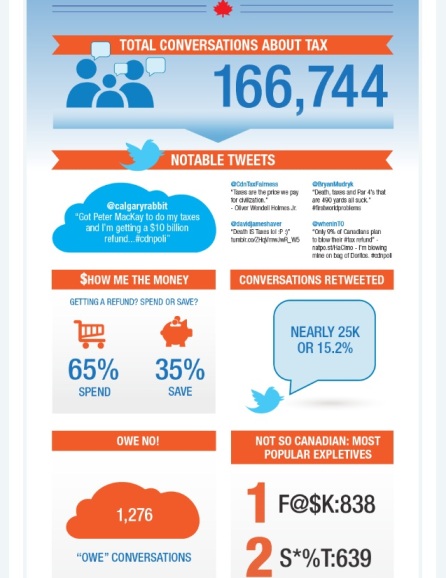 Click on this link to get a full view of the infographic A Taxing Affair.

Startup to Startup: A Conversation with Pamela Shainhouse