The more things change, the more they stay the same, Bryan Segal, the vice president of sales at comScore Inc. might tell you.

During his presentation at Toronto’s NextMedia conference, he showed statistics demonstrating that Canadians are consuming digital content as voraciously as ever, but they are doing it across different types of devices. Where and how Canadians get their digital content depends on what time of day it is, what their gender is, and how old they are. In some areas of digital media, Canadians are decidedly ahead of the trend – in others, they’re behind.

“We are really living in a post-PC world where the audience will engage in content across a lot of different platforms,” Segal says. In the past 36 months alone, “there’s about 12 million more Canadians that have access to mobile media.”

All graphics and statistics provided are courtesy of comScore.

Canadians rank number one in the world for the most number of online videos watched on average in a single month and second in the number of minutes spent watching video on average. Plus Canada is still growing in this area, according to Segal.

While the expected 25-34 demographic is watching the most video online, Segal points out the trend cuts across all age demographics, with even the 55+ segment watching a lot of online video.

Which Canadians are using mobile devices? 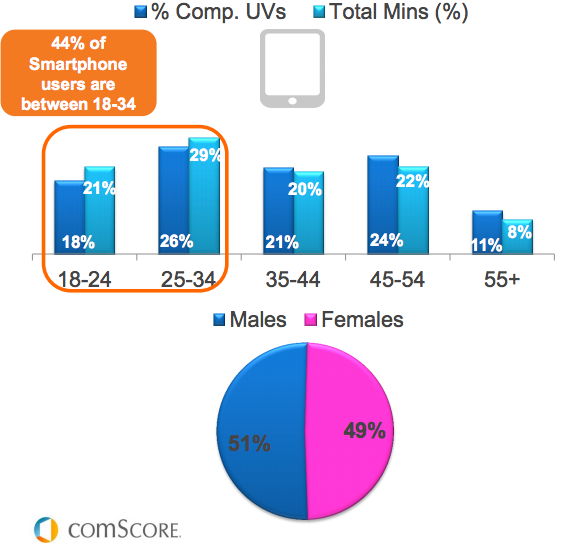 There are now more than 18 million smartphones in Canada and still growing, Segal says. The number of smartphones owned by Canadians is up 12 per cent since June 2013.

“It’s really important to understand who your audience is,” Segal says. 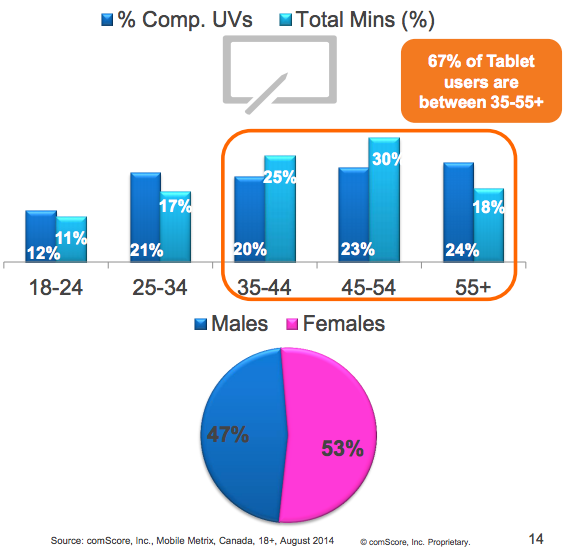 Moving towards a multi-device market

Segal expects that Canada’s trend will follow the US market. “The movement is there, showing the importance in mobile and what type of role it plays,” he says. 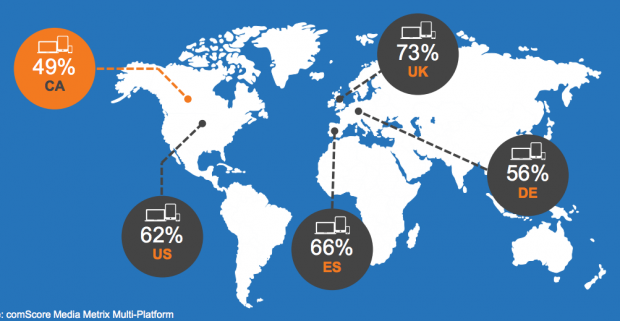