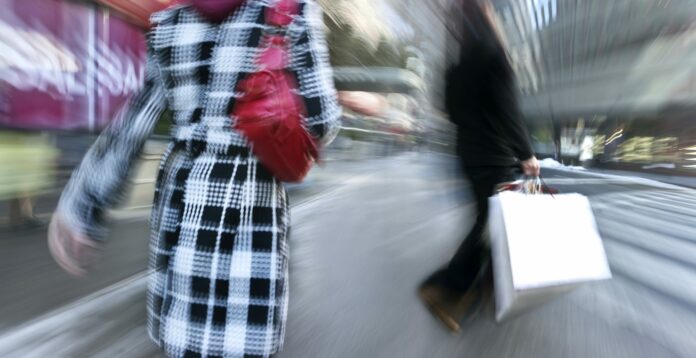 ‘Tis the season to spend — or that’s the accepted philosophy for retailers during the crucial holiday spending season. However, a new study predicts that shoppers aren’t as willing to part with as many of their hard-earned dollars this year.

Canadians, in particular, are feeling thrifty this season, according to a poll from business analytics provider SAS. According to its data, about one in five Canucks plan to spend less this year than in 2014.

A lackluster shopper turnout is disappointing news for retailers, who generally count on holiday spending to account for a large portion of their annual merchandise sales.

“Our data shows consumers are motivated the most by price in 2015,” said Shawn Smith, SAS retail solutions specialist for SAS Canada, in a statement. “Retailers will need to work harder to earn a portion of Canadians’ gift budgets this year, but at the same time, there’s a real opportunity to make sure the right customers get the right deals this holiday season.”

On top of spending fewer dollars, more Canadians shoppers are embracing traditional U.S. sales holidays in order to find a bargain. More Canucks will be hunting to get the best deal on fewer gifts this year — 22 per cent said they’ll be shopping on Black Friday while another 17 per cent will take advantage of Cyber Monday sales. Comparatively, 39 per cent of shoppers stateside will partake in Black Friday, with another 38 per cent opting to wait for Cyber Monday.

While online shopping is becoming an increasingly popular method to efficiently procure those holiday gifts, respondents didn’t see it as a sufficient substitute. The report showed that 82 per cent of Canadians will visit a brick-and-mortar store this season.

The study compiled the sentiments of 3,458 respondents across the U.S., Canada, the United Kingdom, Australia and New Zealand.

Lindsey Peacockhttp://lindseypeacock.com
Lindsey Peacock is a freelance writer, editor and American expat based in Toronto. This proud Atlanta native has written for a variety of news and business publications across North America, including Business in Vancouver, BCBusiness magazine, Fort McMurray Today and The Atlanta Journal-Constitution. Blogging, sweet tea and black-and-white movies are a few of her favourite things.
Previous articleGlobal GDP to be boosted by $15 trillion by 2030, thanks to data revolution: survey
Next articleOntario healthcare provider signs $300-million “smart hospital” deal with Philips

5 key factors to assess before cloud migration, according to SAS

Education through gamification the goal of new analytics game from SAS and...