Canadians interested in trying out the BlackBerry PRIV – the vendor’s first smartphone powered by the Android OS – will soon have their chance. The PRIV is now available for preorders.

Waterloo, Ont.-based BlackBerry also launched a ship date for the PRIV of November 6, so retail availability should be expected around the same time.

The PRIV will take this one step further, marrying BlackBerry’s hardware and security and privacy features with the Android OS and all the apps available through Google Play, the Android app store.

“BlackBerry is the most trusted maker of secure hardware and software in the world today. World leaders, government agencies and the biggest businesses depend on us. I committed that we would release an Android phone only if we could make it secure – today is that day,” said BlackBerry CEO John Chen in a statement on Friday. “I’m proud to announce the world’s first BlackBerry smartphone powered by Android built to Protect Your Privacy, available for pre-order today.” 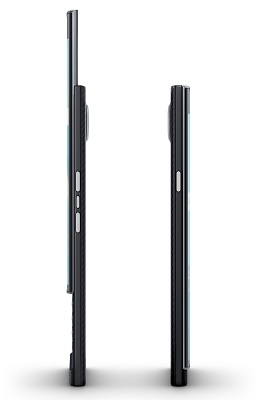 The device features DTEKTM, a warning system app that lets you know when your privacy could be at risk. The smartphone itself has a 5.4” dual-curved screen with a slide-out physical keyboard and an 18-megapixel camera.

According to BlackBerry, the PRIV is designed for smartphone users that aren’t satisfied with the privacy features of their current devices, as well as former BlackBerry users that left for more app choice but miss BlackBerry’s physical qwerty keyboard.

Canadians can now preorder the BlackBerry PRIV from ShopBlackBerry.com, priced at $899. Rogers is also accepting reservations in Canada.

Jeff Jedras
Jeff Jedras is a technology journalist with IT World Canada and a member of the IT Business team. He began his career in technology journalism in the late 1990s, covering the Ottawa technology sector for Silicon Valley North and the Ottawa Business Journal. He later covered the technology scene in Vancouver before joining IT World Canada in Toronto in 2005, covering enterprise IT for ComputerWorld Canada and the channel for Computer Dealer News. His writing has also appeared in the Vancouver Sun & the Ottawa Citizen.
Previous article
New study reveals diner desires when it comes to tech in restaurants
Next article
Scotiabank makes it easier for businesses to pay their vendors