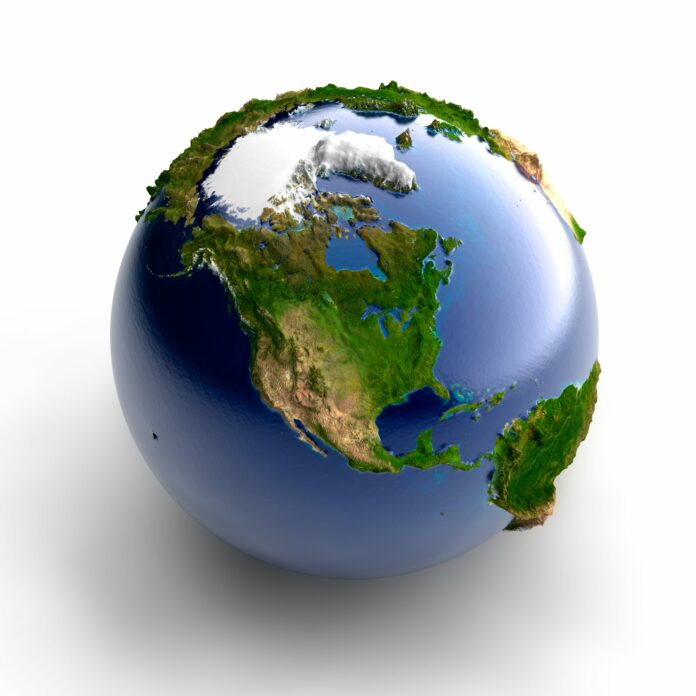 Last month, two satellites collided in orbit and exploded into a huge cloud of debris that was sent hurtling around the Earth at a speed of 10 km per second.

It was the fist collision of its kind, and almost precipitated disaster for three crew members aboard the International Space Station (ISS).

On Monday, those astronauts sat huddled in the “escape capsule” of the station while a 10-cm piece of that debris hurtled by the station. While it seems small, it was moving fast enough to puncture a hole in the ISS. It was close enough that NASA took the precaution of moving the crew to the always-ready Russian Soyuz capsule, just in case they had to evacuate.

The debris passed without incident. And that was just another day in the life of space exploration, says Chris Hadfield, an astronaut with the Canadian Space Agency.

“We have these encounters with space debris all the time,” he says. “The station is always peppered by little impacts.”

Hadfield remembers seeing an antenna returned from the ISS after a couple of years in space. The antenna was about the size of a fridge and pock-marked from 42 different impacts with micrometeorites.

There are about 18,000 particles being tracked at any given time that could pose a threat to the ISS. When the debris comes within a certain radius of the space station, the decision must be made to either move the station out of the way, or get the astronauts to the safest area and hope that it passes by.

Space faring is a dangerous business and more than a decade of work on the largest multi-national construction project in low Earth orbit hasn’t gone by without risk.

The odd close call is expected. The rare disaster – space shuttle Columbia’s loss upon its re-entry in 2005 – is never forgotten.

The most precise of high-grade technological instruments are relied upon to keep astronauts as safe as possible as they travel to the ISS and back to Earth again.

And Canada has played a key role in supplying that technology — from a camera that inspects the underbelly of the shuttle for damage, to the communications equipment that makes it possible to move the entire ISS by remote control.

Canada’s reputation as a space travel enabler is secure, according to Hadfield.

“We built the space station. All of the big business, all of the delicate work – all of it was riding on the Maple Leaf,” he says. “It’s not just providing the hardware but providing the people and the expertise. I was out there doing the spacewalks to install the Canadarm on the ISS and helped operate it for the first time.”

Hadfield flew on the 2001 space shuttle Endeavour flight that saw Canadarm2 installed on the ISS and was the first Canadian to perform a spacewalk during that mission. The Milton, Ont.-native was the first astronaut to operate the equipment built by Brampton, Ont.-based MDA Robotics Corp.

Canadarm2 is the primary component of the mobile servicing system (MSS) that plays a key role in station assembly and maintenance: moving equipment and supplies around the station, supporting astronauts working in space, and servicing instruments and other payloads attached to the space station.

The biggest remote-control toy around

While the Canadarm is perhaps the most well-known piece of equipment supplied by MDA, it’s not the only one. The company also supplies the ISS antenna that makes communication between the ground and the station possible. That includes the means to adjust the station’s attitude, or even activate thrusters to move it out of the way of space debris.

All can be done via remote control.

“Our antenna is basically where all the command and control information goes through,” explains Bob Barrette, the program manager for ISS at MDA. “From there it goes through the computers on the ISS and that commands the firing of the thrusters and other adjustments.”

MDA provides both S-band and KU-band antennae to the ISS. The S-band is used for mostly voice communications, and the KU-band for heavy data transmissions. By relaying information across a network of satellites, the ISS can stay in contact with Houston at all times.

The KU-Band antenna also held a pleasant surprise for NASA. It turns out the precise motor drive that points it towards nearby satellites can act as technique for locating the station and determining its exact orientation to Earth, Hadfield says.

“We know where the Earth is and where the satellite is, so if you can figure out the angles on that antenna, you can also figure out which way the station is pointing,” he says.

That can help avoid incoming space debris by accomplishing one of two things: either adjusting the station’s gyroscopes to angle it differently towards the Earth, or actually firing the thrusters on the Russian Soyuz capsule docked with the station.

The Soyuz is always kept with an emergency fuel supply to shift the station if needed. These avoidance maneuvers have been pulled off eight times in the past, according to NASA.

But with the amount of space debris growing, it’s likely there will be more close calls in future.

“I think this will be something that occurs more often,” Barrette says. “There are more satellites going up and unless the old ones can be removed to a safe orbit, there’s a greater chance of a collision.”

The ISS sits in low Earth orbit, below where most satellites orbit. That means any debris falling towards Earth could potentially cross paths with the station. If an impact were to occur and puncture the station, the effects could be disastrous.

“It would punch a hole and you’d lose all breathable atmosphere and pressure,” Barrette says. “Your body expects a certain ambient pressure outside and if you put yourself into a vacuum, I believe you could explode.”

Sensitive areas of the station are reinforced with thick plating, and there are safety precautions taken to move the astronauts to a safe area in the event of a collision, Hadfield says.

More than a fine-toothed comb

At about the same time the ISS crew was huddling in a Soyuz capsule, space shuttle Discovery crew were taking their own safety precautions. After a successful launch on Sunday night from Kennedy Space Center, the orbiter was inspecting its underbelly for damage.

This is required procedure for every shuttle mission since the Columbia disaster. During launch, a piece of foam broke off and hit Columbia’s wing. That caused a gash that exposed part of the ship’s interior, causing it to ignite during a very hot re-entry into Earth’s atmosphere.

Not only does the Canadarm provide an apparatus for a thorough inspection of the shuttle, but Canadian technology is also behind the high-grade camera that images the heat shield tiles. Ottawa-based Neptec Design Group‘s Laser Camera System (LCS) provides a highly-detailed 3D rendering of any imperfections found in the hull.

“It’s an amazing 3D capability that Neptec has developed and without that camera in the arm, we couldn’t fly space shuttles,” Hadfield says. “It looks like we launched Discovery this time very cleanly.”

With more than 30 missions under its belt, Discovery is the most-used ship in NASA’s fleet. Its first mission was Aug. 30, 1984 and it will have one final mission after completing its current one. That final mission is slated for Aug. 6. It is one of just seven more shuttle missions before NASA retires its whole fleet of spacecraft in 2010.

“The purpose of our product is to identify a problem,” he says. “That’s something they didn’t have with Columbia and it was a hole on the leading edge of the wing that caused the disaster.”

The LCS detected a gouge in Endeavour’s underbelly during a 2007 mission. It conducted a scan that created about one million points of measurement to construct a 3D model of the damage. That was recreated with a 3D printer at Neptec’s labs that sent it off to NASA. NASA then reconstructed the gouge using shuttle heat shield tiles and blasted it in a furnace. In the end, it was determined the shuttle would be safe on re-entry.

“NASA has made great progress in preventing the cause of the damage,” Kearns says. “But with each additional flight of an ageing shuttle, there are increased risks of something happening. Having the laser camera on board is a good way to manage that risk.”

Hadfield agrees that the precision is important.

“A crack the width of a human hair may not be visible with a normal camera,” he says. “You need a 3D camera with laser precision.”

Hadfield is currently undergoing training in Houston for an upcoming space mission. He’s the backup for his colleague, New Westminster, B.C.-native Bob Thirsk, who will become the Canadian to spend the longest amount of time in space with a six-month stint on the ISS.

The astronauts are just one part of Canada’s ongoing contribution to an international effort towards spaceflight. The technology of both Neptec and MDA will continue to be put to use by astronauts for years to come.

“It’s a real gemstone of achievement for Canadian industry and the Canadian Space Agency,” Hadfield says.

Much of that technology will focus on keeping astronauts safe. There’s no shortage of risks when it comes to exploring the cosmos.

Not in an environment where even so much as a micro-meteorite could spell disaster.