Canadian entrepreneurs tired of doing business in The Big Smoke have a new opportunity to expand their presence to The Big Apple.

The Canadian Technology Accelerator (CTA) is a New York City-based business booster run by the Canadian Trade Commissioner Service. Its mandate is to help promote technology-based Canadian firms to global markets. It was announced by Minister of International Trade Ed Fast on Feb. 21 with a cohort of six firms. The accelerator is modelled on its namesake in Silicon Valley.

Now it’s set to accept applications for the six spots available for the second semester. CTA confirmed with ITBusiness.ca that recruitment for its placements beginning in May will start next week.

The New York-based centre has another Canadian connection in its marketing agency, BKLYN Haus, which was co-founded by Toronto native Amber Lee. She says the CTA isn’t about moving businesses out of Canada.

“It’s about bridging these two communities together rather than uprooting them from Toronto to New York,” she says.

Businesses taking part in CTA are given workspace in New York’s landmark General Assembly office space. It’s a 17,000 square-foot building that caters to the tech startup scene, and Lee says it’s the place to be for entrepreneurs.

“The sense of community – there’s a lot of strength in that,” she says. “The intellectual sharing is really valuable and something that’s not as strong in Toronto.” 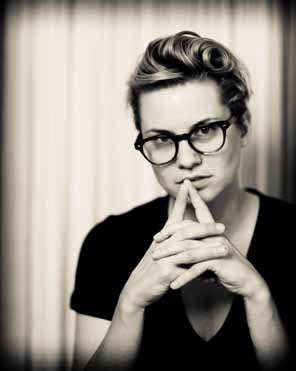 Amber Lee is the Canadian co-founder of a New York-based agency.

That community has been helpful to William Mougayar, founder and CEO of Engagio Inc., a service that allows conversations across multiple online social networks and commenting platforms. His business is one of the first six to make use of the program.

“Behind every successful idea or venture is a good relationship,” he says. “At the moment we are concentrating on signing up more users wherever they are.”

The first CTA cohort is composed of four Toronto-based firms and two Montreal-based businesses. From Toronto is Engagio Inc., Speakerfile Inc., and Uken Games. From Montreal is Buyosphere and Recoset Inc..