Ottawa is poised to introduce a new immigration visa to speed the stream of foreign startup entrepreneurs into Canada.

Immigration minister Jason Kenney’s office confirmed to Reuters thatthe new visa is in the works. Ottawa plans to put a moratorium on itsexisting entrepreneur visa (which requires an immigrant to hire oneperson for one year) and launch the new visa some time later this year. 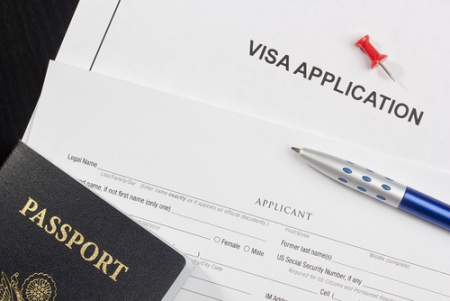 About 2,750 of the new startupvisas would be granted per year in Canada. (Photo:Shutterstock.com)

The new initiative would issue visas to 2,750 immigrants identified byCanadian venture capitalists as potential startup entrepreneurs. The VCfunds would be required to invest in those immigrants and checks wouldbe in place to make sure that investment actually happens.

The Reuters story says such immigrants could be cleared for entry toCanada within weeks of being identified by VC firms. Supporters say theplan could help attract many talented tech entrepreneurs to Canada whoare frustrated with their attempts to immigrate to the U.S.

Ottawa has already put a moratorium on any new applications to itsexisting skilled worker visa program in an effort to clear a hugebacklog by 2014.

Christine Wonghttp://www.itbusiness.ca
Christine Wong has been an on-air reporter for a national daily show on Rogers TV and at High Tech TV, a weekly news magazine on CTV's Ottawa affiliate. She was also an associate producer at Report On Business Television (now called BNN) and CBC's The Hour With George Stroumboulopoulos. As an associate producer at Slice TV, she helped launch two national daily talk shows, The Mom Show and Three Takes. Recently, she was a Staff Writer at ITBusiness.ca and is now a freelance contributor.
Previous article
Data breaches are down but hackers are more selective: Symantec
Next article
Webcast replay: Incubes Demo Day from TSX