Canada is making some big headway in the battle against malware, with new figures showing our infection rate is just half that of the global average.

Out of every 1,000 computers scanned, just 2.7 in Canada are infectedwith malware, well below the global rate of seven infected machines per1,000, new data from Microsoft Corp. shows. The research also shows thatwhile the worldwide infection rate has dipped only slightly since thethird quarter of 2011, Canada’s has slid dramatically from about sixinfections per 1,000 computers to just 2.7 today. 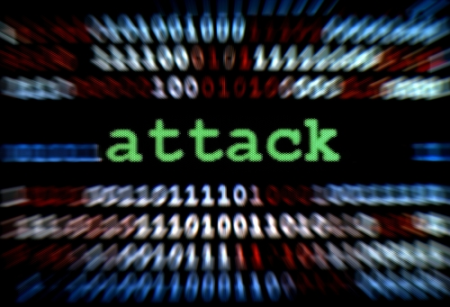 “Canadians are pretty savvy about using the Internet, so that isuseful. And user education is pretty good here, at least from a malwareinfection (perspective),” Rains said in an interview following hispresentation of Microsoft’s latest security data at the SecTORconference in Toronto.

He pointed out that kids start learning about IT security fairly earlyon in Canada compared with some other countries. Canadian serviceproviders are also proactive about circulating security alerts tocustomers, he added.

But Canada can’t spend too much time celebrating its cyberaccomplishments, Rains suggested, because it needs to quickly shift itsattention to a new and massive threat: Blacole, one of the world’s mostdamaging and fastest growing cyber threats. Blacole literally came outof nowhere to shoot to the top of the list of IT threats in Canadawithin the past year. Blacole is now the most common IT exploit inCanada, affecting 10 per cent of all infected computers here, and “unless thingschange I would likely expect for that to increase over time,” Rainssaid.

“(Blackole) emerged over last six to 12 months from not being on anytop 10 lists,” Rains said. “It’s a drive-by download kit people can buyfrom online black markets that allows them to set up a Web page andwhen unsuspecting users visit that page, it loads and has a whole bunchof hidden exploits.”

Crunching some other numbers from the Microsoft report, miscellaneousTrojans are the most common threat category in Canada, detected in 45per cent of all infected Canadian computers compared with the global average ofjust over 30 per cent. Yet Canada prevails when it comesto phishing sites, malware hosting sites and sites hosting drive-bydownloads, with fewer types of these sites than the global average.

Christine Wonghttp://www.itbusiness.ca
Christine Wong has been an on-air reporter for a national daily show on Rogers TV and at High Tech TV, a weekly news magazine on CTV's Ottawa affiliate. She was also an associate producer at Report On Business Television (now called BNN) and CBC's The Hour With George Stroumboulopoulos. As an associate producer at Slice TV, she helped launch two national daily talk shows, The Mom Show and Three Takes. Recently, she was a Staff Writer at ITBusiness.ca and is now a freelance contributor.
Previous article
Leaked spec sheets build buzz for RIM’s new BlackBerry 10 phones
Next article
Mobile ads, videos gain ground on desktop campaigns