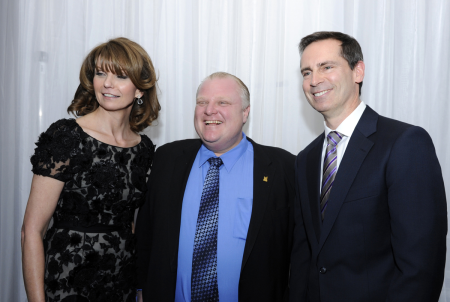 Calgary’sICT sector seems to be punching above its weight: although it makes up only 4.5 per cent of the city’s total GDP, thecluster’s productivity output has grown by 5.7 per cent from 2002 to2010. That’s much better than the 1.9 per cent productivity growthposted during the same period by Toronto’s ICT industry, which is farbigger than Calgary’s.

“These results underscore two criticalchallenges for the Toronto ICT sector, namely the need for more accessto venture capital and bettercommercialization of research,” the TBOTsaid in the report.

Overall, thelist was dominated by U.S. cities San Francisco, Dallas, Seattle andBoston which made up the top four ICT clusters among all the NorthAmerican centres studied by the TBOT in its report titled Scorecard onProsperity 2012.

Toronto ranks ninth in overall economic competitiveness out of thetwelve cities studied, a finding that suggests “Toronto’s … long-termtrend of lower productivity and GDP growth versus its competitors mustbe seen as a wake-up call,” said Carol Wilding, president and CEO ofthe TBOT in a news release accompanying the report.

The TBOT plans to host a summit on March 29 to explore how Toronto canuse more of a cluster-based approach to stimulate growth in all of itsmajor economic sectors, not just ICT.

In November, IT World Canada and the City ofToronto will co-host Technicity, the third annualgatheringof leaders from Toronto’s ICT, education, cultural, governmentand business communities to brainstorm ways of growing the city’s ICTsector.