The Canadian IT jobs market — in the doldrums for most of last year — is slowly reviving, but companies are moving cautiously, industry watchers say.

Dee said each quarter the firm’s general managers across the country apprise him of IT hiring trends in their respective jurisdictions. “In the last two of months of 2009 hiring activity definitely increased. Things quieted down a bit during the holiday season, but now in January the pace has picked up yet again.” 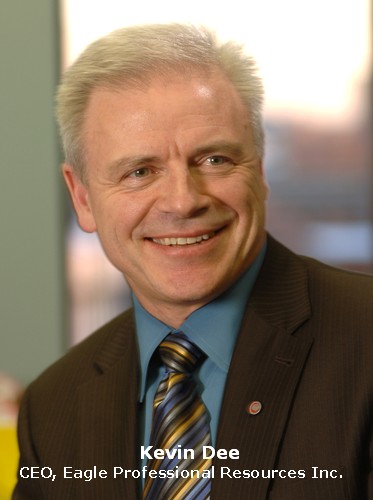 “It’s not surprising that much of the hiring is happening in the financial sector.”

This hiring trend, the Eagle chief said, is most apparent in the Greater Toronto Area (GTA) and Calgary regions, with banks and telcos leading the way. “We don’t see the same intensity in Montreal, Vancouver or other cities, where we also have a presence.”

Despite recession many IT posts still difficult to fill

It’s not surprising that much of the hiring is happening in the financial sector, the Eagle CEO said.

“Banks were the first into the recession, and experienced the worst fall out from phenomena such as sub-prime mortgages. So a year ago — in the U.S. as well as here — banks began cutting back drastically on IT projects and budgets to save money. But they’ve done all the cutting that they could do without compromising the business.”

He said now that a recovery is underway many banks are in dire need of bringing their systems up-to-date. “They’ve started doing a lot of work on infrastructure – consolidating storage and data centre-type capabilities. Other focus areas for banks are front-end business analysis initiatives, and projects that beef up their online capabilities.”

Another Canadian analyst echoed this view.

“As ‘financial services’ is a healthier market in Canada right now, it’s to be expected that we see a lot of IT job openings in that sector, rather than in manufacturing, for instance.”

Perrier-Knox, whose area of specialization is IT human resources management, said recent Info-Tech research indicates that companies are looking for very specific skill sets and roles.

Business analysts – Roles that really help bridge the gap between business and IT are in high demand, said Perrier-Knox. “Companies are looking for people who – along with good IT skills – have a strong understanding of business needs.

These folk, she said, serve an important translation role between IT and the business. “They identify what business requires of IT, and get those needs documented and communicated effectively.”

Virtualization and cloud computing specialists – These skills are in great demand among small and mid-sized firms looking to optimize their IT resources, according to Perrier-Knox. She said a range of IT job postings by SMBs call for these skills. Smaller firms are well positioned to easily adopt new Web-based technologies. They also have a whole menu of options to choose from, as regards how they want to acquire IT services and deliver those to their user base.

Business intelligence (BI) project leads – The need for harnessing corporate data from to make better business decisions is driving the demand for BI skills. But hiring for these kinds of jobs is happening mainly in mid-sized are large organizations, the Info-Tech analyst said.

For SMBs, she said, BI projects usually tend to be too complex and expensive to execute. “Besides smaller outfits may not have the infrastructure or even the data volumes in place to support these projects.”

Systems/application integrators – While some job postings call specifically a systems integrator, these responsibilities are quite often embedded in other positions you see advertised, said Perrier-Knox. She said it’s a form of cleanup and efficiency that allows companies make better use of the systems already in place. “So there’s a huge move right now to consolidate systems and servers, reduce the number of active systems, and get them to speak to one another and share data more effectively.

Help desk specialists – There are mixed views about about whether we’ll witness increased hiring in this area, according to Perrier-Knox.

She said on the one hand there is a recognition that the IT help desk needs to be improved for the overall health of an organization, as well as to enhance IT’s reputation for connecting with the business.

“But traditionally, help desk analysts have been undervalued, because it’s a softer skill set as opposed to a technical skill set. I hope it does grow. The good news is I’ve spoken with a lot of IT leaders who are planning on making some investment for that job role.”

However, she said, the way the help desk is perceived needs to radically change.

“Help desk analysts are often among the lowest paid IT professionals, and they are undervalued and taken for granted. There’s an assumption from those who work outside of that space that anybody can be a help desk analyst – it’s not that hard.”

She said acting from this perception, companies will often take a more senior systems person and put them on help desk duty, when they don’t necessarily have the skills to do that.

There’s a lot of end user hand holding, of diagnosing people problems that help desk professionals engage in, she noted. “Sometimes there’s a therapy component to that as well. So you just can’t take any IT person, throw them in a help desk environment and expect them to be successful. IT’s reputation will suffer as a result.”

As the IT job market grows steadily in Canada, south of the border we’re witnessing a very similar phenomenon.

The IT labour market in the U.S. is showing signs of stability, if not growth, according to separate indexes released by two firms that analyze monthly U.S. employment reports to determine job gains and losses in technical occupations.

For instance, The TechServe Alliance, an Alexandria, Va.-based industry group, said last month there were 6,400 new IT jobs added in the U.S. – a 0.2 per cent, compared to November.

The year-end total stood at 3.82 million IT jobs, it said. A year ago last month, IT employment was at 4 million, based on TechServe Alliance’s monthly analysis of IT-specific occupation categories in government employment reports.

David Foote, who heads the firm said jobs in U.S. occupational categories of “management and technology consulting services” and “computer systems design and related services,” accounted for 6,900 of those new jobs.

However, there are key differences between the Canadian and U.S. markets.

South of the border, most of the recent hiring was found to be in IT services-related occupations, an indication that many firms are turning first to contractors before adding internal staff.

Dee noted that while hiring contract workers represents the “typical cycle of recovery” for many businesses as the economy starts to turn around, in Canada the recovery pattern is slightly different from the U.S. “We weren’t hit the same way as they were south of the border, so our cutbacks haven’t been nearly as big as down there.”

One big disappointment here, he said, is that government spending on IT projects has lagged significantly.

This “spending crunch” is in part artificial, he said. “It’s not because there isn’t urgent work to be done. I know there’s a lot of pent up demand within the federal government for urgent projects that need to get underway. It’s just that because of recent scandals and the adverse media publicity that followed – everything federal agencies do is now being scrutinized very carefully.”

He said with the spotlight turned on procurement rules and practices, everything is being watched very carefully. “Managers are leery of stepping outside those rules.”

The fact that it’s a minority government just exacerbates this situation, he said, as opposition parties are looking to pounce on any mistake or miscalculation. “So the Feds appear to be keeping away from large projects for now.”

Why IT should love – and listen to – end users

Eight tips on how IT folk should deal with finicky users