Building the Smart City: How we build intelligence into what we have now 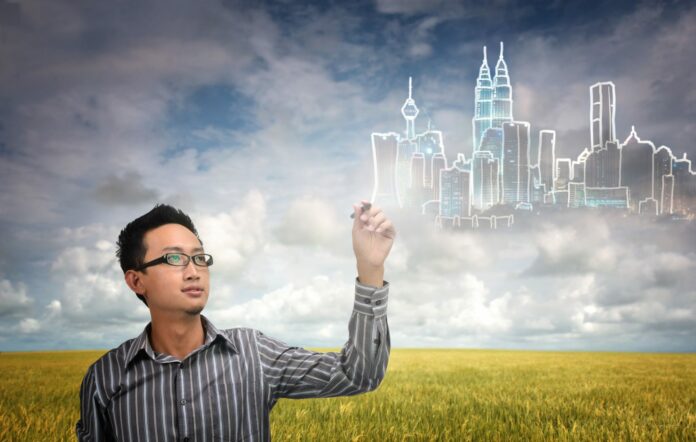 The “Smart City” may mean different things depending on who you talk to. For Rick Huijbregts, Cisco Americas, digitization lead and industry solutions, it involves several layers.

At its most basic level, it involves connected things like video surveillance, wireless access points and streetlights. Then there’s the digital infrastructure that connects and integrates those things. Then there are applications on top of that like traffic and energy management, and services like data processing and analysis in the cloud that helps solve key problems.

But it’s more than just technology, it’s about connecting devices in ways that enable more smart and timely action. “Smart Cities or ‘city digitization’ is about how to use technology and how to create a culture of innovation to solve all of those problems and to create a sustainable environment where citizens and businesses thrive,” he said.

The best way to get there could prove difficult, but there are some strategies that seem most likely to build intelligence into our existing cities.

Maintenance can lead to Internet of Things upgrades

To reduce energy consumption, many cities are upgrading their streetlights from conventional bulbs to LED lights for the 30 to 50 per cent energy savings. Huijbregts said that cities can add more equipment to streetlights when performing this retrofit like a Wifi access point or a sensor that tracks daylight or pedestrian movement.

“We see this opportunity to use the streetlight renovation as the beginning of a municipal network that is actually saving the city money, and that will pay for the network,” he said. “So there are ways to pick use cases – physical security, or energy with streetlights to get this ball rolling.”

This is happening now in various places. In Barcelona, streetlights have CO2, noise, and movement sensors so they can do much better mapping of pollution levels, noise levels, and how people move through the city – which is valuable data for urban planners.

Digital infrastructure could be a government-provided service

“In the same way we build and maintain roads, [cities are] going to build and maintain this digital infrastructure,” Huijbregts said, “and it’s at a fraction of the cost.” Compared to building a sidewalk or power lines, broadband is “pennies on the dollar” cheaper to build.

A good example is the City of Mississauga, which took steps to build its own private fiber network and citywide wireless network. This connects city services, and makes it easier for operations teams and emergency services to respond faster, and facilitate new services.

“In the same way we think about plumbing and roads and electricity, we need to think about a transportation layer for bits and bites that becomes the foundation for the Internet of Things on top of which citizens and new companies can innovate,” he said.

As a university student in Waterloo, Kurtis McBride did the job of counting cars at intersections. This meant recording when someone turned left or right, and when then went through. For eight hours.

This led him to find a better way to do this.

McBride is the co-founder and CEO of Miovision, which produces systems that collect data quickly, efficiently and automatically.

“Our ‘Scout’ system basically allows cities to collect a lot of data about what’s happening at an intersection, making it easier to collect and more cost-effective to do. And then our other product is called ‘Spectrum’, and it basically helps cities connect up their intersections in a much more cost-effective way,” McBride said. “We take advantage of existing cellular networks and the Internet to do what traditionally might cost [cities] 10 times as much and take them several years to implement.”

Instead of doing costly “rip and replace” installations of smart city infrastructure, McBride says it’s important to work with what cities already have.

“One of the insights we had was that if you see those gray boxes on the side of the road, there’s actually a lot of data that goes on inside. Every time a light changes or every time a vehicle drives over a little sensor in the ground, that box knows what’s going on but that data is kind of trapped. So what we did was essentially went in there and harvested all that information and we get it up into a place where we can better share it with other intersections and with other parts of the network,” he said. “ We unlock the data that’s trapped in that box.”

This is just one of many cases where data is already being collected, but it can now be securely accessed through the internet in order to fuel decisions in real time.

In the case of Miovision Scout, a lot of the data generated is for “signal re-timing projects” where data is used to optimize how intersections work. Traditionally, re-timing studies are done every few years, typically resulting in a 20 per cent improvement in travel times. If this could be done more often – or even continuously – the economic returns are apparent and exceed many times the cost of the IoT project itself.

The smart city won’t happen overnight, especially given the cautious nature of municipalities, but it’s finding its way into cities in transformative ways essentially aimed at reducing the costs of providing services to citizens.

David Hamiltonhttp://davidihamilton.com/
As a journalist, I delve into topics where technology and society collide. I’ve written for Canadian newspaper The National Post, and posted more than 3,000 articles on technology related to the Internet as a staff writer for trade publication the Web Host Industry Review. And I host and produce a podcast called Techish.
Previous article
This DIY script taps into AI to quickly create marketing personas
Next article
CFL hunts for a high tech game changer at SportsHack 2015