Buffering: Who are the CASL protesters?

Buffering… is an editorial cartoon series by Charlie Teljeur that ITBusiness.ca will be bringing to you on a regular basis in the weeks ahead. We want to know what you think – like it? hate it? indifferent? Let us know by commenting on this article in the space below. 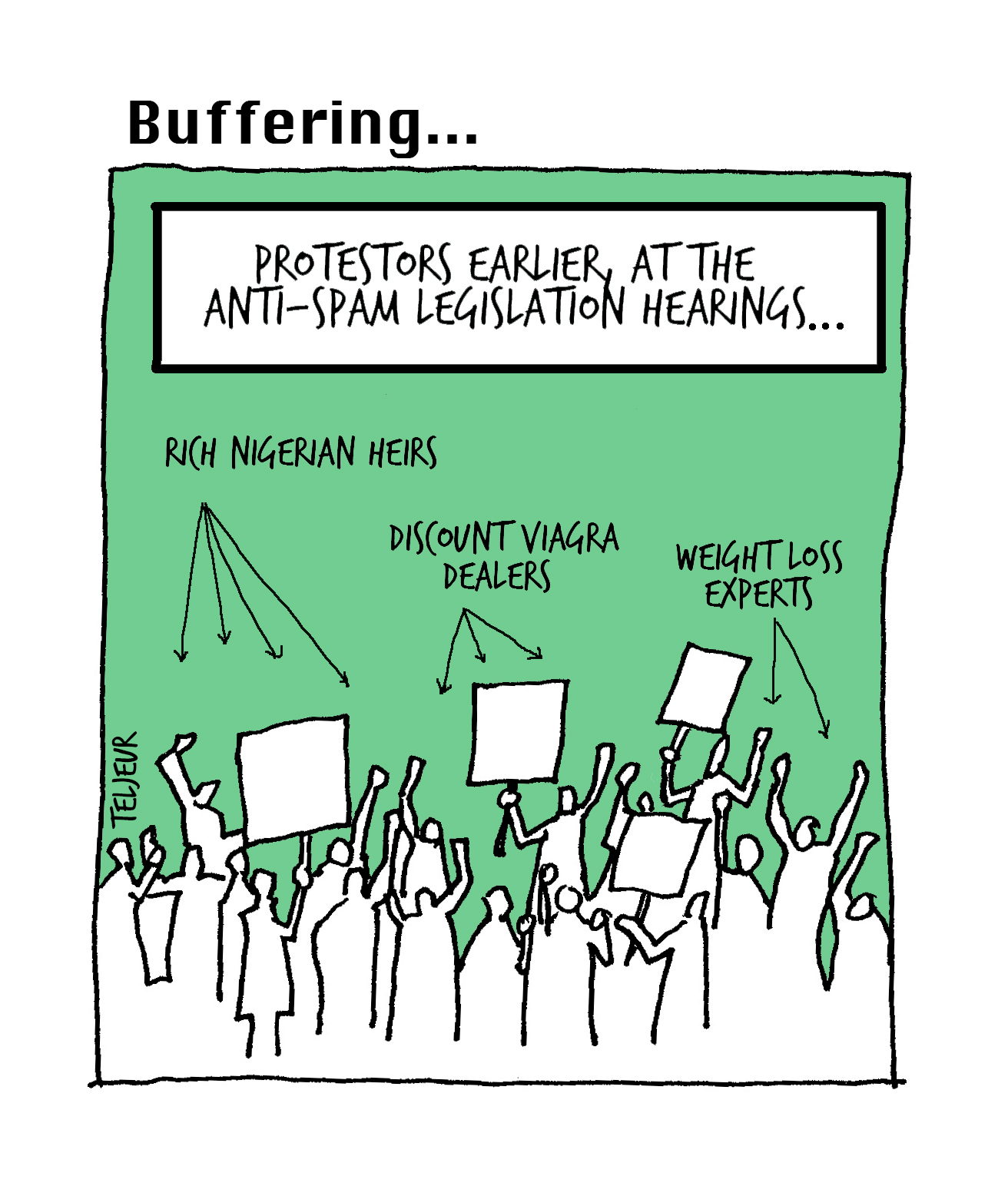 We’re nearing the one year anniversary of Canada’s Anti-Spam Legilslation (CASL) coming into effect, on July 1. Ahead of that date and since then, businesses have been scrambling to ensure email practices are compliant with the new law. Some have been more proactive than others, and the first fines have even been issued for failure to comply with the rules. While the groups depicted above may indeed be protesting CASL still, they’re not alone. With news that the law has lowered spam for Americans but not Canadians, a few more businesses might be making noise about the issue.

Charlie Teljeur
Charlie was most recently the Writer and Director of the feature length documentary There's Something In The Water? which aired in primetime February 2014 and was based on the book he authored in 2010. Charlie is also the Creator of cartoon hits such as: Boonieville, The Instigator and Hockey Sock Puppet Theatre. He has been involved in many forms of multi-media over the years and his writing and illustration work has been seen in The Hockey News, The Halifax Daily News, Sun Media and CBC Sports Online. During this time he has interviewed the likes of Morgan Freeman, Charlie Sheen, Bo Jackson, Dr. J, Bernie Parent, Mike Bossy, Joe Carter, Jonathan Goldsmith (“The Most Interesting Man in the World”), Margaret Atwood, and many more.
Previous articleCellular tablets will grow as Wi-Fi tablet market begins to recede
Next articleDell ProSupport helps Republic Metals keep smelting gold

Buffering: What’s in a domain name?

Buffering: Getting everything in sync