The Toronto-based company that wants to make thought-controlled computing a consumer product is one step closer to making that a reality.

With 12 days left in its crowdfunding campaign on Indiegogo.com, Interaxon Inc. has surpassed its $150,000 goal and reached more than $199,000 in pledges. Its product, Muse, is a sleek headband that promises to read your brainwaves and interact with mobile devices and computers. The initial focus will be on a brain training game, helping Muse owners achieve mental mastery, but the potential developer implications are limitless. Consider the reward offered for a pledge of $8,500: a thought-controlled beer tap. None of the three available have been claimed yet, but Interaxon tells us they have one in their office and it’s an pretty interesting way to pour a pint.

We asked Interaxon co-founder and chief operating officer Trevor Coleman to tell us about the firm’s experience with crowdfunding.

TC: InteraXon is an interdisciplinary team of artists, engineers, anthropologists, neuroscientists and designers. We have been working with brain-computer interface technology for almost a decade. The current team started to come together in 2007, and since then we’ve been working to make brainwave technology an accessible, affordable reality. Muse, InteraXon’s new brainwave sensing headband, has been in research and development for close to four years. After much concerted effort and thousands of working hours, we felt ready to flip the switch and publicly announce – by way of crowdfunding – what our team had been working on. The response from all over the world has been phenomenal.

Muse is a 4-sensor EEG headband designed as a sleek and comfortable, ubiquitous device. Interfacing with iPhones, Android phones, and tablet computers, it’s geared towards everyday use – for individuals interested in learning to work with their brainwaves and who want to incorporate a knowledge of their brain’s activity to enhance daily life.

Our goal is to make brainwave-enabled technology accessible and affordable to all, and we think with Muse we’re one step close to doing that. We turned to crowdfunding to raise money for our first manufacturing run, and the response reaffirmed for us that there is high consumer demand for a wearable computing device of this kind. Our campaign has been drawing attention and support from all different types of Indiegogo users. Everyone from the highly tech-focused developer, to the curious, everyday individual – people who are interested in working on things like memory, focus, and concentration, and getting immediate feedback on how they are doing with it. 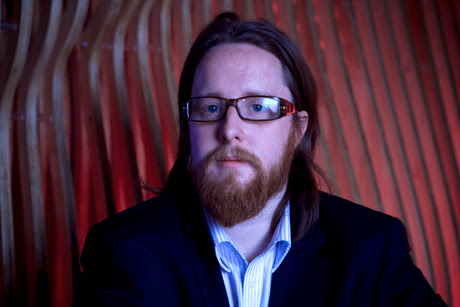 Trevor Coleman is a co-founder of Interaxon.

BJ: How successful was the model of crowdfunding vs. your expectations of it ?

TC: The crowdfunding model has been very successful. To date, we’ve surpassed our goal by $40,000 and counting. We hit our $150,000 target on Nov. 20 and we’ve seen Muse gaining more attention daily via media outlets, blog posts, social media, and great word-of-mouth. We did our homework and put time into researching the crowdfunding model beforehand by, for instance, having a look at other campaigns of technology products we liked. We had regular planning meetings to discuss the kind of creative and informational output we wanted to achieve, so that we could best portray Muse –  the brainchild of many years of research – to our target audience. We’re happy with how wide-reaching the campaign has been so far and that even while meeting our funding goal, new pledges are received daily.

TC: I think equity-based crowdfunding will be an important part of how companies raise money in the future, but like all methods of fundraising it should only really be one tool in the box. Traditional investors will always have a place, and they still add tremendous value to a startup.

From the start-up perspective, I think the current crowdfunding model is actually pretty close to perfect. It forces you to distill your offering down to something consumers can understand and actually want. When people support you they are helping you show traction for your product or service, not just an abstract idea or possibility. A $100 sale is worth more to an early stage start-up than a $100 investment.

I think there’s also the danger that equity-based crowdfunding will create an environment where people will use it to get a lot of money, and not produce a whole lot. When you take money from a VC, there’s a lot of oversight. Every young company needs that. I’m sure there are a few people who you could give $1 million and they’d come back a year later with a beautiful product. Those people are pretty rare. Most people are going to make mistakes, they’re going to burn money, and when you have a lot of money and no oversight it’s almost impossible to recognize that’s happening.

So to sum up, I think equity-based crowdfunding has the possibility to make it much easier to get the money together to get started though I think it needs to be added to traditional fundraising, not replace it. And I think that there are going to be some failures before we get the kinks worked out.

Brian Jacksonhttp://www.itbusiness.ca
Editorial director of IT World Canada. Covering technology as it applies to business users. Multiple COPA award winner and now judge. Paddles a canoe as much as possible.
Previous articleStartup Canada picks the winner of its Canadian Mentorship Challenge
Next articleShould SMBs worry over a UN Internet takeover?

“A mental wizard hat” – the verdict is still out on Elon...