BlackBerry gets a ‘D’ in back-to-school phone sales

Looks like a lot of students didn’t head back to school with a BlackBerry or Windows phone in their backpacks this year.

Vancouver-based iQmetrix surveyed 7,000 wireless retailers in NorthAmerica between July 23 and Sept. 14 and found that the most popularphones during the key back-to-school sales period were Android(capturing a 59.1 per cent share of consumer spending) and iPhone (39.2per cent). 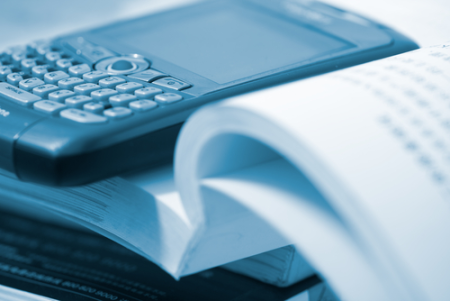 A lot fewer kids will be hittingBlackBerry keys while hitting the books this school year, iQmetrixsays. (Photo: Shutterstock)

As reported in our source story from the Boston Herald,Research inMotion’s BlackBerry phones captured just a 1.5 per cent share of theback-to-school market, a 26.1 per cent drop since 2010. In last placewas Windows Phone, garnering just 0.2 per cent. Windows Phone accountedfor just 1.7 per cent of sales in 2011 and 0.1 per cent in 2010, so theWindows Phone OS appears to have flatlined.

It’s worth noting, however, that the survey was conducted beforeApple’s Sept. 21 launch of iPhone 5. Who knows how much of a boost thatrelease may have given Apple in back-to-school sales if it had onlybeen moved up by a week or two?

Christine Wonghttp://www.itbusiness.ca
Christine Wong has been an on-air reporter for a national daily show on Rogers TV and at High Tech TV, a weekly news magazine on CTV's Ottawa affiliate. She was also an associate producer at Report On Business Television (now called BNN) and CBC's The Hour With George Stroumboulopoulos. As an associate producer at Slice TV, she helped launch two national daily talk shows, The Mom Show and Three Takes. Recently, she was a Staff Writer at ITBusiness.ca and is now a freelance contributor.
Previous article
Mobile malware soars more than 2,000 per cent in just one year
Next article
GoodReader update brings native Windows file sharing to iPad