With the release of Research In Motion’s (RIM) brand new mobile OS right around the corner, the BlackBerry-maker is teasing its new software on its official blog and elsewhere online, including popular social-networking service Twitter.

Most recently, RIM posted a fairly detailed walkthrough of some of the new multimedia features found in BlackBerry 6 on the Inside BlackBerry blog. What follows is my personal take on the most interesting new BlackBerry 6 multimedia enhancements.

RIM says the media section of BlackBerry 6 will be easier to navigate due to the presence of more visual cues, including album art, so users no longer need to find their way around music collections using mostly text.

6 timely tips to get the best out of BlackBerry Messenger

New image organizing settings let users group sets of images stored on BlackBerry smartphones by the date they were taken or by “event,” which presumably means you can add some sort of event-label to sets of pictures. 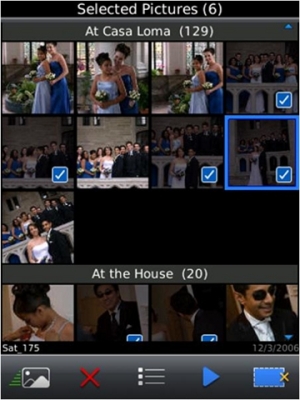 Another great new addition is the ability to select groups of images for quick and easy sharing, copying and pasting and removal. I’m particularly excited about this feature, because I do most of my image management on my device, and I’ve wanted a way to bulk-delete old images for quite some time… [Next Page]

Similar to the album-art-based audio navigation tweaks mentioned above, BlackBerry 6 users will also be able to search through video content using thumbnail images instead of just text, as is the case with RIM’s current BlackBerry OS, v5.0.

An integrated “YouTube Video Uploader” makes it simple to transfer video content directly from your BlackBerry smartphone to the Web. 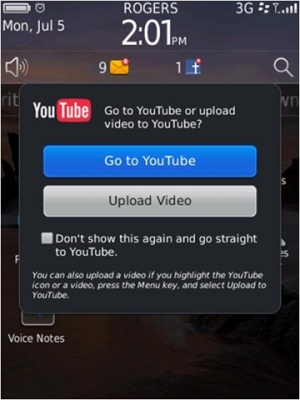 And the new universal search function in BlackBerry 6, which RIM highlighted in one of its recent BlackBerry 6 teaser videos, also integrates with online video-sharing services such as YouTube, so it’s quick and easier to find the content you desire. New settings also enable higher video-streaming quality over Wi-Fi connections, according to RIM.

A new UI for the BlackBerry camera app makes it easier to snap the images you desire, according to RIM. New custom settings, such as portrait and landscape orientations, face-detection technology and a “sports mode,” meant for capturing live-action shots, all mean BlackBerry users will be able to capture a wider variety of images in better quality.

RIM’s been lacking such a podcast app for some time, in my opinion, and it’s nice to finally see the company fill in that gap…even if it did take longer than expected… [Next Page] 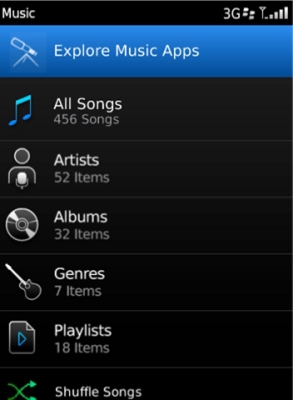 Unfortunately, it’s unclear whether or not Mac users will also get access to these new features, but the fact that RIM did not specify Mac-support probably doesn’t bode well for Apple computer users.

There you have it. The latest rumors suggest RIM’s BlackBerry 9800 slider, thought to be the first BlackBerry 6 device, will be released on AT&T in the United States on August 15, so it shouldn’t be long before we can all get thumbs on the new OS.

Social media in, cloud computing out for Canadian retailers