Beyond local: How Groupon can boost your e-commerce business

Launched in November 2008, Groupon leverages collective buying power to offer huge discounts, which are the result of partnering with small business owners who offer the deals. The featured deal-and the business offering it-can be discovered by more than 36 million active Groupon customers through Groupon.com or the mobile Groupon app. For these deals, customers buy the discount certificate and redeem it on their next visit to the business.

What many online retailers don’t know is that Chicago-based Groupongoes beyond these types of local deals and provides ecommerce businessowners with tools and services to cash in on the Groupon craze.

The actual cost of running a Groupon is typically a 50-50 split betweenGroupon and the merchant. For example, if you offer a deal in whichconsumers spend $25 to get $50 to spend at your restaurant, $12.50 ofthe deal purchase price goes to Groupon and $12.50 to your business.The promotional value is the responsibility of the merchant.

Nicholas Halliwell, Groupon’s manager of merchant public relations,says the company helps merchant partners structure the best deal andput strategies in place to manage the increase in customers and sales.This includes steps such as setting the right deal price and makingsure you have considered what additional staff or stock will be needed.

According to Halliwell, a successful Groupon experience requiresplanning. “Typically what we see–and what we prepare merchantsfor–is a lot of customers at the beginning of theredemption phase and a lot toward the end right before the extra valueis about to expire,” he says.

How etailers can use Groupon
Without a bricks-and-mortar location, anonline-only business doesn’tfit the bill for a typical Groupon deal, since there’s no physicalplace for customers to visit and redeem the certificate. However,Groupon does offer value for online merchants by going beyond localdeals and providing ecommerce business owners with a way to cash in onthe Groupon craze.

Groupon Goods, available through the Grouponworks.com site,is a deals program designed for businesses that don’t have a localstore. This consumer products channel is for buying items such aselectronics, beauty, home and garden, toys or even sports items.

In explaining how the marketing promotion works, Halliwell describesGroupon Goods as a “conduit,” adding, “You buy the product from themerchant but it goes through Groupon.”

Since this is a bit different than the daily deals set-up for local merchants, Groupon will work with an online retailer to determine how many items will be made available. A third-party vendor will retrieve the items from the merchant’s warehouse and then pack and ship the items to individual customers on behalf of Groupon, who also handles all returns and customer service for the promotion.

Making Groupon Goods work for you
So far, Groupon Goods appears to be popular with online merchants.Marlon Wilson, owner of the online retail site Exclusive PhoneSkins, has already experienced Groupon Goods and is lookingforward to running a second deal.

Exclusive Phone Skins saw gross monthly sales increase from about$3,000 to $40,000 during a Groupon Goods promotion.

Wilson started Exclusive Phone Skins in March 2011 as an outfit forselling iPhone and other smartphone cases and accessories online. As asmall part-time business, Wilson says he typically did $3,000 per monthin sales.

“I’m a customer of Groupon myself, and, since I love the email deals, Istarted thinking about how I could offer a Groupon for my ownbusiness,” he says.

Knowing he could pick up the extra inventory, Wilson got in touch.After reaching out to Groupon, the company did a background check andverified that the inventory was available. (Wilson had to purchase theinventory after negotiating the maximum units to be made available toGroupon and agree on a deal price.)

The deal Exclusive Phone Skins offered was 60 percent off and freeshipping. With Groupon Goods, gross sales increased to $40,000 in onemonth, Wilson says.

For an online retailer considering a Groupon Goods, Wilson recommendsthat you prepare for an increase in traffic. Groupon has more than 36million email subscribers-when the deal runs, you have to be ready toplease every customer who purchases a voucher.

Another downside: Since the transaction is handled by Groupon on behalfof its customers, you don’t have access to the buyer’s data, so thereare no email addresses to add to your marketing list. However, afterWilson’s promotion ended, he says his Web store benefited from regularincreased daily traffic, as well as sales on other products that werenot included in the deal.

Is Groupon right for your business?
There’s been a lot of talk about Groupon, both good and bad. Somemerchants found they weren’t prepared for the influxof customers. Others say Grouponis expensive. There’s also the large group of merchantssatisfied with the Groupon marketing deal.

Groupon does seem to be listening to its merchant partners. In additionto the Groupon Goods option for online retailers, the company alsolaunched a Merchant Center to give small business partners a snapshotof their featured deals and see customers’ demographics information,including age, sex and ZIP codes. There’s also Groupon Now,which is designed to let merchants set the time of day for redemptionduring off-peak hours, and GrouponRewards, which helps build customer loyalty with consumerswho buy your Groupon deal.

There’s no doubt that using Groupon is attractive to small businesses,mainly because the company run most aspects of the campaign for you.Ecommerce business owners need to do their research first, though. Lookat your bottom line and determine if you will still profit after costs,make sure you can handle the increase in traffic and, finally, decideif offering a huge discount deal will benefit your business in the longrun.

Based in Nova Scotia,Canada, Vangie Beal has been covering small business, electroniccommerce and Internet technology for more than a decade. You can tweetwith her online @AuroraGG. Follow everything from CIO.com on [email protected], on Facebook, and on Google +. 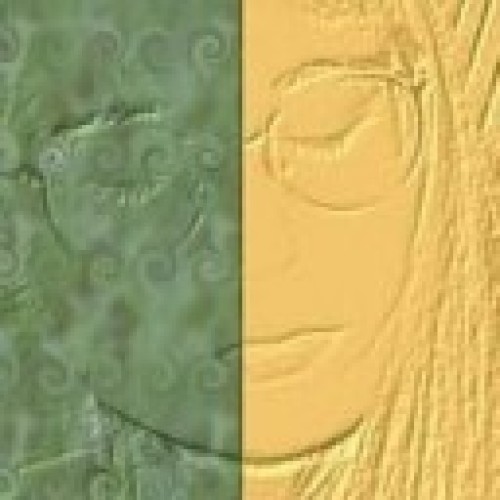