HP’s EliteBook series has long been its premium business-notebook range. For this generation HP’s naming convention has changed, going from a four digit model number to a designation that is similar to their servers. The model we are looking at for this list is the 840 G1, 8 being the series, 4 being the screen size and G1 referring to what generation it is. Next year’s model will be a G2. The EliteBook 840 G1’s predecessor was the 8470p. Along with the model number changes, the other big change this year is that HP has dropped optical drives from all the EliteBook notebooks, allowing them to be thinner and lighter. Even the mainstream 14-inch 15-inch models are now within the dimensions required for them to be called an Ultrabooks.

The EliteBook 840 G1 is constructed of premium materials, aluminum and magnesium, and is very attractive, with a silver base and a soft-touch black finish on its lid. As an EliteBook it has passed ten MIL-STD 810G tests for drop, vibration and dust resistance making it a very tough machine. However, it is not exactly the thinnest Ultrabook here – 21 mm is pushing the Ultrabook spec (for 14-inch and bigger the maximum height specified by Intel is 23 mm). It can also get pretty heavy for an Ultrabook, especially if you get the touchscreen model, which weighs almost 4 lbs.

The 840 G1 is available with a FHD IPS screen (1920 x 1080) which is very bright and has great viewing angles. Strangely, the optional touchscreen is only available in HD+ (1600 x 900), not FHD. Also, there is only one pre-configured Canadian model with the FHD screen, and it is a Core-i5 model. If you want a model with an i7 CPU, you have to settle for a lower-resolution screen, and neither the HD+ or HD (1366 x 768) screen are IPS – both are lower-quality TN panels with poor viewing angles. It is unfortunate that a notebook with an ‘Elite’ designation is not available with high-quality displays across the board. 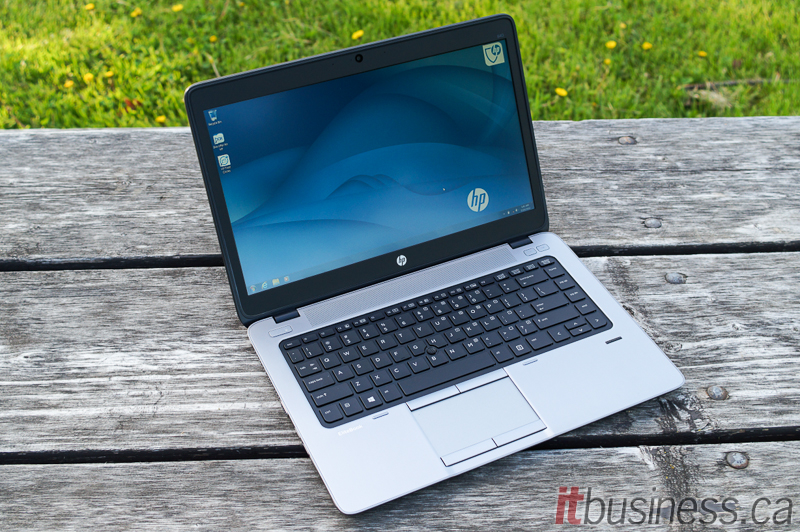 The EliteBook’s backlit keyboard is very good. It is spill-proof, has very little flex, and the keys have good travel. We’d say the keyboards on HP’s EliteBooks are second only to the industry leading keyboards found in Lenovo’s ThinkPads. The touchpad on the 840 G1 is also very nice – it is very smooth and accurate, and still has physical mouse buttons. There is also a trackpoint for users who prefer that method of cursor control.

The 840 G1 is available with CPUs that have vPro full Enterprise manageability, though the CPU on the base model does not have it this feature, since it is aimed at SMB customers who don’t usually need this. It can also be configured with discrete AMD 8750M Radeon graphics, and is one of only two models in this list that have an option for dedicated graphics. 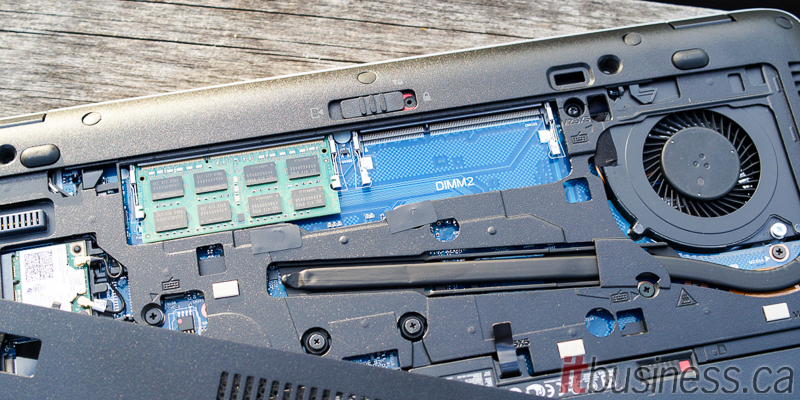 In keeping with its mainstream business notebook roots, the 840 G1 still has a removable battery and easily accessible internals to upgrade the RAM, SSD and more. It is the only model here that allows the entire bottom to be removed so you can access all its internals. It has two accessible DIMM slots, so you can put in up to 16GB of RAM. It also has lots of ports – four USB 3.0, VGA, Ethernet, full-sized DisplayPort and SD card reader. A fingerprint & SmartCard reader are standard, and its unique HP side docking connector for HP’s UltraSlim Docking Station allows for full enterprise docking capabilities without compromising the notebook’s thickness by having a port on the bottom. The UltraSlim dock adds four more USB 3.0 ports, and two DisplayPorts for dual-display. The 840 G1 has good battery life and has been tested to run up to 7.5 hours.

It comes with a 3-year HP Elite warranty and starts at $1000, which is very reasonable for its specifications and features, though that configuration is with a regular hard-drive instead of an SSD drive. 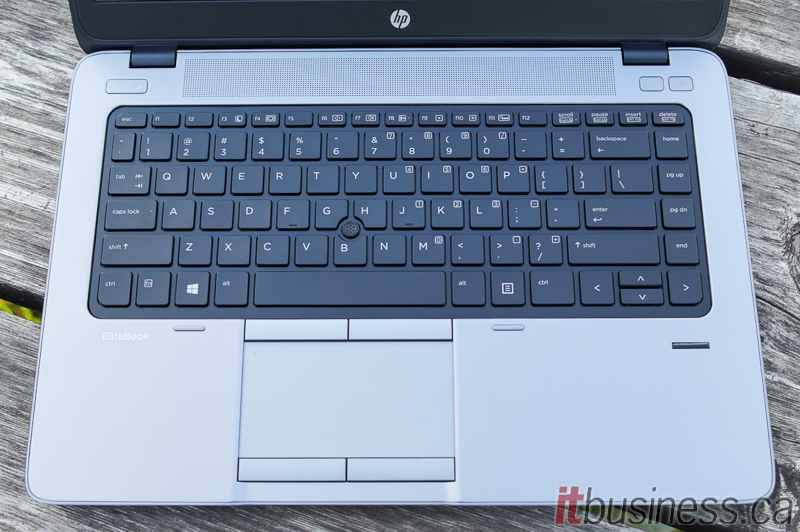