Bell Aliant president and CEO Karen Sheriff will be honoured tonight as woman of the year at the 2012 Canadian Women in Communications awards gala in Ottawa.

Sheriff, currently the only femaleCEO of a major Canadian telecomcompany, is being honoured with the award for “her focus, good judgmentand emphasis on mentoring and talent development (which) make her anexemplary role model,” the CWC said in a news release highlighting thewinners in various categories. 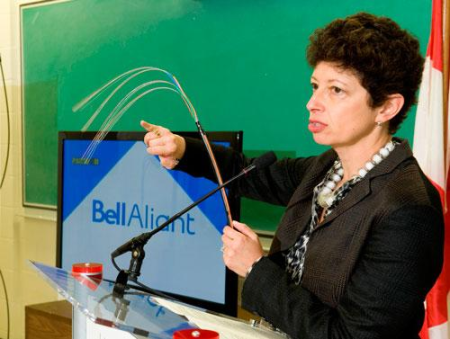 The two other major winners this year are IBM Canada Ltd. for employerof the year and Industry Canada for sustainability in gender diversity.Among IBM’s initiatives are its IBM women’s executive councils, womenin technology chapters, and women in technology campus liaisonprogram.

CWC is a bilingual organization based in Toronto that was formed tocreate professional development opportunities for females in theCanadian communications industry and celebrate women executives whohaveexcelled in the field. It has over 1,000 members.