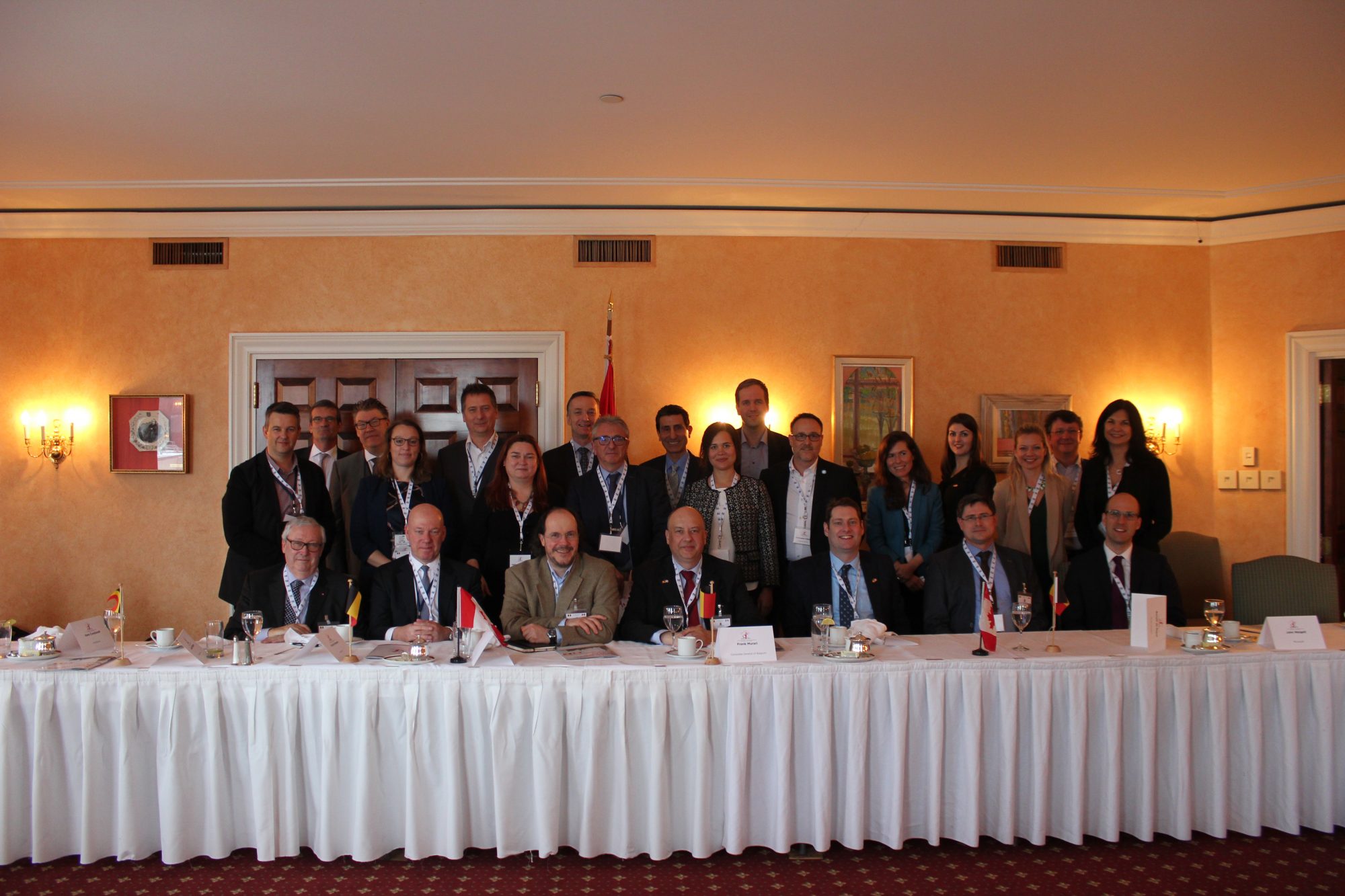 Belgium may still be a year away from ratifying the Comprehensive Economic and Trade Agreement (CETA), but that didn’t stop technology entrepreneurs that are part of a royal delegation from making stronger ties with Canada.

Belgian tech entrepreneurs met with representatives from Canada’s tech sector on Tuesday at a meeting in Ottawa organized by the Information and Communications Technology Council (ICTC). The meeting comes as Belgium’s King Philippe and Queen Mathilde are in the nation’s capital for Belgium’s first state visit to Canada in more than 40 years.

Many of the Belgian entrepreneurs taking part in the meeting are already making ties to Canada, and speak highly of the country’s innovation record. Some even say they’d prefer opening up an office in Canada over the U.S.

“We feel for sure that Canada has some really great tech centres,” says Hans Constandt, founder and CEO of Ontoforce. “We feel there’re good incentives to hire employees here rather than the U.S.”

An office in the Toronto region could provide access to the Northeast U.S. and provide some cost savings, as well as access to the top talent, he tells IT World Canada. Ontoforce is a data platform that provides organizations with large, unstructured data with fast semantic search capabilities. From there, datasets can be sold to third parties that find value in it.

It’s already been collaborating with the University of Alberta for the past year and a half on its DrugBank database, which combines details about drugs with information about drug targets. Now Ontoforce wants to expand its services beyond the pharmaceutical industry.

“That’s why I’m here in Canada, to find people to collaborate with and open up other verticals,” Constandt says. “Our system is ready for other verticals.”

Belgium’s King has a reputation for conducting trade-focused missions to other economies. Even before he became the king, Philippe was named as Honorary Chairman of the Belgian Foreign Trade Board in 1993. In that role, he ran dozens of trade missions. His wife, Queen Mathilde, has also led economic missions with the head of state since 2011.

Ceremonial tree planting and laying of a wreath at the monument of the Unknown Soldier. Symbols of attachment and gratitude #BELCAN2018 pic.twitter.com/bmB9YOOENd

On one of those missions to Qatar, Ronald Broekx, the founder of e-Point accompanied His Majesty. He was also in tow during the Ottawa trip and attended ICTC’s meeting. His startup is looking to commercialize research that he’s conducted on using a virtual reality garden to treat the elderly living with dementia or Alzheimer’s.

Broekx says he was interested in the topic of artificial intelligence and deep learning, which came up at the meeting.  He’s also collaborating with researchers from the University of Ottawa on studying the benefits of his technology in care homes.

“Having our King and Queen come to represent us is better than coming alone,” he says. “Having King Phillippe in Canada now is very important to us. It connects people in Canada to the Belgian people.”

With CETA having entered into force Sept. 21, 2017, and the Belgians reassuring Ottawa it will eventually pass through its parliamentary process, one entrepreneur is thinking about implications of Canadian businesses entering the EU market. Jane Murphy, founder of the Brussels-based European Data Protection Office, says Canadian businesses aren’t yet paying enough attention to complying with the new General Data Protection Regulation (GDPR) by May 25 to be ready to do business with Europe.

“There’s a huge need for awareness among non-EU companies,” she says.”It requires you appoint an EU representative and that’s the role we are looking to fill.”

Here’s a guest list of the meeting provided by ICTC:

Brian Jacksonhttp://www.itbusiness.ca
Editorial director of IT World Canada. Covering technology as it applies to business users. Multiple COPA award winner and now judge. Paddles a canoe as much as possible.
Previous articleHashtag Trending – China’s using sunglasses to spy on people; 3D-printed homes for $10,000 USD; a new startup will preserve your brain
Next articleSalesforce targets small businesses with release of Essentials