There’s a war for IT talent being waged in Canada today, says Lara Dado, the regional vice-president for Robert Half International.

The executive outlined the new compensation figures from the latestreport on IT hiring in Canada by Robert Half Technology, a recruitingcompany for IT professionals. It’s a case of good news and bad news,depending on your perspective.

The good news if you’re an IT professional is that you’ll be getting anaverage raise of 4.5 per cent compared to last year’s levels.

The bad news, if you are an employer looking to hiresome of these people, is that they’ll be hard to find and cost you alot of money. 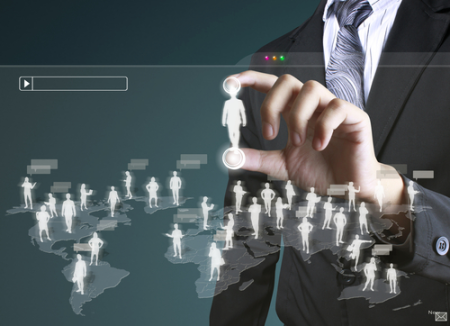 The battle for IT talent isdriving salaries up, says a Robert Half report. (Photo: Shutterstock)

The Robert Half report found that the expected salaries for in-demandpositions are as follows:

“In 2013 the demand for IT workers will grow. If you turn the clockback to 2009 most organizations contracted budgets and downsized inareas such as finance and operations, while IT ran lean. Today, mostorganizations of all sizes recognize the need for more quality IT forits projects, rollouts and upgrades,” Dodo said.

The crisis in IT talent in Canada stems from the 1980s when ITenrollment was down significantly. “Top talent is light and it hascreated a perfect storm,” she added.

The report also found that employers are paying a premium for the rightkind of IT talent. For example, if you’re a Sharepoint developer expectto get 13 per cent more dollars than the average salary for yourposition. Those with virtualization skills are getting a 10 per centpay hike.

What do they get for that investment? Well, not much. The averagenumber of resumes obtained by CIOs for an open technology position is39, which Dodo said is small except if you’re looking for Sharepointdevelopers.

Related Story | How to keep up with IT sector salary levels

Craig Duncan, an executive at Dell Canada, said he has seen resumesdrop significantly from 100 per job posting years ago to just five perjob posting this year.

Another factor in the war for IT talent is the bring your own device(BYOD) trend, Dodo added.

The report found that BYOD is challenging technology departments.Approximately one-third of CIOs allowed BYOD and out of those, only 28per cent allowed full tech support. More than 66 per cent of CIOsallowed some form of limited IT support on BYOD, but 100 per cent ofCIOs acknowledge that support would be required eventually.

“BYOD brings issues of cost and security and challenges the folksin-house who can support it. This is a very complex issue if you lookat areas such as what data can be acceptable by the device,” Dodo said.

Cisco recently polled college students, Dodo said, and these future ITcandidates expect to use their own device as a minimum expectation foremployment. “When we get to areas such as compensation, small itemssuch as BYOD are no longer small and could be the difference inattracting the right candidate,” she said.