After the dot-com bust, Michael Hyatt recalls, the conventional wisdom was that nobody would invest in the Internet any more.  He wasn’t convinced.

“I didn’t think people would give up their e-mail addresses,” says the co-founder and chief executive of Toronto-based BlueCat Networks. “And they didn’t.”

So Hyatt and his brother Richard started BlueCat in 2001 to develop an appliance for managing Internet Protocol (IP) addresses within an organization. The original reason for doing this was that another company they ran was finding existing ways of managing IP addresses on its internal network too cumbersome. Unable to find what they wanted on the market, they built it, and then decided it was good enough to sell. 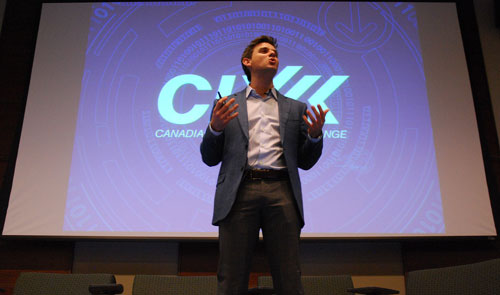 Michael Hyatt is CEO of BlueCat Networks, the CIX 2010 most innovative ICT company of the year.

Apparently it was. BlueCat now has 187 employees and more than 1,300 customers around the world, and was named the most innovative information and communications technology (ICT) company at CIX 2010, the Canadian Innovation Exchange’s annual honours for hot IT, clean tech and digital media ventures.

Its success confirms that, painful as the dot-com bust was, the Internet is far from over. Hyatt says he sees a second generation of companies pursuing online opportunities today. And even though the tech sector faced further setbacks in the latest recession – though it wasn’t at the centre of the storm this time as it was in 2001-2003 – Hyatt thinks a recovery in tech spending is now under way.

As more business and personal activities move online, a fair chunk of that spending will be going to tools that help businesses manage increasingly complex networks and online activities. BlueCat’s IP address management product line is one example, addressing the need to manage a growing number of IP-enabled devices on internal networks. Other recent award winners focus on helping businesses manage their presence on the open Internet.

GShift co-founders Krista LaRiviere and Chris Adams started two previous Web-related companies, cgk Technologies Group offering a variety of services such as web design, hosting and search-engine optimization and Hot Banana Software concentrating on Web content management. They sold both in 2006 and worked for the new owner, Lyris, Inc., for a couple of years before launching gShift in the summer of 2009.

LaRiviere, gShift’s chief executive, says search engine optimization is a specialty requiring technical knowledge and expertise. “We want to give that knowledge and expertise to everyone else in the world,” she says. So gShift built software that will help ordinary business people – and SEO specialists too – fine-tune websites and other online activities such as social networking to get as much attention as possible in “organic search” results – that is, the search results they don’t pay for.

GShift got its initial funding from the Investment Accelerator Fund administered by MaRS, the Toronto technology incubator, and LaRiviere says the funding climate for tech startups in Canada isn’t as bleak as some people say. “Based on what we’ve been able to achieve,” she says, “I know that there’s really great investment out there for really great ideas.”

At the Canadian New Media Awards, Syncapse Corp. was named company of the year. The three-year-old Toronto firm has a suite of software to help businesses manage their social media activities.

Founder and chief executive Michael Scissons got an early start in social media as Canadian director of Facebook media sales for advertising firm Interpublic Group, and saw an emerging market. Starting with a focus on services, Syncapse introduced several software products and this fall integrated them all into the Syncapse platform. 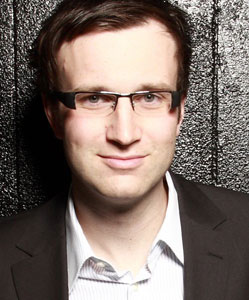 Syncapse founder Michael Scisson has raised $5.5 million in financing during 2010.

The company has 140 employees – about 40 of them at its London, U.K. office and the rest in Toronto, and has raised $5.5 million in financing this year. It also acquired two other companies in 2010. While Syncapse had to do lots of evangelizing to convince potential customers of the need for its products and services at first, Scissons says, it is in “probably one of the hottest verticals” in the tech sector and its greatest challenges have to do with managing rapid growth.

Like LaRiviere, Scissons says he hasn’t found raising money in Canada terribly difficult. While the U.S. has a larger venture capital community – and Syncapse is exploring that now – “Toronto has a vibrant angel investor community,” Scissons says, noting that his company raised “three and a half million in four and a half days.” He also praises institutional investors here.

The winners say the CIX and CNMA awards give them valuable recognition, and also signal that Canada’s tech sector is thriving.

“In terms of social media technology,” Scissons says, “Canada has really been at the forefront of everything going on.” And Hyatt, speaking of the competition for CIX honours, says  “there were some terrific Canadian tech companies. The interesting thing about Canada right now it that we’re becoming a hotbed for tech companies again.”

Grant Buckler
Freelance journalist specializing in information technology, telecommunications, energy & clean tech. Theatre-lover & trainee hobby farmer.
Previous article
Secure your IT in a quarter of an hour
Next article
Watch out for mobile malware menace in 2011