Avoid disaster with these 6 ways to backup your Gmail account

While surfing on Google+ I noticed a banned Google account and it got me thinking – What if my Google account were banned for some reason? I could lose access to all of the emails that I’ve stored on Gmail’s cloud for years.

If you’ve ever sifted through your email archive for some piece of critical information, you understand how devastating a scenario this could be. That thought led me to research about existing ways to back up my email and other data. Since all my emails are backed up on Google’s Gmail, I found some interesting apps and methods. One of them can even restore all emails back to any Gmail account. Let’s take a look.

This program is available for Windows 7, Vista and XP users. It can also be installed on Mac OS X and Linux. After installation, you need to setup Gmail to work correctly with GMVault. This can be done by following visual instructions laid out on GMVault’s site.

Installation is pretty straightforward but using it may require reading a few simple steps at the beginning. When you first click on the installed GMVault icon it looks like a Windows command prompt, but don’t let that scare you. It’s as easy as copy-pasting one line of code which is available on the visual instructions link above and the Gmail address you wish to backup. 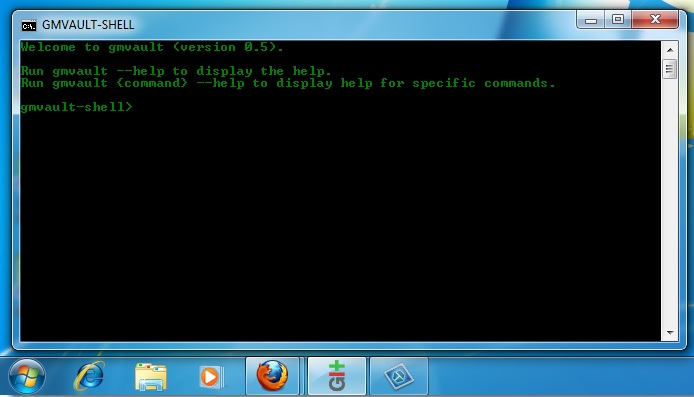 The first time it may take a little longer to backup all your emails (three to six hours depending on how many emails you have). After that, the program will only backup new emails and so it will take less time.

This is another way to backup all your emails from Gmail. What’s even better about this method is that you can restore the emails to any Gmail account. So in case you lose access to your Gmail account, simply create a new one and restore back all the emails stored on your PC to Gmail.

It works on Windows, Mac, and Linux and can be downloaded here. You can even have your labels intact in your emails. Just make sure the labels do not have any ASCII characters such as *,/,+,’. The code for this software has been made open source.

Even though it works very well, Gmail backup has not been updated in four years. If these free software options become unavailable, or if you need more support, Gmailkeeper is a freemium tool that could come to your aid. It backs up emails with labels. You can simply schedule the backup and then it will create backups at those scheduled intervals.

The trial version lets you create one backup profile. Even then you can only backup just 300 messages. It works on Windows 7, Vista, XP, 2000 or 2003. The paid version will set you back by $19.95 and gets you technical support in addition to unlimited backup and restore on unlimited accounts.

Gmailkeeper led me to another site called ownmycopy.com which lets you save 500 emails on free trial and even backs up contacts, Google docs and calendars.

More than half of Fortune 500 companies now use Google for Work, according to the search giant. We also depend on Google's suite of cloud products for our daily productivity tasks here at

This service lets you backup Google Apps which includes Gmail for $3/month. It even has an option to backup social media and Salesforce. All you need to do is authenticate your account with it and it will store your data on its servers.

Mozilla’s Thunderbird works on any operating system and its free of cost. Simply download the software and install it. Then, simply follow Gmails instructions to set up IMAP and POP here. Better yet, Mozilla has a detailed tutorial on setting Thunderbird up with Gmail.

Wolston is a social media and SEO enthusiast. He has previously worked with brands like Gillette and Channel V. He is passionate about gadgets and loves the internet served with a hot cup of coffee.