Are giant fighting robots the next big spectator sport? 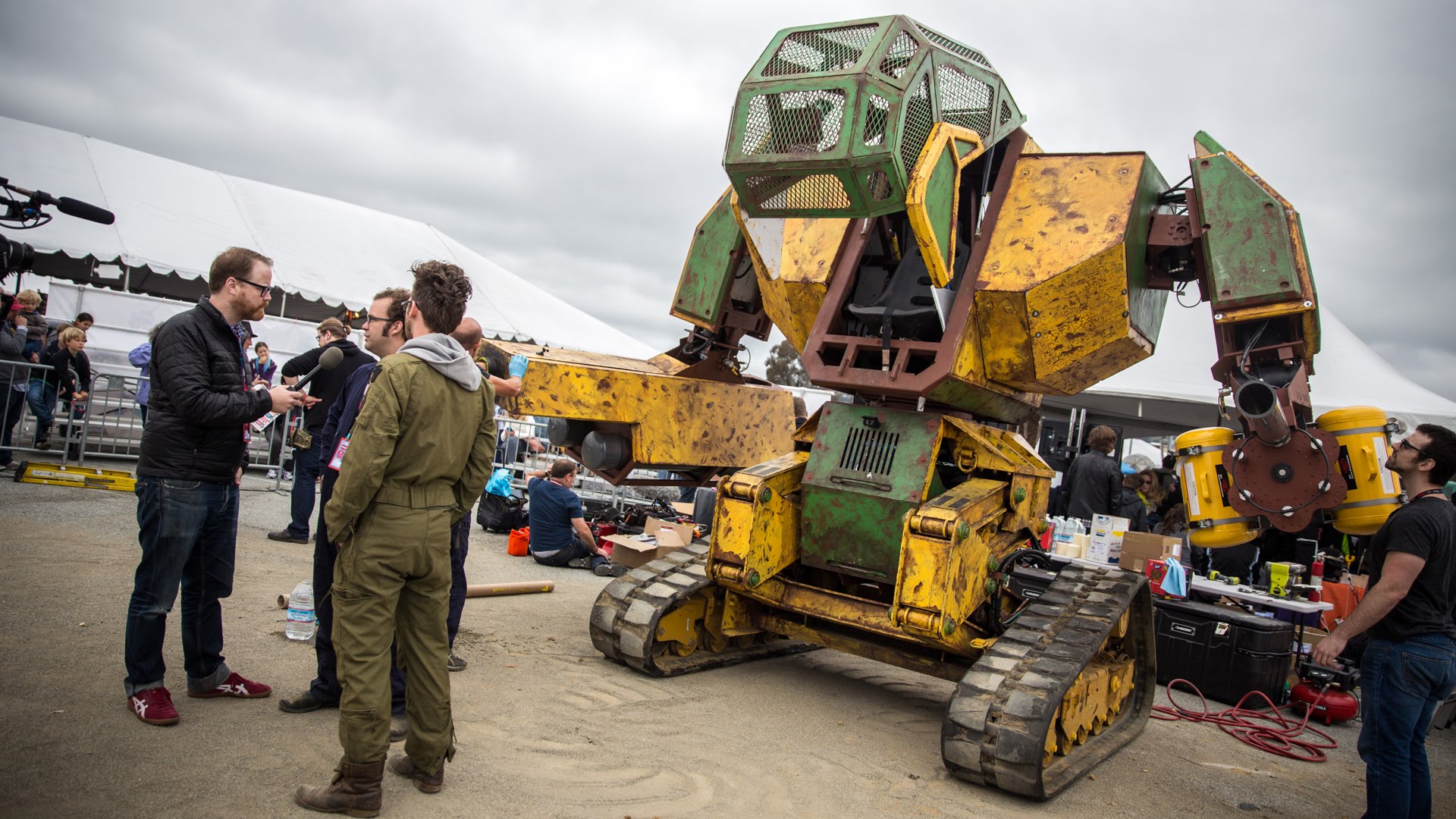 There’s a startup in Oakland, Calif. that is making every sci-fi nerd’s dreams come true.

MegaBots Inc. is literally bringing giant robot fighting to the real world after raising $2.4 million in seed funding. The startup will be working with a variety of partners, including Battle Bots, to make MegaBots a reality.

Suidobashi accepted, but specified that the competition had to include hand to hand combat, something the American bot was not capable of at the time.

MegaBots, or ‘Team USA,’ as they refer to themselves, launched a Kickstarter campaign last August to help finance an upgrade of their machine. They were able to crowdfund $550,000 from the campaign alone. Investors that helped raise the $2.4 million in seed funding include Azure Capital Partners, AME Cloud Ventures, Autodesk and Maveron.

Beyond the highly publicized battle between these two robots, the MegaBots team is looking ahead to the future of the sport they have created. By working with a law firm, the robotics company is hoping to establish an international league where events like this one can take place on a regular basis. Specifically, they’re working with Christopher D. Brearton, a partner at Latham Watkins, who has represented the International Olympic Committee.

The event has been very highly anticipated by online supporters, and many are already starting to make their picks for the upcoming American-Japanese showdown. The fight will take place in July of this year, and investors and fans alike hope to see a technically advanced robot from the Americans. Additionally, investors have expressed interest in negotiating a TV contract for the big event.