Don’t let the name of the Archos 32 Internet Tablet fool you: It’s palm-size, and it more closely resembles an Android smartphone than it does a Samsung Galaxy Tab.

The Archos 32 Internet Tablet ($150, price as of December 3, 2010) won’t disappoint if you’re expecting a high-quality music player with smooth video playback. But if you’re expecting a device with capabilities that mirror those of an Android smartphone, you may not be satisfied: Yes, it browses the Web and even runs Android apps, but this mini-tablet (if it can be called that) misses the mark in several ways.

The first problem, the poor screen resolution, is evident upon initial boot-up. The 240-by-400-pixel display is passable for media-player tasks such as viewing photos and videos, as well as for paging through music cover art. But with text, especially in the settings menus–where much of the text is white on a black background–the screen can be downright harsh on the eyes. You can see the dots clearly, and text appears blurry as a result.

By contrast, Android smartphones with 3.2-inch screens have 320-by-480-pixel displays, which is much sharper and much easier on the eyes. In fairness, considering the $150 price tag, it’s hard to expect the Archos 32 Internet Tablet to keep up with the hardware features of phones costing far more. But the iOS-based Apple iPod Touch delivers a far sharper display for not much more.

Surprisingly, the display supports 16 million colors, much more than the 65,536 colors supported on the two phones mentioned. Although the device comes with Android 2.2.1, it doesn’t support pinch zooming; a double tap zooms in, or you can use on-screen zoom controls. According to Archos, the device supports Adobe Flash 10.1, but it didn’t at the time of this review because Adobe had not yet certified the necessary plug-in. The Archos 32 comes with 8GB of internal memory but does not have a slot for removable memory cards.

The interface looks slightly different from the stock Android interface, but the Archos 32 Internet Tablet is nonetheless fairly easy to learn. Android-phone veterans will have no problem learning the device’s front-panel touch-sensitive keys and side buttons, since they are essentially the same as on Android smartphones; newcomers, meanwhile, will find the layout intuitive enough. Joining the familiar Android Back, Menu, Home, and Search keys on the front are two volume keys in the spots where a smartphone would have had Connect and Disconnect keys. You can also control volume with a side rocker button positioned just above the power button.

Physically, the Archos 32 Internet Tablet is compact and highly portable. Measuring just 0.39 inch thick and weighing only 2.5 ounces, the device is barely noticeable in a shirt pocket. Inside it has an 800MHz ARM Cortex A8 processor, plus a lithium polymer battery that is rated for about 8 hours of Web surfing, 6 hours of video playback, and 24 hours of music playback.

Media handling is the one area in which the Archos 32 passes muster. Audio playback was excellent in our tests. The device has customizable settings for different types of music, as well as a 3D sound expander. It supports numerous audio and video file formats, including MP3, WMA, WAV, AAC, MPEG-4, M-JPEG, and Windows Media Video 9/VC-1. In our tests, video playback was smooth and jitter-free, though images were not as crisp as we’ve seen elsewhere. The image viewer can handle JPEG, BMP, PNG, and GIF files, but as expected they appeared less satisfactory than on higher-resolution devices.
We encountered a few curiosities in the design. The Archos 32 Internet Tablet can go online by tethering with a wire or via Bluetooth with a compatible cell phone–but if you’re going to do the latter, there’s no real reason for you to have this device to begin with. The headphone jack doubles as a composite video-out port, which means you can watch videos stored in the device on a TV. And the unit has a low-resolution camera, which I actually found easier to use when I held the device upside down, due to the placement of the lens on the bottom of the back.

Even though the Archos 32 can run Android apps, it doesn’t have access to Google’s Android Market. Instead, it comes with a link to the AppLib Android software library, which has a wide selection of mostly lesser-known apps. A handful of apps are preinstalled, including Level Up Studio’s Touiteur for Twitter, the eBuddy instant messaging client, and Polarbit’s Raging Thunder racing game.

The device lacks a speaker, but it does have a built-in microphone, which means that you can use VoIP phone services such as Fring while connected to the Internet via Wi-Fi. But once again, the low-res screen may hold you back: Our attempt to install Skype for Android halted at a screen that said the device wasn’t supported since the app requires a display resolution of at least 320 by 480 pixels.

As a media player, the Archos 32 Internet Tablet could be a good traveling companion on the cheap if you don’t already own an iPod Touch or a smartphone, but if you’re looking for smartphone-quality Web surfing and apps, or if you want to read text material on its small screen, you will be disappointed. 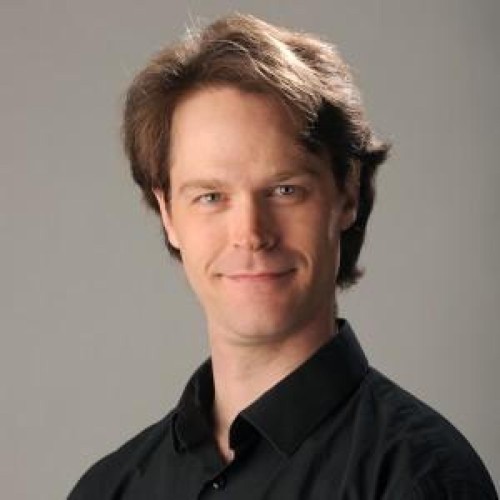 How to safeguard your smartphone data