Apple Inc. is updating its most popular iPad – the original 9.7″ screen size – offering specs that are a step down from the iPad Pro model, but also knocking hundreds of dollars off the price, it announced on Tuesday.

The new iPad will go on sale this Friday, available for order in Canada and several other countries, and shipping next week as well as arriving in Apple Stores and with authorized resellers. It’s starting price in Canada will be $449 for a model with 32 GB of storage and Wi-Fi, and $619 to add LTE connectivity.

Adding a classic iPad to its lineup of tablets means Apple now offers four different options for prospective buyers – the 12.9″ iPad Pro, the 9.7″ iPad Pro, the iPad, and the iPad Mini 4.

The main differences comparing the iPad to the more premium iPad Pro look to be found in a slightly slower CPU and graphics processor, and the capabilities of the front and rear cameras. Compared to the Pro, the new iPad is slightly thicker and heavier. Also, it won’t work with Apple’s peripherals such as its Pencil or Smart Keyboard. Otherwise, the new iPad supports everything you’d expect to find – Siri, TouchID, and Apple Pay.

Here’s a table breaking down the differences. 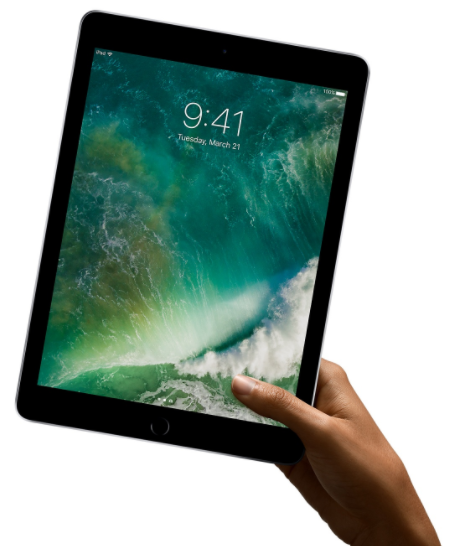 Consumers looking for the higher storage option of 128GB will have to shell out $579 for the Wi-Fi model. The new iPad is available in silver, gold, or space grey.

The iPad Mini 4 is also now available in higher storage capacity options, at the same price it was sold for previously. For 128GB, the Wi-Fi model starts at $549, and the LTE model starts at $719.

Brian Jacksonhttp://www.itbusiness.ca
Editorial director of IT World Canada. Covering technology as it applies to business users. Multiple COPA award winner and now judge. Paddles a canoe as much as possible.
Previous article
Expect talent, investment, and Canada to be key points in the 2017 federal budget
Next article
Uber loses president after controversies continue to rock the ride-hailing giant