A Taiwanese government office is warning local PC vendors of a new Apple patent for its MacBook Air that could be used in legal action to try and stop the sale of ultrabook models.

Last month, Apple received a U.S.patent for the exterior wedge-like design of its MacBook Airdevices. The intellectual property office of Taiwan’s Ministry ofEconomic Affairs, however, worries the patent could create legalproblems for ultrabooks, given that the laptops also feature thin andlight designs similar to the MacBook Air.

“We are recommending that PC vendors be careful,” said Xue Shuhua, apublic relations staff member with the office on Wednesday. 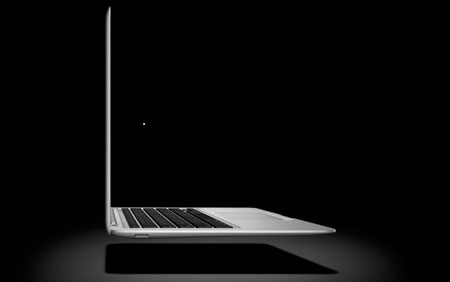 Apple has received a U.S. patentfor its exterior design, which is thicker at the fold and tapers off atthe outer edges.

Xue noted that Apple has already targeted Taiwanese smartphone vendorHTC in several patent-related complaintsthat have sought to ban theimport of the company’s phone into the U.S. The legal battles haverecently delayed the shipments of HTC’s newest smartphones to thecountry, the result of a U.S. International Trade Commission ruling.

“Companies that manufacture ultrabooks should avoid the Apple patentwhen producing their products,” Xue said. The office plans to hold ameeting with Taiwan’s PC manufacturers, but has yet to decide when orwhich companies to talk with.

Taiwan’s PC vendors include Acer and Asus, both of which sellultrabookmodels in the U.S.

Acer said in a statement, “Apple’s patent on the teardrop profiledesign is different to Acer’s ultrabook design. Hence, currently, thepatent has no impact on Acer.”

The warning is just the latest move by Taiwan’s electronics industry totry and fend off patent disputes. Last year, a major Taiwanese researchinstitute announced it was creating an intellectual property “bank”to acquire patents in Taiwan and abroad as a way to protect vendorsfrom further patent infringement lawsuits.