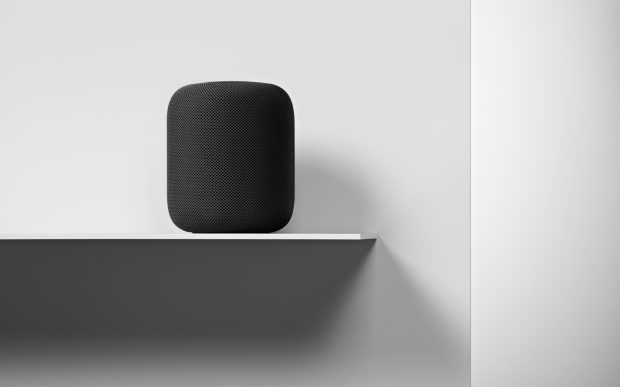 Apple Inc.’s HomePod smart speaker will be available in Canada starting June 18 for $449, the firm announced on Tuesday.

The announcement came along with an update to HomePod’s capabilities via iOS 11.4. Now the iOS devices used to control HomePod (iPhone or iPad) can be used to place two HomePods in a speaker pair, and with a new multi-room audio system using AirPlay 2. AirPlay is Apple’s proprietary wireless communications technology used for streaming video or audio content from one device to another.

The HomePod will also be launched in Germany and France on June 18. The smart speaker was first launched to the U.S., U.K., and Australian markets on Feb. 9. But the lack of official support didn’t mean you couldn’t use it in Canada. We tested out the limitations of the smart speaker after buying one south of the border.

With the official launch in Canada, Canadians will be able to access localized services and searches via Siri.

The HomePod comes in either white or space grey, and is compatible with the iPhone 5s or later, iPad Pro, iPad Air or later, the iPad mini 2 or later, and the iPod touch sixth generation with iOS 11.2.5 or later. For stereo pairing and multi-room audio, iOS 11.4 is required.

Apple says that at launch, only English language will be available in Canada, with Canadian French coming later this year. Also, support for the Calendar feature will be coming later in the year.

Brian Jacksonhttp://www.itbusiness.ca
Editorial director of IT World Canada. Covering technology as it applies to business users. Multiple COPA award winner and now judge. Paddles a canoe as much as possible.
Previous articleSamsung launches AI centre in Toronto
Next articleThe myths around AI, as explained at the Toronto Tech Summit