The new Mac Pro embraces a conservative square design, a far cry from the cylindrical tube of the past. The entire front and rear are peppered in ventilation holes to ensure the three front chassis fans can pull enough air.

To make the Mac Pros more mobile, Apple has added a handle at the top and wheels at the bottom.

Internally, the new Mac Pro’s built on an enforced modular frame so components could be easily swapped and upgraded. It would, of course, only accept hardware certified for Apple computers, but this design appears far more user-serviceable than the tube. 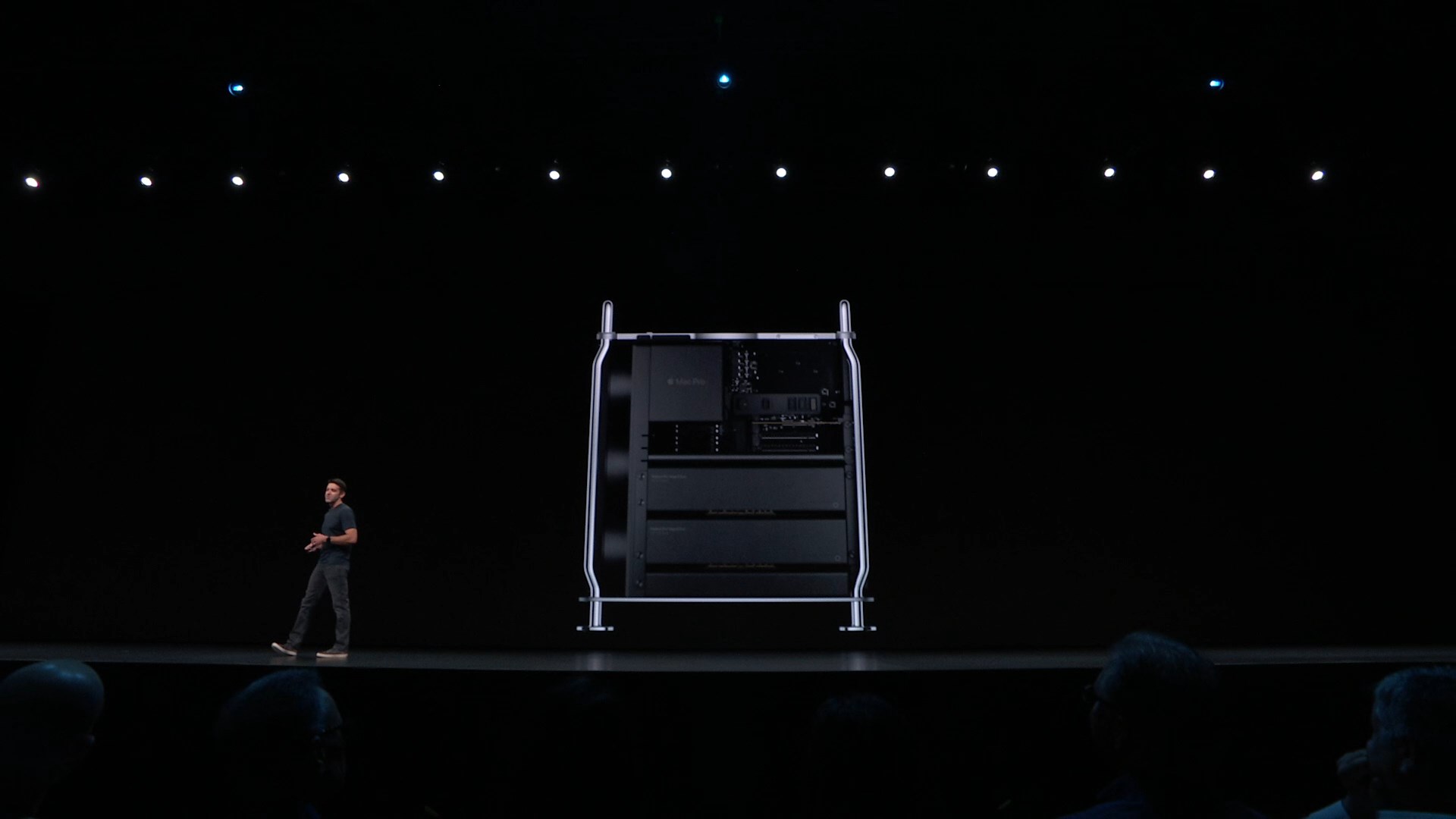 Apple has raised the performance ceiling for the Mac Pros. It now can be configured with up to a 28 core Intel Xeon processor, which is supplied with up to 300W to ensure that it runs at the highest speed. The processor is paired with 12 DIMM DDR4 RAM slots for up to 1.5TB of 2,933MHz EEC. In addition, it has a total of eight PCIe expansion slots, accepting up to two AMD Radeon Vega II Duo dual-GPU graphics cards. 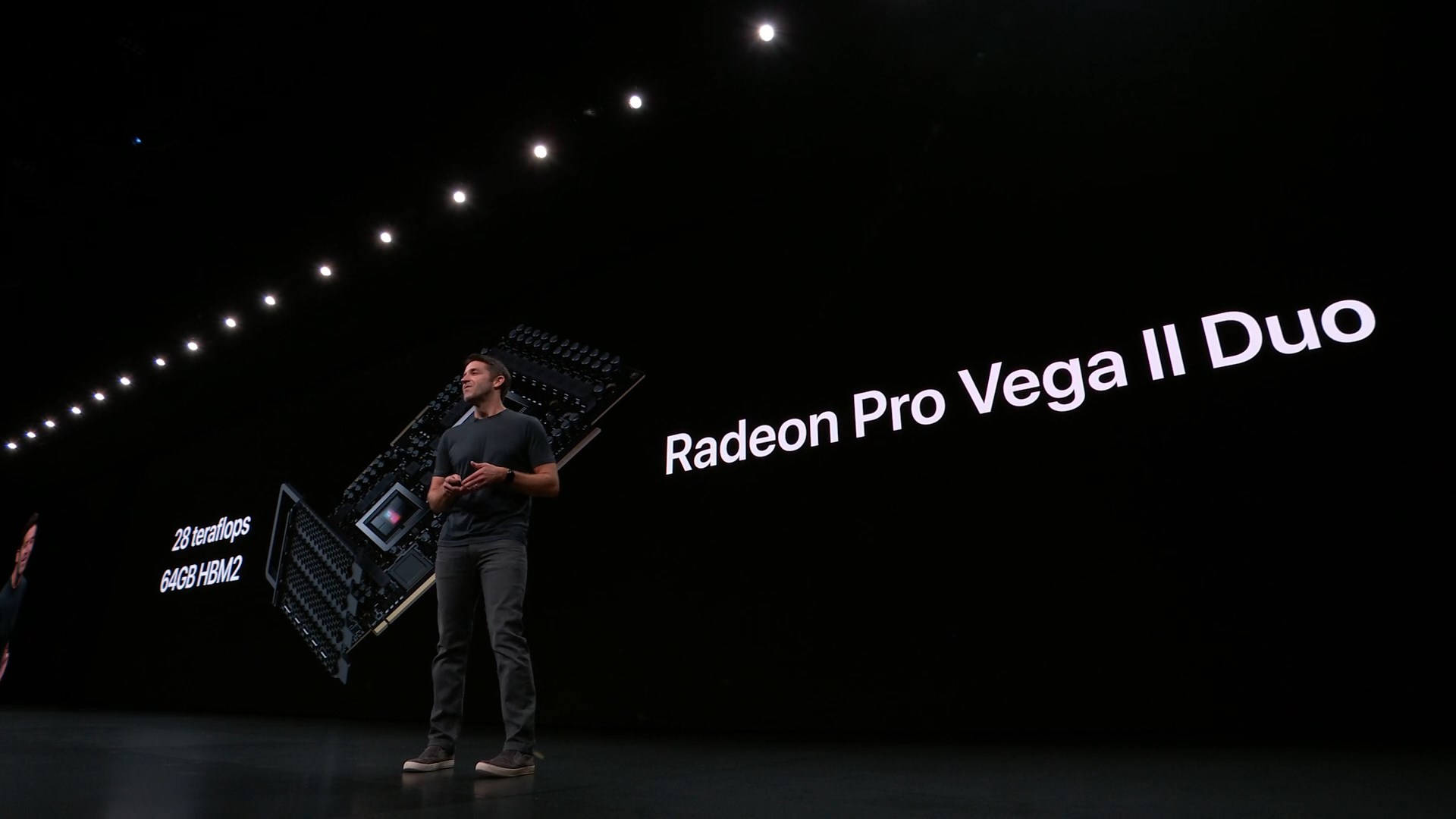 For the video producers who need a more specialized solution, Apple has also announced the Afterburner accelerator card capable of processing 6 billion pixels per second and up to three 8K video stream playbacks simultaneously. 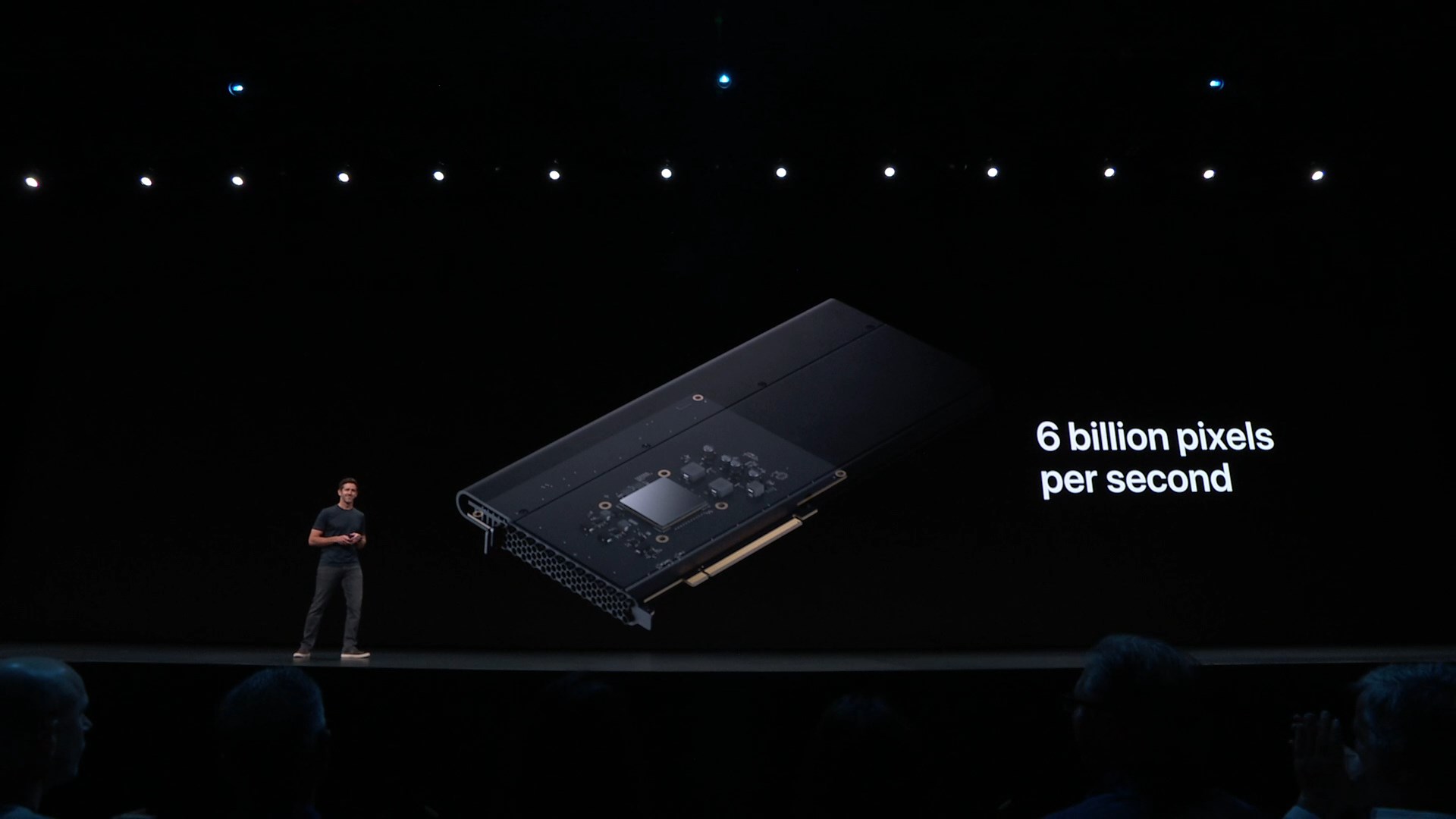 Powering all these components is a whopping 1.4kW power supply, which is equivalent to a small home oven. 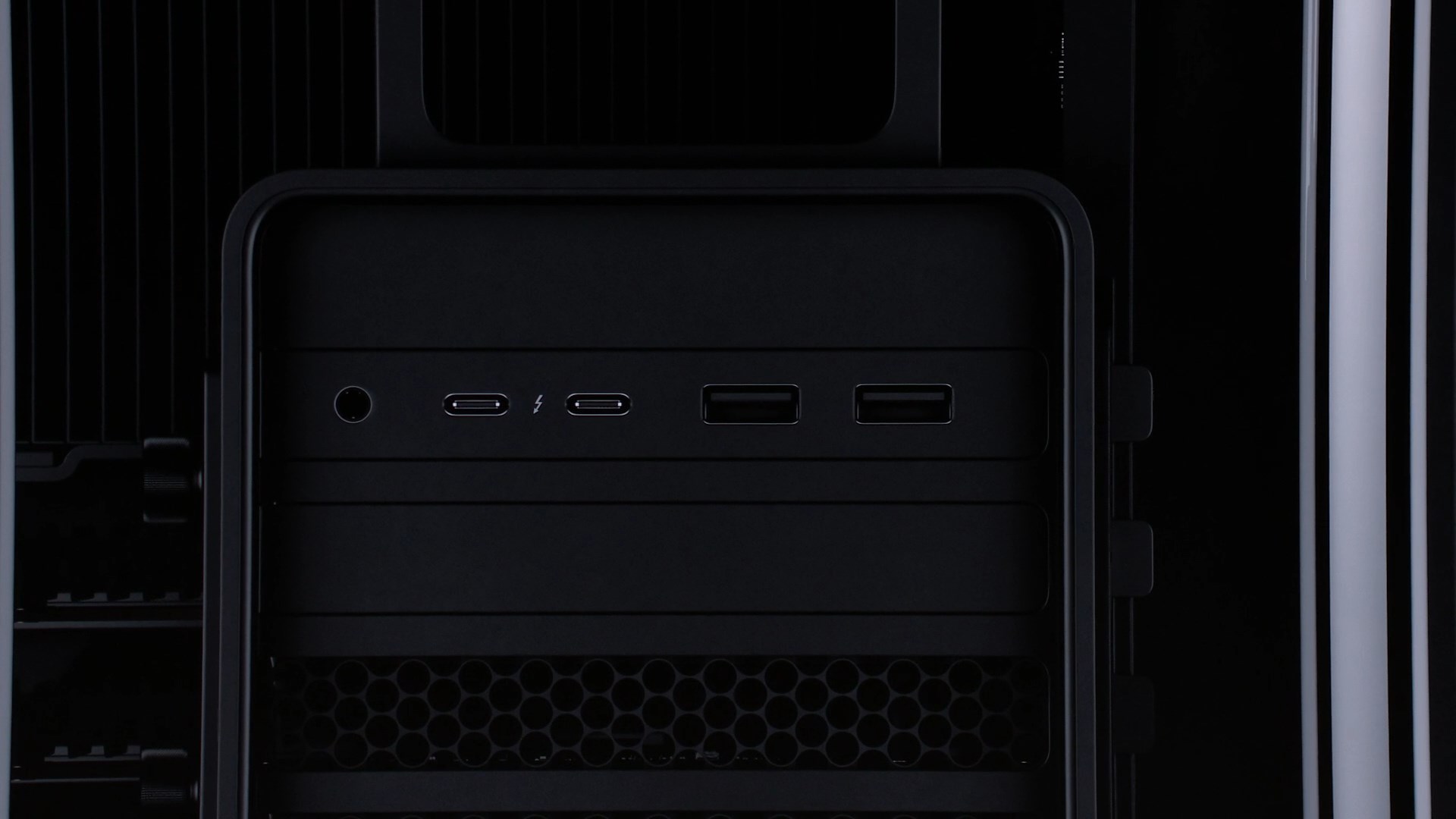 The Mac Pro 2019 base model will be available this fall starting at USD $5,999 (around CAD$8,067). Apple didn’t announce the exact base configuration, only that it will come with a passively-cooled AMD Radeon Pro 580X graphic card.

Tom Li
Telecommunication and consumer hardware are Tom's main beats at IT Business. He loves to talk about Canada's network infrastructure, semiconductor products, and of course, anything hot and new in the consumer technology space. You'll also occasionally see his name appended to articles on cloud, security, and SaaS-related news. If you're ever up for a lengthy discussion about the nuances of each of the above sectors or have an upcoming product that people will love, feel free to drop him a line at tli@itwc.ca.
Previous articleCIRA announces $1.25M in funding for Canadian internet projects
Next articleHashtag Trending – Apple WWDC; Major outages for Google; Doctors battles fake news