The minds behind Angry Birds released Bad Piggies from their pen of highly addictive games this morning.

Rovio’s new game takes place on fictional Piggy Island, according toour source story from PCMagazine, and the goal is for the pigs tosteal eggs. To do that, they have to build vehicles out of 33 availableobjects on the island, then ride those vehicles over to the eggs theyhope to snatch. 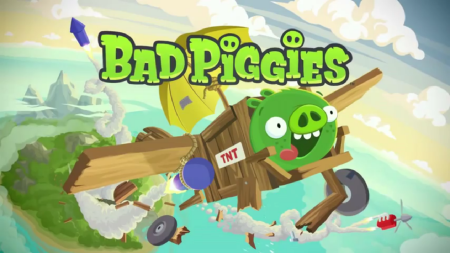 Bad Piggies is the first Rovio game spun off from the now-ubiquitousAngry Birds upon which the company has built its mobile gamingfranchise. Angry Birds Space, the fourth incarnation in the Angry Birdsgaming series, was downloaded 10 million times within three days of itsrelease in March. In May, Rovio said Angry Birds had hit 1 billion downloads.

Bad Piggies is available for iOS, Android, Mac and PC with a WindowsPhone version coming soon. There’s no mention in the PC Mag story aboutpricing.

Christine Wonghttp://www.itbusiness.ca
Christine Wong has been an on-air reporter for a national daily show on Rogers TV and at High Tech TV, a weekly news magazine on CTV's Ottawa affiliate. She was also an associate producer at Report On Business Television (now called BNN) and CBC's The Hour With George Stroumboulopoulos. As an associate producer at Slice TV, she helped launch two national daily talk shows, The Mom Show and Three Takes. Recently, she was a Staff Writer at ITBusiness.ca and is now a freelance contributor.
Previous articleExperts call for Privacy Commissioner to reveal data leaking Web sites
Next articleLatest Sophos security releases target Android malware, Dropbox files

TinyCo to open its first Canadian office in Vancouver