Android tablets to surpass iPad in global sales by 2015: IDC

The Kindle Fire is burning a hole in Apple Inc.’s global dominance of the tablet market, International Data Corp. research suggests.
In fact, Android tablets could suprass Apple’s iPad as the top selling tablets in the world by 2015, IDC says. 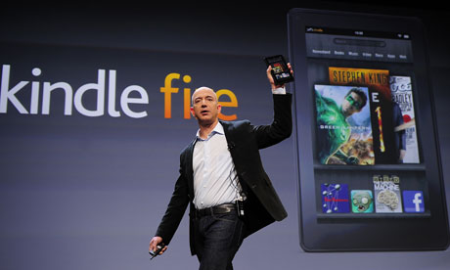 Although the iPad remains the leader with a54.7 per cent of globaltablet sales in the fourth quarter of 2011, that’s a drop of almostseven per cent from a year earlier, the Financial Post reports. Much ofthat decline was due to Android tablets – especially Amazon’s KindleFire — which saw their market share grow by over 12 per centduringthat period to hit 44.6 per cent overall, IDC says.

“The sheer number of vendors shipping low-priced, Android-based tabletsmeans that Google’s OS will overtake Apple’s in terms of worldwidemarket share by 2015,” IDC said in a news release.

Global tablet shipments continue to be strong, with 28 million unitsshipped in Q4 last year, up 155 per cent from Q4 2010. The boom has ledIDC to revise its own forecast upward to a prediction of 106 millionshipments in 2012, up from its earlier estimate of 87.7 million.