AOL has entered into a definitive agreement to sell over 800 of its patents and their related patent applications to Microsoft, it said Monday.

The sale of patents and a non-exclusive license to its retained patentportfolio will fetch the company over US$1 billion in cash, AOL said. 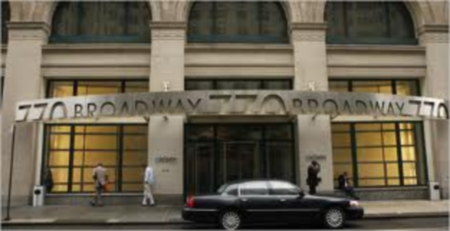 AOL (its NYC headquarters areshown above) will receive licences for the $1 billion worth of patentsit’s selling to Microsoft.

Ailing AOL has been trying to sell itspatents to raise cash, and thedeal with Microsoft reflects growinginterest from technology companiesto acquire patent portfolios both to counter and deter patentlitigation.

Facebook for example acquired 750 patents from IBM last month, as thecompany battles Yahoo in court in a patent dispute.

After the sale, AOL will receive a license from Microsoft to thepatents it has sold. It will also continue to hold over 300 patents andpatent applications spanning core and strategic technologies, it said.

AOL did not disclose what were the patents it had sold, or in whichtechnology areas. The deal was finalized after a competitive auction.

The transaction is expected to be completed by the end of this year,depending on regulatory approvals, including antitrust regulations.

Advertisers think Canadians are watching a lot of online video, and they’re...