Adobe will encourage – but not force – enterprise customers to the cloud 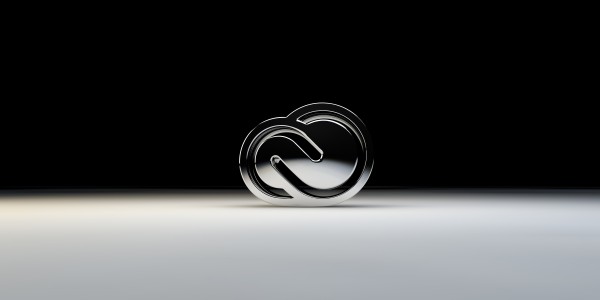 The software vendor shook up the way software is licensed in 2012 with the launch of Creative Cloud for individuals, requiring users of Photoshop, Premiere, InDesign and other Adobe Creative Suite products to purchase the applications through an annual subscription model – no more perpetual licenses would be available.

Adobe sees this model as the future, and there was no looking back last week at its annual Adobe MAX conference for creative professionals. Executives made clear during the conference there would be no going back – this is the future of software, and only the cloud subscription model allows them to roll out the steady updates and innovations they showed conference attendees.

There is still an exception to the cloud-only model: enterprise customers. Adobe launched Creative Cloud for enterprise in 2012, but Terry Fortescue, director of product marketing for digital publishing with Adobe, said in an interview that, at the time, large businesses were still a little cloud adverse.

“Cloud was not a friendly term for some of our customers in financial services, or pharma,” said Fortescue.

Adobe’s answer was to offer these customers enterprise term license agreements – they can get the Creative Cloud desktop tools and deploy them anonymously, just as before – but for a price, of course.

Fast-forward three years, and cloud is no longer such a dirty word, and Adobe is finding more traction with larger businesses Creative Cloud for enterprise. Fortescue said a number of recent initiatives are driving increased enterprise interest: new ways to deploy licenses and a new level of content protection.

“In a lot of ways, it brings a lot of the IT capabilities a large company needs,” said Fortescue.

Businesses now have two choices for deploying Creative Cloud for enterprise: a multi-tenant instillation, as a service deployment where their data may reside on the same server as another organization’s, or, announced in June, a single-tenant option where large companies can purchase their own Amazon colf storage, set up a VPN tunnel, and have their own data stored behind their own corporate firewall.

“We took off the layer of architecture where we had shared services and rewrite everything to work behind a company firewall,” said Fortescue. “We’re just rolling it out; a dozen customers are piloting it. Now we can encrypt data, both over the wire and at rest. And should for whatever reason Creative Cloud get hacked, the customer and not Adobe own the encryption key.

Pricing is tiered for the two CC enterprise options. Multi-tenant is more expensive per seat than the CC for teams option, but the volume licensing discount businesses make it about the same. The private cloud option is more expensive as Adobe is hiring people top manage the virtual cloud instillations.

More from Adobe Max
4 creative gurus share their inspirations, from Baz Luhrmann to Humans of New York
Adobe gives marketers and creatives ability to create their own mobile apps

CC for enterprise also supports the mobile applications Adobe has developed for most of its applications with VPN and federated identify for single sign-on and app support. The IT department gets a dashboard that allows them to manage their CC deployments, and decide which updates to push to users to ensure there’s no conflict with other enterprise applications.

Fortescue said most companies are pushing through enterprise updates in a quarterly basis.

Adobe now feels it has an enterprise version of Creative Cloud that addresses the concerns some businesses had about the cloud in 2012, but Fortescue said they will continue to also offer the anonymous deployment option for the foreseeable future.

“We would like to move off anonymous deployment, but it’s a very spicy topic,” said Fortescue. “We encourage customers to explore named user because it gives another layer of security. But there’s no plan to force anyone off in the near future. They have very custom deployments. Governments, for example, need to be offline so anonymous for the near term is better for them.”

Jeff Jedras
Jeff Jedras is a technology journalist with IT World Canada and a member of the IT Business team. He began his career in technology journalism in the late 1990s, covering the Ottawa technology sector for Silicon Valley North and the Ottawa Business Journal. He later covered the technology scene in Vancouver before joining IT World Canada in Toronto in 2005, covering enterprise IT for ComputerWorld Canada and the channel for Computer Dealer News. His writing has also appeared in the Vancouver Sun & the Ottawa Citizen.
Previous articleEight marketing automation vendors compared by R2i Research
Next articleGlobal PC shipments slump to 71 million in Q3 2015