Acer announced today its new Aspire V series of notebooks will be on sale in Canada near the end of June, packing Intel’s Ivy Bridge processors into a slimmer body.

Intel’s third-generation Core i3 and Core i5 processors will power the laptops. The Core i5 version will include Intel’s Turbo Boost Technology 2.0, which can overclock the processor when running demanding applications. 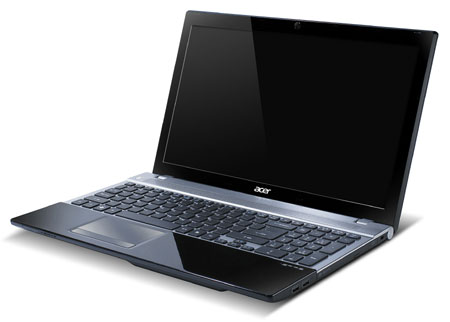 The computers will feature 500 GB hard drives, Intel HD Graphics 4000, a DVD/CD-RW drive, a 1.3 megapixel Web cam, and a USB 3.0 port.  The laptops can be connected to a big screen TV via HDMI, which also supports Dolby Advanced Audio v2 transfer through the connection.

Acer is packaging a couple of its entertainment-oriented software items with the laptops. Acer clear.fi allows for storage and sharing of media across networked devices running the application. Acer Instant Connect will scan and register your most-visited Wi-Fi access points, cutting down the time it takes to connect to those networks.

Users can expect up to five hours of battery life from the Energy Star compliant laptops, Acer says.

The first Acer Aspire V5 series notebooks going on sale at the end of June will start at $649.99. More laptops in the V3 series, with different specs, will be priced starting at $549.99.