Are you female, of African-Canadian or South Asian background and looking to build a tech business?

Chances are you’re likely to think there are not many like you around town. Neither are you likely to find many role models in the local tech startup community that reflects your gender or cultural reality.

The Driven Accelerator Group, a recently launched Toronto-based startup accelerator aims to change all that. The organization’s facilities are located at The Foundery in Toronto. Driven has gathered a diverse group of mentors from different industries and backgrounds and partnered with various companies to provide helped to a very narrowly defined, but least-served segment of the startup community: black and South Asian women.

Applications for enrolment in Driven’s program began April 10. The final deadline for applications is June 18. The Summer/Fall program runs from July 3 to Oct. 3.

Basically, Driven provides business mentorship, co-working areas and business networking and collaboration opportunities. At this stage Driven does not offer funding. However, the group said it will provide funding “in the near future.”

“There is a large number of women of African-Canadian and South Asian background who have training and experience in the STEM  (science, technology, engineering and mathematics) fields who have the passion to build their own business,” according to Tamar-Melissa Huggins, CEO and founder of Driven. “Unfortunately there are very few role models for them,” she said.

Before starting Driven, Huggins founded Knexxion Communication Group, a botique PR agency which focused on media, entertainment and sports marketing. She worked on digital strategies for clients such as H&M, Nike Canada, Cadbury Adams, and Motorola. 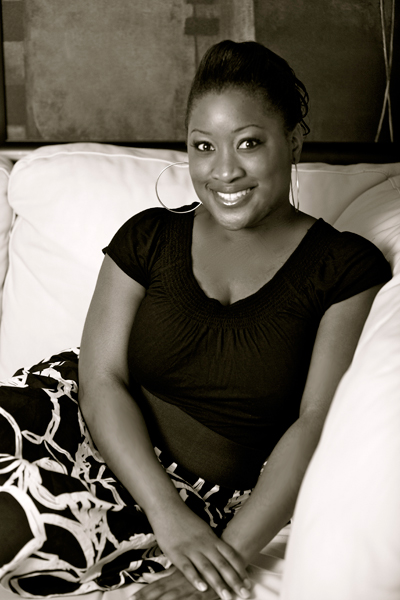 Tamar-Melissa Huggins is the founder of Driven.

She said she is amazed that age-old social constraints that type-cast women as not ideal for technical endeavours still work against female entrepreneurs in the digital era. But African-Canadian and South Asian women have to deal with additional cultural stereotypes Huggins explained. “Women are often identified with what is often called pink-collar jobs. Blacks are associated with entertainment and sports. South Asians are associated with the service industry and even if they are in IT they are not thought of as entrepreneurs.”

Huggins also cited a Research Council of Canada 2010 report which showed that women make up only 22 per cent of the workforce in science and engineering fields. “Much sadder is the fact that of that figure, only one per cent are from the ranks of visible minority groups,” she added.
What Driven is looking for
Driven has a rigid selection process that targets startups with high potential for success . Driven intends to focus on areas such as: mobile technology, Internet, and cloud computing.

The group is looking for companies led by “under-represented minorities.” Specifically, this means the CEO or founder is female, African-Canadian or South Asian.

Huggins said having a business plan and a prototype is very important in the evaluation process and eventual admission to the Driven program. “Your prototype may be semi-functional, completely functional, or even hi-fidelity designs put together to show the product’s functionality. Please to not apply without a prototype to show,” according to Driven’s Web site.

Once accepted, applicants will undergo a full-time program which focuses on launching or taking their companies to the next level. Each startup is given a specific set of milestones that Driven helps them achieve.