Sony Mobile has revealed its new smartphone and tablet offerings aimed at the high-end consumer – and in a media briefing on Tuesday, we saw that while the new Xperia Z2 phone and tablet are pretty similar to last year’s releases, they’re touted as upgrades to what’s already out there.

In this post, we’re discussing the Z2 tablet. Head on over here for our preview of the Z2 smartphone.

The Xperia Z2 tablet – Slim and light, but powerful

When you pick up the Z2 tablet, the first thing you notice is its weight – or the lack of it. One of the slimmest, lightest tablets on the market right now, the 10.1 inch tablet is just 6.4 mm thick.

Actually, when we held it during our media briefing, it felt very, very delicate. The lightness is a great feature for someone on the go, but users need to bear in mind that it feels easy enough to break or bend. 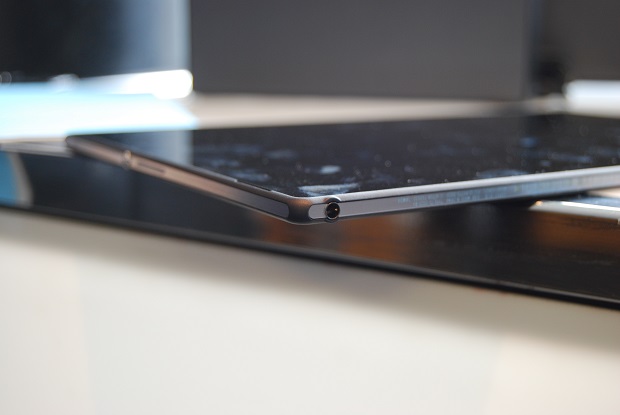 Like the Z2 smartphone, the tablet is dust-resistant and water-resistant under 1.5 metres of fresh water for up to 30 minutes, as long as all ports have been shut tightly.

However, unlike the Z2 smartphone, the tablet edition doesn’t have all the bells and whistles of the phone’s video camera. For example, it does not shoot in 4K, and many of the video effects – for example, augmented reality, shifting background focus, and so on – do not run on the tablet version of the Z2. 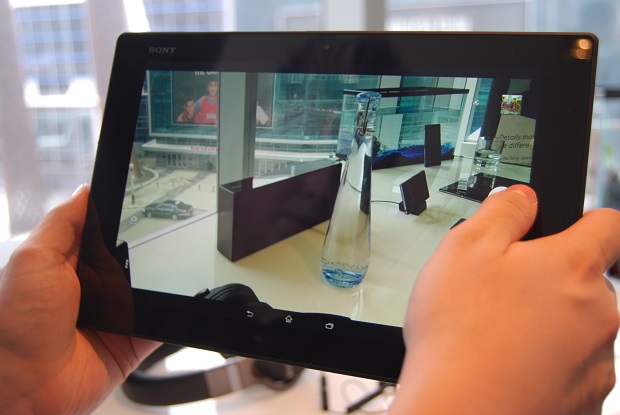 However, that doesn’t mean it’s not a great device in its own right. Packed into the slim frame of the tablet is a quick and powerful processor, plus a compatibility with the PS3’s dual shock controller, meaning tablet gamers can use the controller to play their games. There’s also the option to control a Sony TV remotely using the tablet, provided the user has one, of course.

Essentially, what Sony has done here is leverage the tablet to become an all-in-one device for the living room – and we’ll probably see more integration efforts like this as time goes on.

And again, like the Z2 smartphone, the tablet also has digital noise cancellation capabilities for users who want to buy cheaper five-pin headphones, rather than an expensive noise-cancelling set.

There’s also a compatibility with a Bluetooth remote with a handset function, allowing users to take video conferencing calls and answer them using the remote.

Like the Z2 smartphone, neither pricing nor a Canadian launch date have been named. However, a Sony spokesperson said the device will likely land in Canada in May.

Candice Sohttp://www.itbusiness.ca
Candice is a graduate of Carleton University and has worked in several newsrooms as a freelance reporter and intern, including the Edmonton Journal, the Ottawa Citizen, the Globe and Mail, and the Windsor Star. Candice is a dog lover and a coffee drinker.
Previous articleA look ahead at Sony Mobile’s Xperia Z2 smartphone
Next articleRCMP nab suspect in Heartbleed attack on Canada Revenue Agency