In future museums of vaunted artifacts, the land line telephone will surely occupy a place of wonder and bemusement for coming generations of our ancestors.

The old handset isn’t done just yet, though. According to a new surveyby Primus Canada, a surprising 83 percent of Canadians say they stillhave a land line in their home.

And it seems that extended family (we’re winking at you, Granny May andAunt Sally) are the reason land lines haven’t gone the way ofthedinosaur yet. When asked why they still keep a land line at home, mostpeople (67 per cent, to be exact about it) said it’s the primary waytheir extended family members contact them.

The land line trumps email, texting or social media as the preferredmode of communications when it comes to special occasions, with peoplechoosing it as their top way to say happy birthday (56 per cent) orkudos on your job promotion (48 per cent). Ditto for telling someoneyou’re running late, when 67 per cent of Canadians opt for a phone callover breaking the news via email, text or social media. 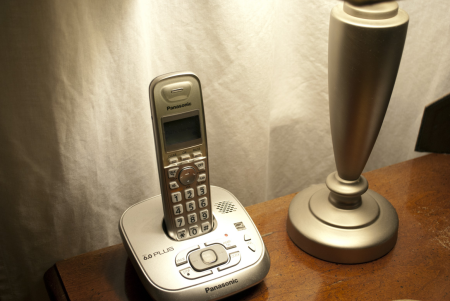 For basic day-to-day keeping in touch, however, email edges out theland line, with 33 per cent of us picking email over the phone (chosenby 30 per cent) as the top way to remain connected with people on anongoing basis. Primus surveyed 1,516 Canadian adults for the study.

No one in the survey mentioned 911 emergency service as a reason tostick with a land line, even though a report last week by the CBChighlighted the fact that cell phones can’t pinpoint a caller’slocation as accurately or quickly as land lines. As one 911 dispatcherexplained in that story, land lines can tell emergency services theexact address a call originates from, while cell phone towers can onlynarrow down a caller’s location within a radius of 10 to 300 metres.