“Water, water everywhere, nor any drop to drink.”

Samuel Taylor Coleridge’s oft-quoted words from The Rime of the Ancient Mariner may well be applied to the marketing industry today.

Despite the avalanche of ads unleashed on North Americans every day, truly spectacular campaigns are notably few, according to Chuck Porter, co-chair and chief strategist at Miami-based advertising and design agency Crispin Porter + Bogusky.

“The average North American is exposed to somewhere between 1,600 to 3,000 messages each day, depending on whose figures you look at,” says Porter.

“If you’re online a lot, or live in a big city you probably see more.”

Bottom line: for your campaign to stand out in this morass of messages you really need a humdinger of an idea.

Porter dubs it “digital Darwinism”, the survival of the smartest … the willingness to do what it takes to develop truly breakthrough creative.

And while some could plausibly argue that brilliant ideas can’t be conjured up at will, Porter submits there are specific steps that aid and abet the creation of wicked campaigns.

He outlined five of these at nextMedia, a learning and networking event for creative professionals held in Toronto last week. The event attracted folk from the advertising, broadcasting, TV production, media-buying and interactive sectors.

Here then is Porter’s list of potent practices for sparking and sustaining public interest in your campaign.

“Today people get bored quickly. So a lot of times now we run commercials just once or twice.”

Endless repetition, the marketing guru says, may also kill the element of surprise, an essential ingredient of a winning campaign. It’s not an oft-repeated, but an unusual message that grabs and sustains interest. 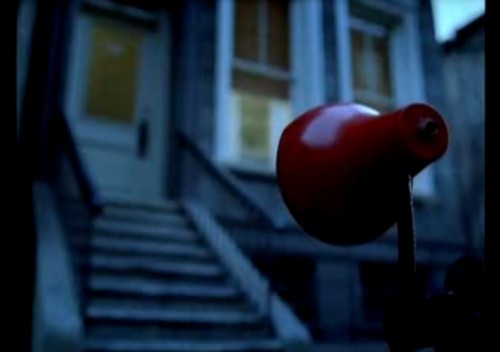 He cited the example of the quirky “lamp” commercial his agency did for Ikea Systems B.V. some years ago.

It shows a young woman discarding a red lamp on a street curb. Sitting next to a black trash bag in the rain, the lamp appears cold and lonely.

Inside a nearby home, the woman lovingly touches her new lamp. All the while a wistful melody plays in the background, and the camera pans to the lamp as its neck sags and shade droops.

Suddenly, an odd-looking man with a Swedish accent says: “Many of you feel bad for this lamp. That is because you’re crazy. It has no feelings. And the new one is much better.”

The IKEA spot, created by Porter’s agency won the Grand Prix award in the “Film” category for the world’s best TV and cinema ads at the 50th Annual Cannes Lions Advertising Festival.

According to Porter, there’s more truth to that old saw than we realize.

You may get can get better results by doing the bizarre or unexpected, Porter said, citing the example of the “Whopper Freakout” campaign, his agency did for Burger King years ago.

A Burger King store in Las Vegas was selected for the “event.”

Customer reactions — which ranged from shock and exasperation to anger and disbelief — were recorded.

A hallmark of this campaign was its integration of TV and Internet advertising, which incorporated aspects of “viral marketing.”

A TV commercial was run that showed reactions of patrons who were told the Whopper had been scrapped. The commercial displayed a link to a Web site.

The site itself featured a longer (and more entertaining) version of the TV spot, and the hope was people watching it would spread the word – kicking off the viral component of the campaign.

This hope wasn’t misplaced going by analysis of traffic data from Technorati and Alexa done by some commentators at the time.

Porter showed attendees a spot his agency created several years ago for Truth, an anti-smoking campaign in the U.S. run by the American Legacy Foundation.

The commercial was one of several Crispin Porter + Bogusky designed for the Truth campaign, which uses Web, print and television to get its message across.

The spot showed footage of tobacco executives being grilled about the consequences of smoking and the “evasive” answers they gave.

“All we did was take some CNN footage and put a new track on it,” Porter said.

He noted that the spot won a Lion award at the Cannes festival. “It’s interesting because the Lion actually cost more than what we spent on making the spot itself.”

Porter noted that despite all the hoopla surrounding “viral video”, many don’t grasp how the phenomenon really works.

“There’s a belief if you just put videos up online, they’ll go viral. But that’s not the case – you need to motivate people to interact with these videos.”

To illustrate how this can be done, he cited ‘Whopper Sacrifice’, the Facebook-based campaign his agency created for Burger King earlier this year.

“We told people that if they dumped 10 of their Facebook friends, we’d give them a coupon for a free whopper.”

When a person dumped a friend, the latter got a message that essentially said: I like you but I like the Whopper better.

Porter said the campaign generated enormous activity and publicity as people scrambled to drop friends before they got dropped.

“About 233,000 friends got dropped. At which time, Facebook called us and said: ‘This was really funny for a while. It’s not that funny anymore.’ They said they would really like us to take it down. So we did.”

He said even when discontinued the campaign continued to generate publicity for the Whopper.

“In fact when it was live ‘Whopper Sacrifice’  got around $12 – $14 million worth of free publicity — in terms of press coverage. The week after we pulled it down it got $30 million worth, just because that created controversy … and that was totally okay with us.”

“Within our own company we’re changing the way we think about generating campaign ideas.”

He cited the example of a Crispin Porter + Bogusky campaign for Domino’s Pizza .

He said the tech team considered the profile of people who call for Pizza delivery. One common feature is many of them order pizza while lazing around watching TV. “So our IT people figured out a way that allowed you — on your TiVo — to order a Domino’s Pizza.

You would have a Pizza Tracker (also created inhouse by Crispin Porter) tell you exactly when it would be there. So you really don’t even have to get up from the couch.”

It enabled customers to assemble and view, name and order their custom pizzas online.

Using the Pizza Tracker pizza creators could also follow their future meal through its entire lifecycle, from receipt of order at the local Domino’s, through preparation, to arrival at the front door via a delivery person they could identify by first name.

Porter said in markets where this capability is available, Domino’s Pizza tripled online sales, and is the number one pizza delivery store.

According to reports, awareness of the BFD and TiVo campaigns spread virally as bloggers began writing about their experiences. Meanwhile Domino’s saw a surge of 11+ million visitors to the Pizza Tracker site, as news outlets profiled the campaign.

Making full use of easy-to-access resources is a fundamental pre-requisite for creating a successful campaign, Porter said.

He cited “Twelpforce” – a Twitter initiative his agency designed for electronics store BestBuy as an example of this principle in action.

“BestBuy employs thousands of “geeks” who know more about digital technology than any of us. We decided to harness this.”

So as part of the campaign BestBuy created a Twelpforce – staffed by around 2,500 salespersons and members of its Geek squad tech support service. 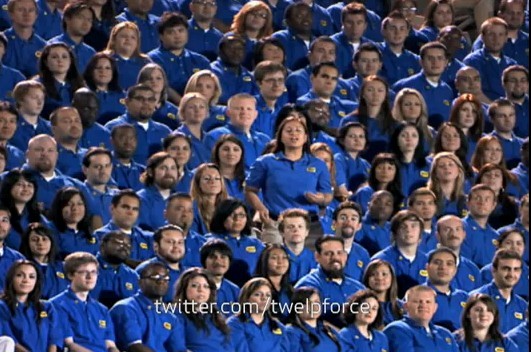 Since July, Twelpforce has answered some 20,000 questions.

The idea is anyone – BestBuy customer or others – can Tweet questions about their equipment or advice on products they should buy on the Twelpforce site.

“Chances are you’ll get at least dozens, if not hundreds, of replies.”

BestBuy employees respond to these questions on company time.

According to reports, since July, Twelpforce has answered some 20,000 questions.

The Twelpforce campaign is using other social media sites – such as Facebook and YouTube– to “virally spread the word. Some commercials  feature customers questioning a stadium filled with blue-shirted BestBuy staff.

In others – set to the tunes of Christmas carols – “twelpforce carollers” outline current deals at BestBuy.