3D software keeps the peace between contractor and designer

A tug-of-war between designers and contractors is not unusual during a construction project.

Many architects have little patience with builders who fail to follow their designs, while contractors often gripe about architects being heavy-handed control freaks.

However all this may be a thing of the past, as 3D software and a new strategy for building contracts are helping put an end to the hostilities.

When the design software maker Autodesk Inc. decided to retrofit a 61,000-square foot building along Trapelo Road in Waltham, Mass. — to serve as the eco-friendly headquarters of its Architecture Engineering and Construction (AEC) solutions division, the company chose to forgo traditional construction strategies such as design-bid-build and construction manager (at risk).

The result: the building was ready for occupancy six months earlier than it typically would have been if traditional processes were used. The facility was also constructed without costly rework.

The structure is LEED Platinum (Leadership in Energy and Environmental Design) certified.

“Typically this project would have taken 12 to 15 months to complete. We went from zero design to ‘certificate of occupancy’ in eight months, without a single change order,” he said.

Sharing the risk and rewards

So how does integrated project delivery work?

Typically, it gets the owner, architect and contractor to establish a collaborative process, where they make decisions together during the design and construction phases, said Phil Bernstein, vice-president of industry strategy and relations for Autodesk’s AEC division. 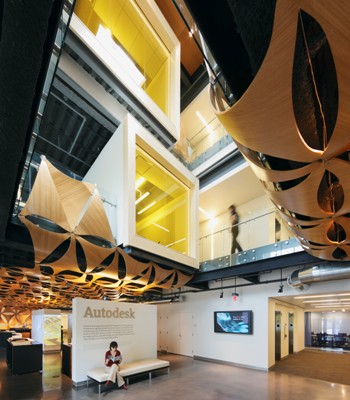 “All three parties share in the risks or rewards depending on how the project works out,” Bernstein told ITBusiness.ca.

That’s very different from the two conventional strategies. In the design-bid-build method, the owner writes a contract with separate entities for the design and construction phases of the project. In the construction project management method, overall planning, co-ordination and control of a project, from inception to completion, aims at meeting the client’s requirements. Financial viability is judged on the basis of the project being completed on time and within budget.

Autodesk estimates the Trapelo Road project would have taken 15 months to complete using the design-bid-build method and about 13 months using the construction manager (at risk) method.

With integrated project delivery, Bernstein said, the emphasis was on collaborating and harnessing expertise and insights from each of the participants to gain maximum value for the owner and efficiency and savings for designers and contractors.

Contractors and designers received a “profit” for meeting their schedule. For instance, a schedule and budget was set for each phase of the project. The budget included profits for the players involved. The profit served as a “buffer” from which funds could be taken in case costs went beyond what was originally estimated.

“If we encountered cost overruns or went behind schedule, the funds or overcharge would be taken from the profit that the stakeholders would have taken home,” explained Bernstein.

As the project prgressed, saving through IPD allowed designers to upgrade certain systems and finishes.

Integrated project delivery is on the very early stages of adoption in the United States and there are only about 20 projects using the method in the country, he said.

The arrangement suited the Trapelo Road project architect KlingStubbins of Cambridge, Mass. “The best thing about integrated project delivery is that it increases our ability to take risks,” said Chris Leary, principal and project director for the architectural firm.

“We can put anything out on the table and get instant feedback from the owner and contractor. That helps us make some really sound decisions very quickly,” he said. 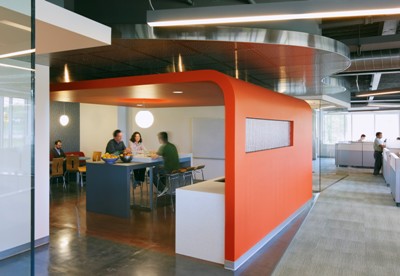 John Tocci, CEO of Tocci Building Companies of Woburn, Mass said IPD provide contractors greater involvement in the early stages of a project. “We don’t usually have a lot of input until we begin construction – long after the design is complete.”

“With integrated project delivery supported by Autodesk BIM solutions, we were intimately involved in the design and virtual construction of the building before we even set foot on the job site,” he said.

Using traditional approaches, KlingStubbins would have asked its internal engineers to design much of the duct work distribution and then coordinate with mechanical subcontractors later on.

With integrated project delivery, the architect and builder brought in mechanical, electrical and plumbing engineering subcontractors to work on various aspects of the building using 3D models of the building. For example, rather than have each subcontractor attach the connectors required to hang his or her lighting, ductwork or fire protection piping from the ceiling, the builder selected a single subcontractor to handle all of these materials. This move eliminated an estimated $2,000 per week in costs associated with renting multiple lifts.

The idea was to use Autodesk’s building information modeling software tools to gather information on how designs and elements of the building would work together in real world situations even before construction began, said Rechtsteiner of Autodesk.

For instance, he said, at one point the team encountered an impasse in the design of the focal point of the building’s entrance hall. Tocci determined the budget and schedule would afford a three-story atrium. However, when the folk from Autodesk’s review team looked at the initial 2D designs, they weren’t impressed.

“What we did was feed the design into the Revit Architecture tool and went out for lunch while the software developed a model,” said Rechtsteiner.

Two hours later, everyone came back opened up the model and using Revit’s “walk-through” feature, and reviewed the 3D design on the computer as though they were walking through the actual atrium. 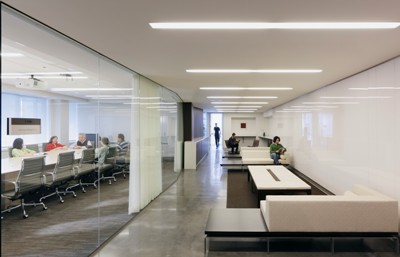 “In the two hours between lunch and the review, we got buy-in from all the groups. This would have taken five to six weeks working with designs drawn on paper,” Rechtsteiner said.